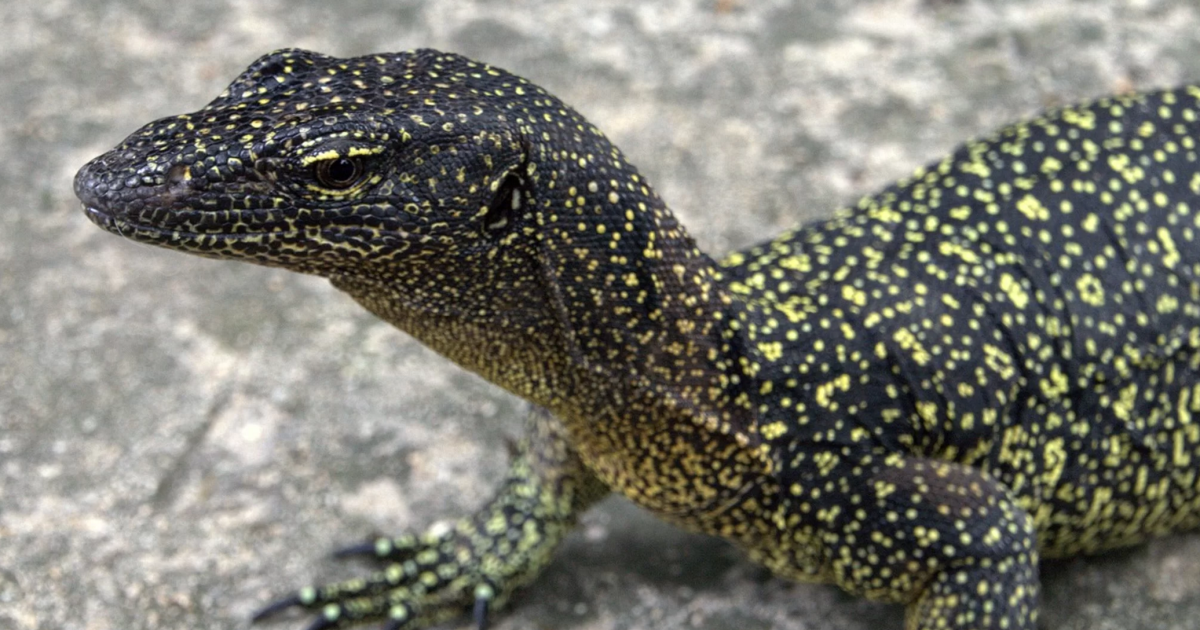 A monitor lizard lost to science in an 1800s shipwreck has been rediscovered on an island in Papua New Guinea.

The medium-sized monitor, Varanus douarrhawas first identified by French naturalist René Lesson in 1823. The scientific name was inspired by the pronunciation of the lizard’s name in Siar, the language of the people who share the lizard’s home on Nova Scotia Island. Ireland. [Album: Bizarre Frogs, Lizards and Salamanders]

However, the lizard specimen collected by Lesson sank in a shipwreck off the Cape of Good Hope in 1824, so the monitor lizard has never been systematically studied. The scientists knew watch for lizards roamed New Ireland, but thought they were the common species of mangrove monitors (Varanus indicus) found throughout New Guinea. (There are about 90 species of monitor lizards in the world.)

That’s not the case, according to new research. Valter Weijola, a zoologist at the University of Turku in Finland, carried out fieldwork on the island with the aim of studying monitor lizards there. He and his colleagues discovered that monitor lizards there are both morphologically and genetically different from Varanus indicus. In reality, V. douarrha has been present on the Bismarck Islands, of which New Ireland is a part, for longer than V. indicusthe researchers reported on April 26 in the Australian Journal of Zoology.

V. douarrha is black with yellow spots that are more densely concentrated on its belly. It grows to around 4.3 feet in length. For comparison, the largest monitor lizard — the komodo dragon – can reach 10 feet in length. V. douarrha is the only large native animal known to live in New Ireland, although fossils have been found of large flightless birds and rodents.

Last year, Weijola and his colleagues discovered another new monitor lizard, V. semotus, on the island of Mussau, which is in the northern part of Papua New Guinea. The findings show that there are more endemic species, or native animals found nowhere else, on the islands than previously thought, Weijola said in a statement.

My pilgrimage to the reptile exhibit, a dark paradise for lizards