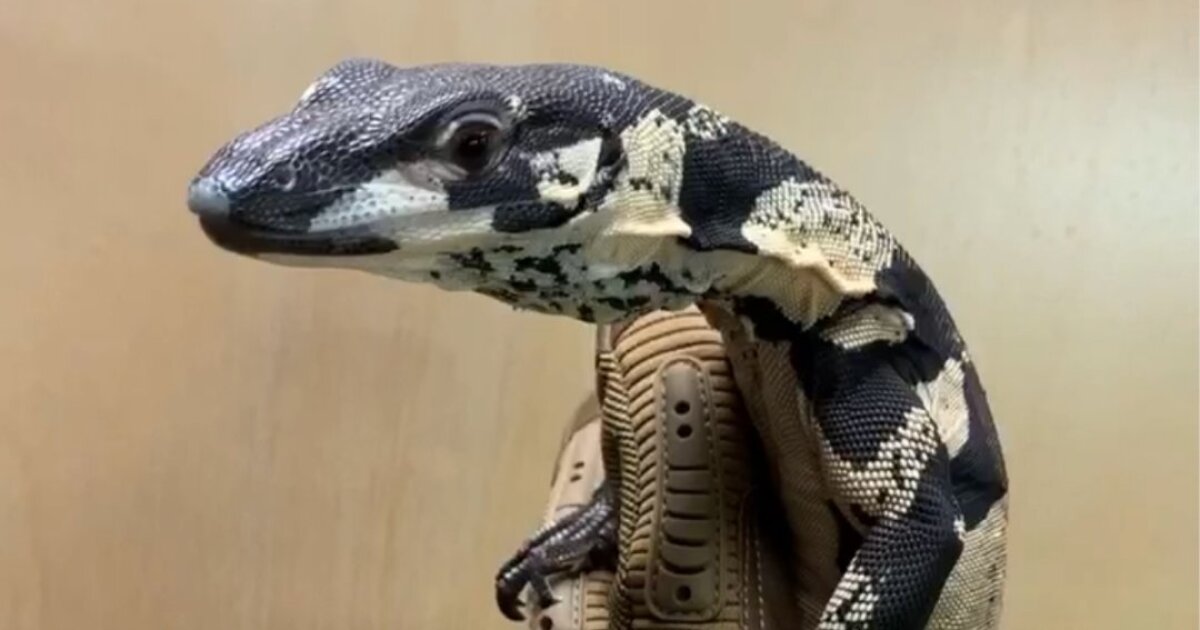 It was a cold-blooded crime.

In November, three people walked into JTK Reptiles on Pacific Coast Highway in Long Beach, broke into cages containing two Australian lace monitors – lizards that can grow to over 6ft in length – and escaped in a car by waiting with the reptiles which together were worth $75,000, according to a report at the time in the Long Beach Post.

Detectives stayed on the trail of thieves and announced a break in the case Friday: The animals had been recovered and two suspects were in custody.

“As far as I know, the lizards were A-OK,” said Long Beach Police Department spokesman Brandon Fahey. “We were lucky there.”

Police tracked the lizards to a home in Panorama City on September 23. Jose Luis Macias Jr., 30, and Kassandra Marie Duenas, 27, who were in the home at the time, were arrested and charged with second-degree robbery, Fahey said. Both were released on $50,000 bail, he added.

Animal control workers were called to retrieve the lizards, which were returned to their owners, according to Fahey.

News of the arrests was overshadowed by another story of a missing animal. On Friday, Bay Area detectives announced they had apprehended a man suspected of stealing an arthritic ring-tailed lemur from the San Francisco Zoo.