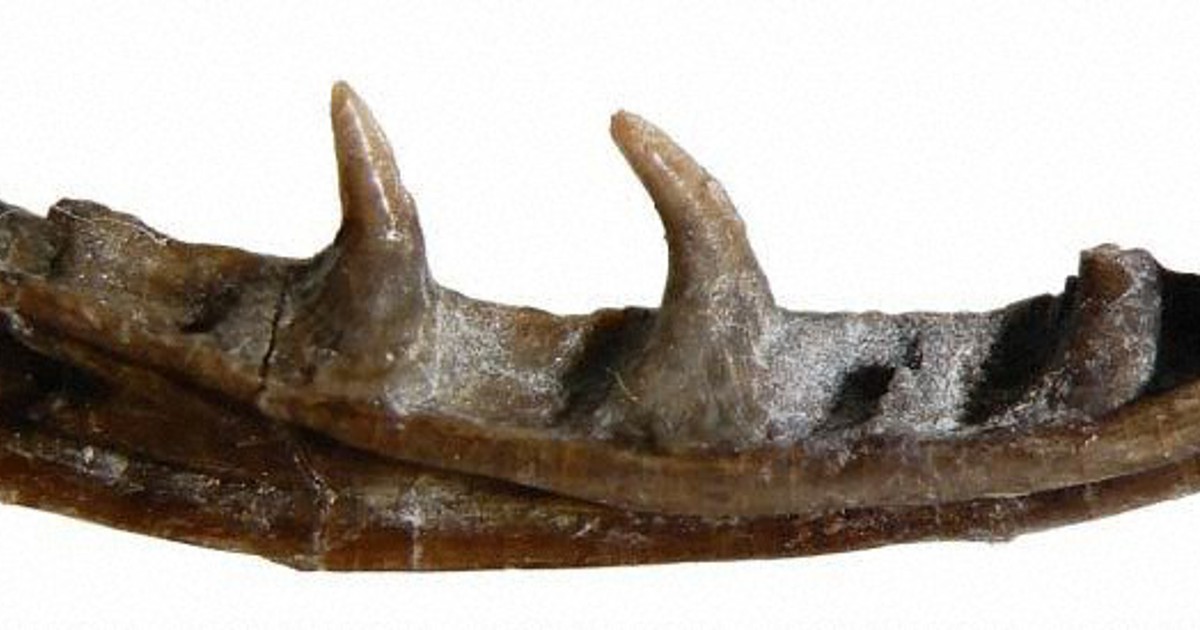 Lizard fossil found in western Japan turns out to be new species: researchers

TAMBA, Hyogo – A fossil unearthed in an approximately 110-million-year-old stratum in this western Japanese city was part of a new species of lizard, a team of scientists said on November 25, including those of the Prefectural Museum of Nature and Human Activities of Hyogo. .

The new genus and species of lizard discovered in the 2019 excavations are believed to belong to Monstersauria, a group of Varanid lizards that currently live in North America and elsewhere. The fossil is considered one of the oldest in the world for the lizard group and is apparently the first such find in Japan.

According to the research team, the fossil is an approximately 2-centimeter portion of the lower jaw, with two nearly full 3-millimeter teeth still attached. Judging by features such as the long, thin jawbone and the shape of the teeth, the team concluded that it belongs to the Monstersauria group. The size of the lizard is estimated to be 30-40 centimeters. The team named the species “Morohasaurus kamitakiensis” from its double-edged teeth, as these blades are called “moroha” in Japanese, and also from “Kamitaki”, the name of the region where it was found.

Among the Monstersauria group, today there are five species belonging to a genus of poisonous monster of Gila in North and Central America. Fewer than 20 cases of Monstersauria fossil finds have been reported worldwide, and the oldest find so far was a fossil unearthed in North America, which dates back approximately 100 million years.

Ikeda Tadahiro, senior researcher at the Museum of Nature and Human Activities, said of the find: “The Monstersauria group may have moved from East Asia to North America, hence they have spread. The newly discovered fossil will be a valuable resource for understanding the origin and evolution of the animal.

The fossil will be on display to the public at the Sanda Museum in Hyogo Prefecture from December 1.

Discovery of an extinct marine reptile shaped like a swordfish – sciencedaily