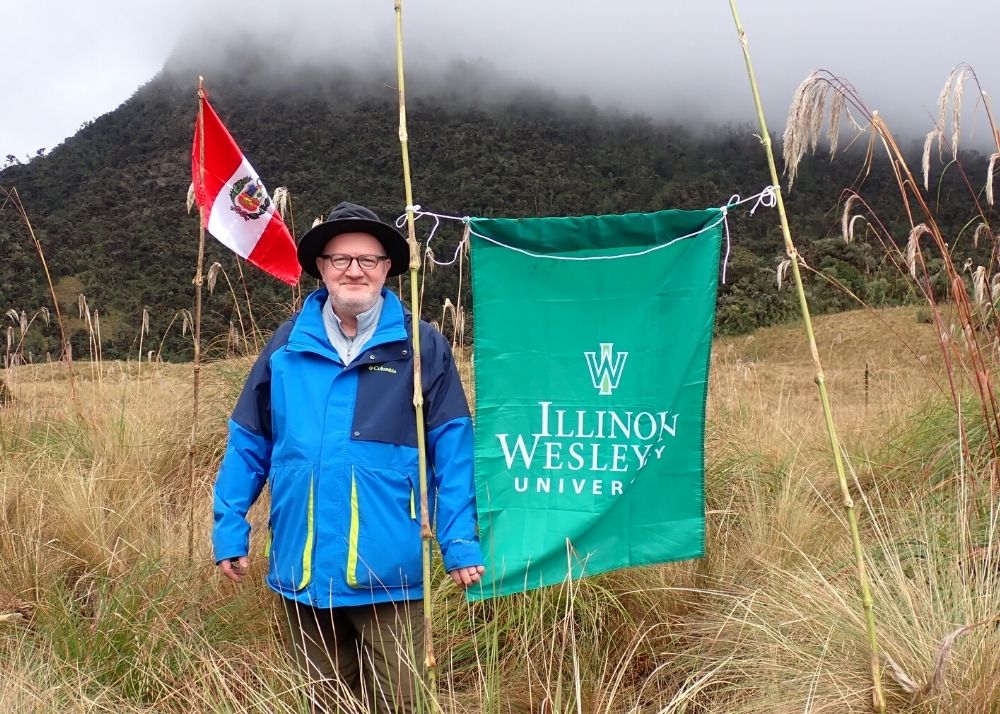 Lehr discovers a new species of lizard in Peru

BLOOMINGTON, Ill. – During a recent research trip to Peru, biology professor Robert Harrington Edgar Lehr discovered a new species of lizard, which he will have the honor of naming.

Similar to Lehr’s earlier voyages, the purpose of this research was to record species of amphibians and reptiles (or herpetofauna), to observe amphibians for the presence of fungal diseases, and to identify new species, a- he declared.

After three years of planning, Lehr and a team of Peruvian biologists traveled to Peru in May for two weeks to study the herpetofauna in the remote Otishi National Park (ONP). During the second day of searching for amphibians and reptiles at 10,670 feet, he discovered a new species of lizard among the moss and grass.

“The name of a new species becomes valid with the scientific publication of its description,” he said. “Therefore, I cannot reveal the new species name here, but I can say that the IWU will be surprised.”

More information about the lizard, including the name, will be released after the results are published in a scientific journal later this year, he said.

“All have experience in the field at high altitudes and I am grateful for their cooperation and company,” he said.

This is not Lehr’s last project in Peru. He received a Fulbright Scholarship 2022-23 which will allow him to return to teaching and researching museum specimens.

With the help of an artistic and academic development scholarship awarded by the Faculty Development Committee (FDC) of Illinois Wesleyan University, Lehr was able to
pursue several research projects in Peru. He has discovered over 100 species of amphibians and reptiles to date.

“It’s always fascinating for me to go to remote places where no biologist has gone before to discover new species,” Lehr said. “Being exposed to the forces of nature was a great experience.”