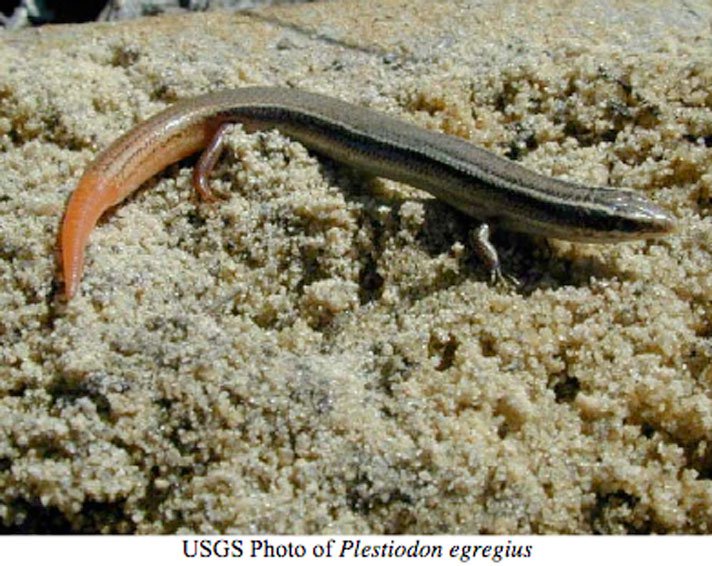 MIAMI— The Center for Biological Diversity for follow-up the U.S. Fish and Wildlife Service today for a Trump administration decision to deny the Cedar Key mole skink protection under the Endangered Species Act.

The agency predicts that climate change and rising seas will flood nearly a third of the lizard’s coastal habitat by 2060 and nearly two-thirds by the end of the century. Even more habitats will be degraded by storm surges and saltwater intrusion. Worse still, urban development will prevent the animal from moving to higher ground over about half of its remaining occupied range.

“Cedar’s key mole skink is on the front lines of the climate crisis, and federal protections are crucial,” said Elise Bennett, senior counsel at the Center’s Florida office. “As sea level rise caused by climate change steadily invades Florida’s shores, the skink will have nowhere to live. The federal government must act now to halt rising global temperatures and protect this beautiful lizard.

Adorned with a light pink tail, the skink lives exclusively on the shores of the Cedar Key Islands along about 10 miles of Florida’s Gulf Coast. It burrows in dry sand and hunts for insects under leaves, debris and washed up vegetation on beaches.

Accelerating sea level rise and increasingly frequent storms threaten to flood the skink’s coastal habitat, squeezing it into smaller and smaller areas. Because the animals only survive in a few populations over a small geographic area, a single major storm could wipe out the entire subspecies.

In 2020, a federal district court judge found that the Service unlawfully denied protection to the closely related Florida Keys mole skink, which is also at serious risk from rising sea levels. The court found that the agency had not justified why it had not used more accurate climate projections that predicted sea level rise 15% higher than the predictions used by the agency. The Service relied on the same outdated science to deny protection to the Cedar Key mole skink.

“The Fish and Wildlife Service already knows that reliance on this outdated climate science is unjustifiable,” Bennett said. “It is time to go back and make a new decision using the best available scientific information. Anything less will fail to effectively combat the growing threat of climate change to the skink and so many other Florida species that share a similar fate.

Throwback to Wild Animal Wednesday a Ride on the Wild Side!