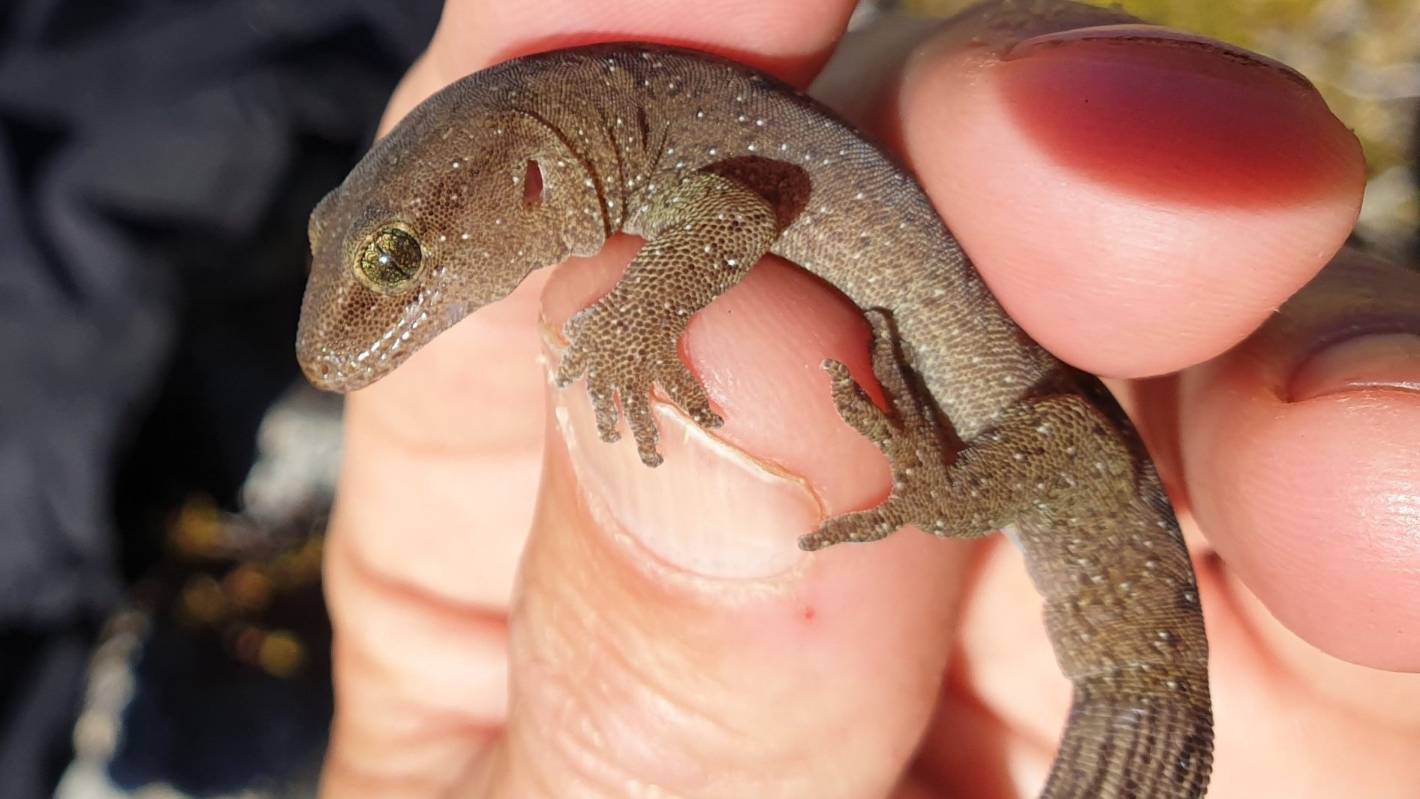 A gecko found by a team of scientists in Nelson Lakes National Park, considered a new species.

Scientists who unearthed a population of rare Cupola’s geckos in Nelson Lakes National Park may have also discovered a whole new species of gecko.

It is one of many geckos and skinks found during surveys in the remote mountains of the South Island that are either new populations of known species or completely new species.

“They look different from known species, but we won’t know for sure until we have the results of genetic tests.

READ MORE:
* In the footsteps of a ghost: The story of the Cupola gecko
* New Zealand’s urban lizards need help
* New Zealand: Land of lizards

“If these are not new species, it means that we have found populations of these lizards in places we did not know existed, which is great news.”

The DOC-led investigation teams spent about three days searching for lizards at each site, raking the ground, carefully lifting rocks and spotlighting the geckos, which are nocturnal.

There have only been two confirmed sightings of the Cupola gecko in 53 years, but now lizard experts have found gold deep within Nelson Lakes National Park (video posted in March 2021).

The surveys aimed to gain more information about the poorly known or “data-deficient” lizards, some of which had only been seen once or twice before.

In the Wick Mountains in northern Fiordland, 20 skinks were found in an area that had not been previously studied but was considered suitable habitat for lizards.

A trip near Mount Alba in Mount Aspiring National Park to investigate a single gecko sighting found nine geckos in an area remote from other known populations.

Lizard tracks in a rodent tracking tunnel in the Hooker / Landsborough wilderness on the west coast also sparked a three-day search which led to the discovery of a pregnant female skink.

Another gecko was found in Nelson Lakes National Park, on the same trip where the elusive Cupola gecko was also rediscovered this summer after just two previous sightings.

“These findings are very exciting and show that there is still a lot to be discovered about our Alpine lizards,” said Monks.

Aotearoa has over 110 species of lizards (geckos and skinks), many of which are endemic.

The ecology of lizards is poorly understood, and scientists currently know about 33 species of alpine species.

The DOC is awaiting the results of genetic tests to identify the specimens found and confirm whether they are new species.

Five species of lizards have been recently discovered in recent years, most notably in northern Otago and northwest Nelson in Kahurangi National Park.

The research made it possible to complete the taxonomic descriptions and assess the conservation status of the lizards in order to shed light on the best way to manage them. It was made possible thanks to biodiversity funding from Budget 2018.

DOC wants to hear from the public about the lizard sightings, which could lead to new discoveries. People were asked to take photos of lizards and send a report with the exact location information to: [email protected]

motherhood through the animal kingdom