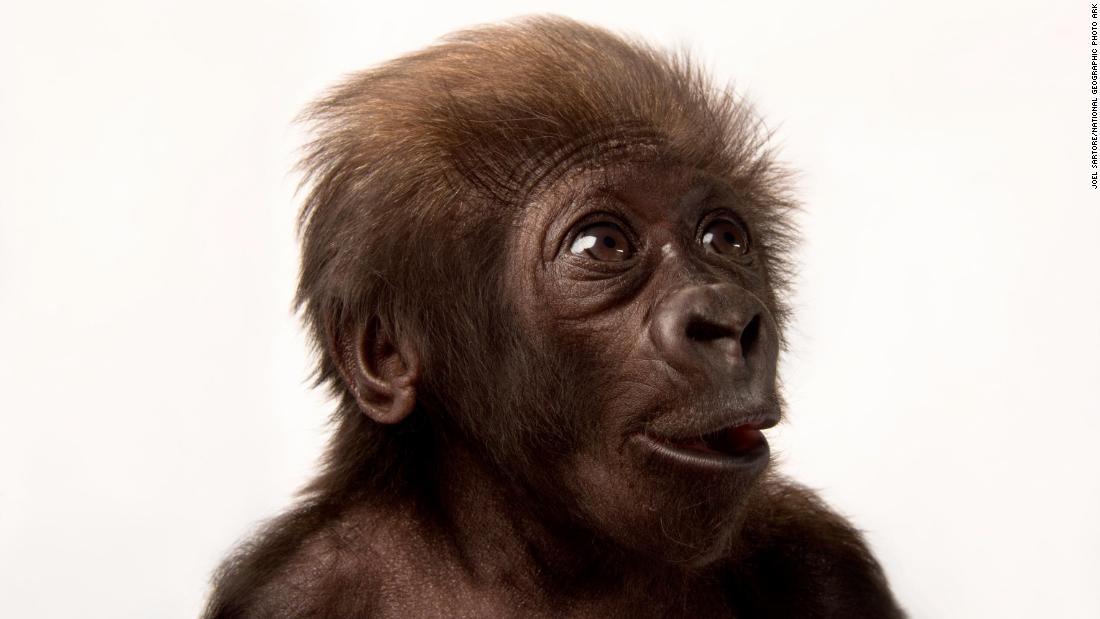 A spoon-billed sandpiper enters the frame, heading straight for a small insect placed there as bait. It picks up its food with its spoon-shaped beak and exits from the left.

The performance is for Joel Sartore, an American photographer and founder of the National Geographic Photo Ark, a personal effort to document all species in captivity around the world.

The critically endangered bird, of which there are less than 1,000 people in the wild, is the 13,000th species Sartore has photographed in 16 years. His ultimate goal is to photograph 20,000 of them.

He hopes this image, and all the others, will help inspire action through education and prevent the mass extinction of animals.

“The Photo Ark is my last desperate attempt to grab the public’s attention,” Sartore said.

Prior to founding Photo Ark, Sartore spent more than a decade working as a photographer for National Geographic magazine, primarily covering stories of conservation in the field. He had seen the wildlife dwindle first hand, but felt the public was not interested.

Sartore thought of a new way to engage people. He picked up his camera and set about taking pictures of wildlife – but rather than recording animals in the wild, he wanted to photograph them outside of their natural habitat. He visited zoos, aquariums and rehabilitation centers and photographed portraits of individual animals against a generic white or black background – just like a typical studio shot.

“It eliminates distractions and allows you to look them in the eye and see that there is great beauty and great intelligence there, and they are worth saving,” he said. . “We are primates and we respond to eye contact first and foremost.”

The response has indeed been overwhelming. Sartore has over 1.6 million followers on instagram and a bestseller Photo Ark series of books. His iconic images were projected onto Empire State Building in New York and Saint Peter’s basilica in the Vatican.

The photographer documenting the mass extinction

But of course, a like on Instagram doesn’t instantly translate into an act of conservation. Sartore hopes that raising awareness of these species will help provide support for conservation efforts on the ground. A portion of the proceeds from his books also goes to fund conservation and education efforts.

Sartore’s unique style “allows people to focus solely on the beauty and uniqueness of each animal,” Ward said, adding that the images have shed light on zoos, aquariums and breeding programs across the world that have been crucial for the survival of many species.

When it comes to involving the public in conservation efforts, it’s often iconic animals such as tigers and gorillas that get the most attention. Sartore thinks it’s vital that he doesn’t just focus on the hairy and the photogenic. He photographed everything from ants and mosquitoes to elephants and vultures.

“Most endangered species are not charismatic large megafauna,” he said. “They’re mice, they’re mussels, they’re minnows. They’re little things that live in the ground or in muddy water – and no one has a good picture of them.”

Ward admires Sartore’s determination to shed light on all species, large and small. “If we don’t pay meaningful attention to insects and amphibians and other vital and fascinating species traditionally seen as less engaging, we are ignoring more than 95% of the world’s biodiversity,” he said.

According to the UNa quarter of all species are threatened with extinction – and of these amphibians are the most threatened.

Sartore remembers capturing an image of Rabb’s last fringe-limbed tree frog. In 2016, three years after it was photographed at the Atlanta Botanical Gardens, the frog, named Toughie, died, driving the species to extinction.

“It makes me sad, but it also makes me extremely irritated,” Sartore said, “I don’t get the word out fast enough.”

But even if time is running out, he stresses that it’s not too late: “I’ve seen a few (different species) go extinct, but most of them are here and they can bounce back.”

By focusing on animals in human care, Sartore admits he will only show a small sample of the world’s wildlife. According to the International Union for Conservation of Nature, there are more than 2 million described species on the planet, and he plans to photograph only 1% of them.

But it allows him to highlight species that are already extinct in the wild and those that would be difficult to photograph in their natural habitat. “It’s very hard to convince a tiger to come out of the woods in India and lay down on my background with the lights on,” he said.

It also allows him to shoot in a controlled environment, meaning the animal can be kept safe and comfortable, with zookeepers or carers on hand to advise on his behavior.

Photo Ark is now a full-time job, and Sartore anticipates that, as he is nearly 60, he is likely to occupy most of the rest of his life and perhaps beyond, if his son, who accompanies him sometimes on the shootings, supports him.

At worst, Sartore hopes the Photo Ark collection will provide a glimpse of what life on Earth was like before these species disappeared.

But at best, he said, it could be a collection of images that would get the world to step in and start saying, “I don’t care, what can I do?”

A car hits a monitor lizard, tries to flee with a foiled reptile | Nagpur News

Animal suffering at the Austin Aquarium on display