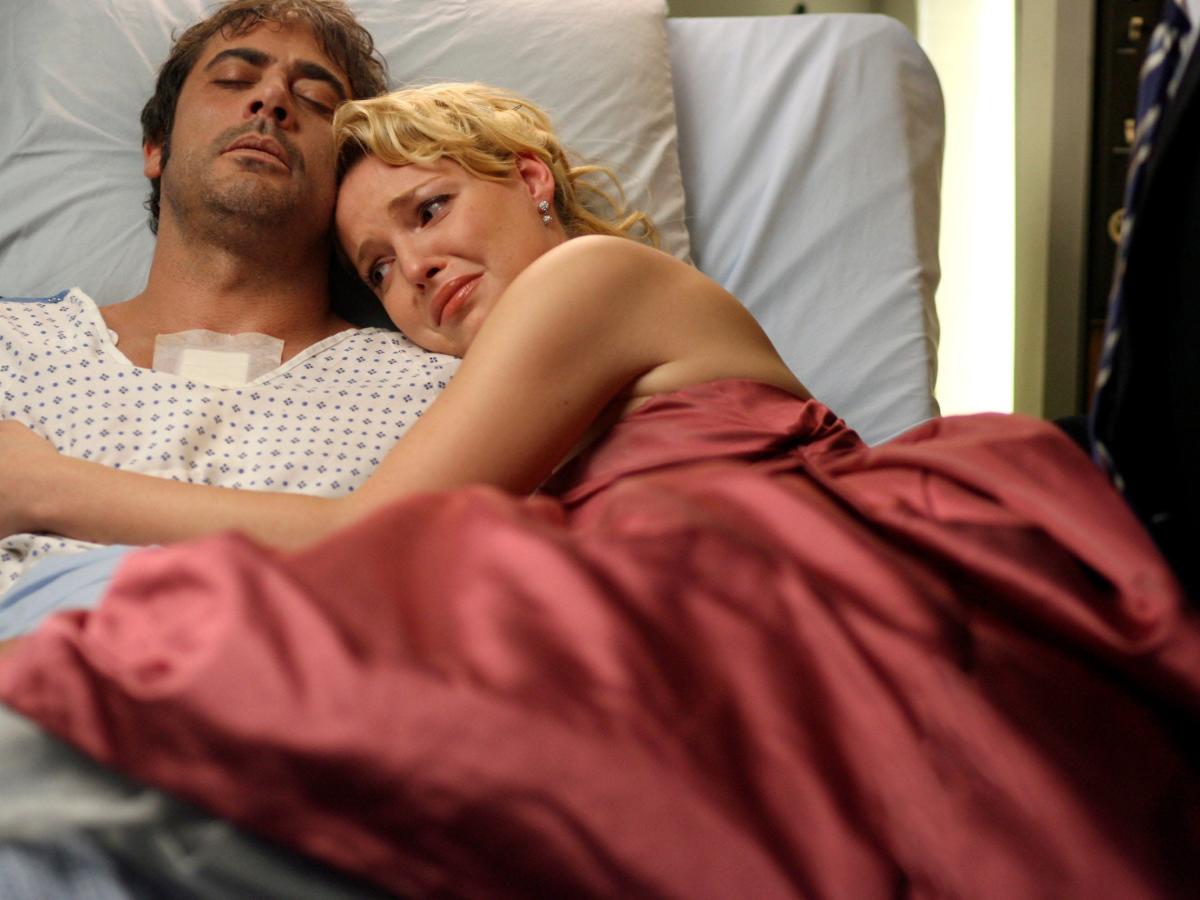 Izzie’s signature pink ballgown in “Grey’s Anatomy” had to be custom-made by a wedding dress designer because Shonda Rhimes wanted it to be “bigger.”

One of the most heartbreaking scenes in “Grey’s Anatomy” history is also the most visually stunning thanks to an iconic pink prom dress that almost never saw the light of day.

During the show’s season 2 finale, “Losing My Religion”, Izzie (Katherine Heigl) and the other interns attend the prom they have planned for Dr. Richard Webber’s (James Pickens Jr.) niece at the hospital when Izzie’s fiance, Denny Duquette (Jeffrey Dean Morgan), dies of a stroke apparently caused by complications after heart transplant surgery.

Finding him dead in his hospital bed, Izzie goes upstairs to be with him, huge pink dress and all. Alex Karev (Justin Chambers) has to gently lift her out of her place next to Denny’s body, gathering all the layers in his arms.

According to “How to Save a Life: The Inside Story of Grey’s Anatomy” by Entertainment Weekly editor Lynette Rice, the show’s costume designer Mimi Melgaard struggled to find the perfect dress for Izzie to wear during the tragic moment because series creator and then-showrunner Shonda Rhimes had a specific vision in mind.

“That year in Los Angeles, all of the dresses were very wispy and long and soft,” Melgaard said, according to the book. “I’d put dresses on Katie and Shonda would be like, ‘No, no. I want bigger.'”

Melgaard was pressed for time and found nothing to Rhimes’ liking on her own. She ended up calling the famous wedding dress brand Amsale and asked them to make the dress in a week.

But the lack of time and stress of securing the pink dress with the stunning brooch accent was worth it for the art he helped create, according to the costume designer. “When you see the picture of Izzie in the elevator, then Izzie laying on top of Denny, then the picture of Alex holding her with her dress hanging down…those are the pictures that Shonda saw in her head,” Melgaard said.

Melgaard said Rhimes wanted a “beautiful princess dress” that “had its own voice” to create a “Cinderella” moment for Izzie.

They couldn’t have known it at the time, but Melgaard, Rhimes, and Amsale together created a dress that had a life beyond “Grey’s Anatomy.” “He went to Disney World in Florida for a long time,” Melgaard said, according to the book. “He’s going on tour. This dress is going around!”