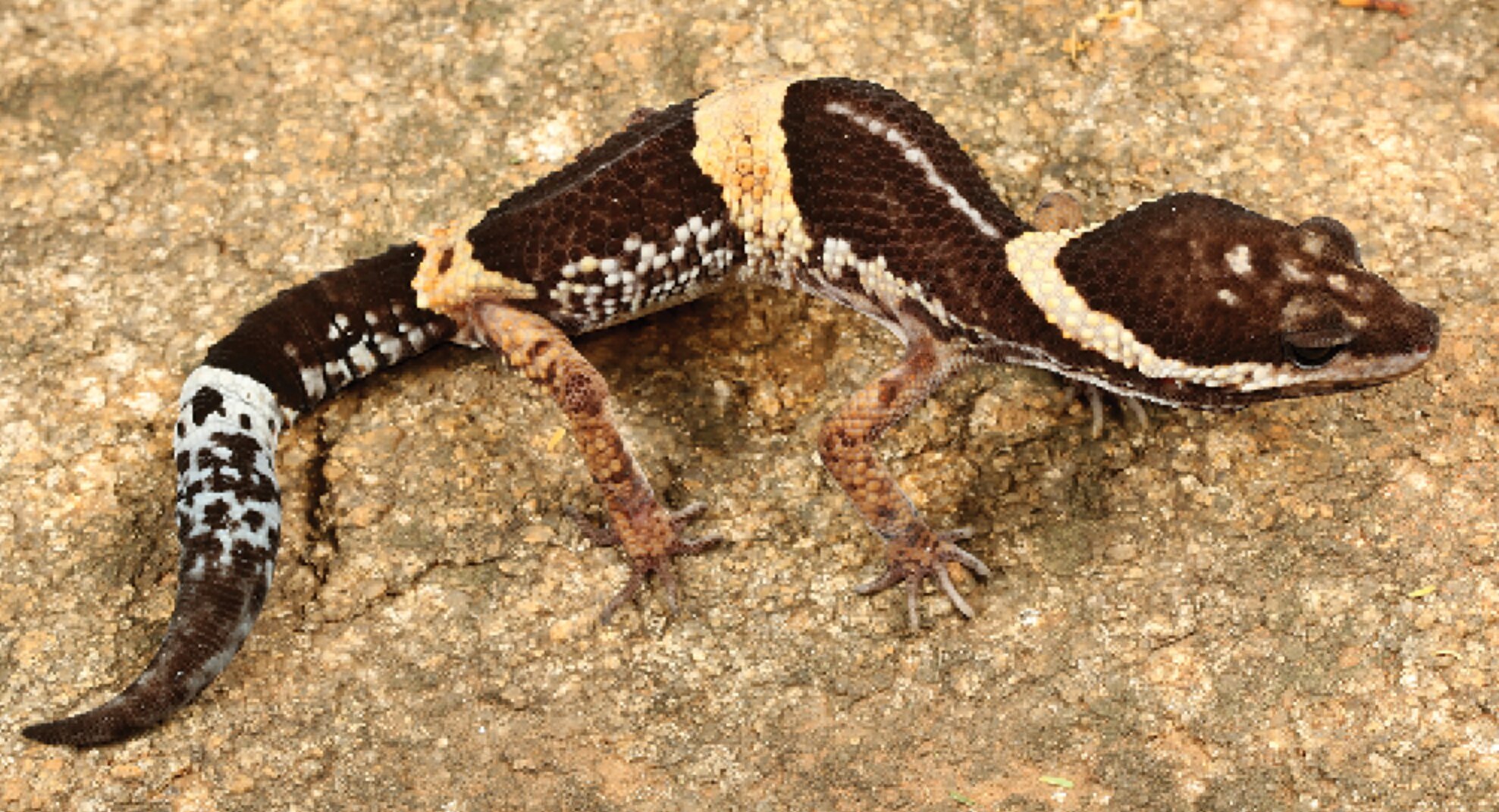 Deep in the forests of Odisha and Andhra Pradesh in India lives a species of colorful gecko that has only just revealed its true identity. Meet Eublepharis pictus, also known as the painted leopard gecko.

In 2017, researchers Zeeshan A. Mirza from the National Center for Biological Sciences in Bangalore and C. Gnaneswar from the Madras Crocodile Bank Trust in Chennai found a gecko in a water tank near a temple in Vishakhapatnam, Andhra Pradesh, during of a field investigation. At the time, they identified it as belonging to the East Indian leopard gecko species (Eublepharis hardwickii).

“The species appears to be common in hill forests, but its distinction has only been confirmed by other researchers,” explains Zeeshan Mirza.

In a phylogenetic study, where they researched the evolutionary history and relationships within and between leopard gecko species in the genus Eublepharis, researchers found that what had previously been considered a southern Indian leopard gecko population Orientals could be distinct enough to represent a new species.

Once they had molecular data they could work with, the team made morphological comparisons between the species, examining specimens in natural history museums.

“These lizards have conserved morphologies and most species are quite similar in general appearance,” says Zeeshan Mirza. “With some characters based on the number of specimens examined, we described the species and named it Painted Leopard Gecko – in Latin, Eublepharis pictus, for its coloration.” They published their finding in the open-access scientific journal Scalable system.

With this new addition, the gecko genus Eublepharis now contains 7 species. Two of them—E. pictus and E. satpuraensis – were described by Zeeshan Mirza.

The painted leopard gecko is 11.7cm long, which is a bit large for a leopard gecko. The Brahmani River, which runs through the Eastern Ghats, geographically separates it from the East Indian leopard gecko, with which it shares many similar traits.

The new species lives in dry evergreen forests mixed with scrub and grassland. It is strictly nocturnal, actively foraging along forest paths after dusk. While foraging for food, it has been observed to lick surfaces while moving, suggesting that it may use its tongue as a sensory organ.

Even though the painted leopard gecko appears to be widespread in Odisha state and northern Andhra Pradesh, researchers are concerned about its conservation. “The species is collected for the pet trade and can even now be smuggled illegally,” they write in their article, which is why they refrain from giving the exact locations where it can be found.

The authors believe the species would have a better chance against humans if more people knew it was actually harmless. To protect it, they suggest listing it as Near Threatened based on the IUCN Conservation Prioritization Criteria, until more is known about the size of its populations.

Further research could also promote better protection of biodiversity in the region. “The Eastern Ghats are severely underexplored, and dedicated efforts will help recognize them as a biodiversity hotspot,” the authors conclude.

A new species of gecko is hiding in plain sight