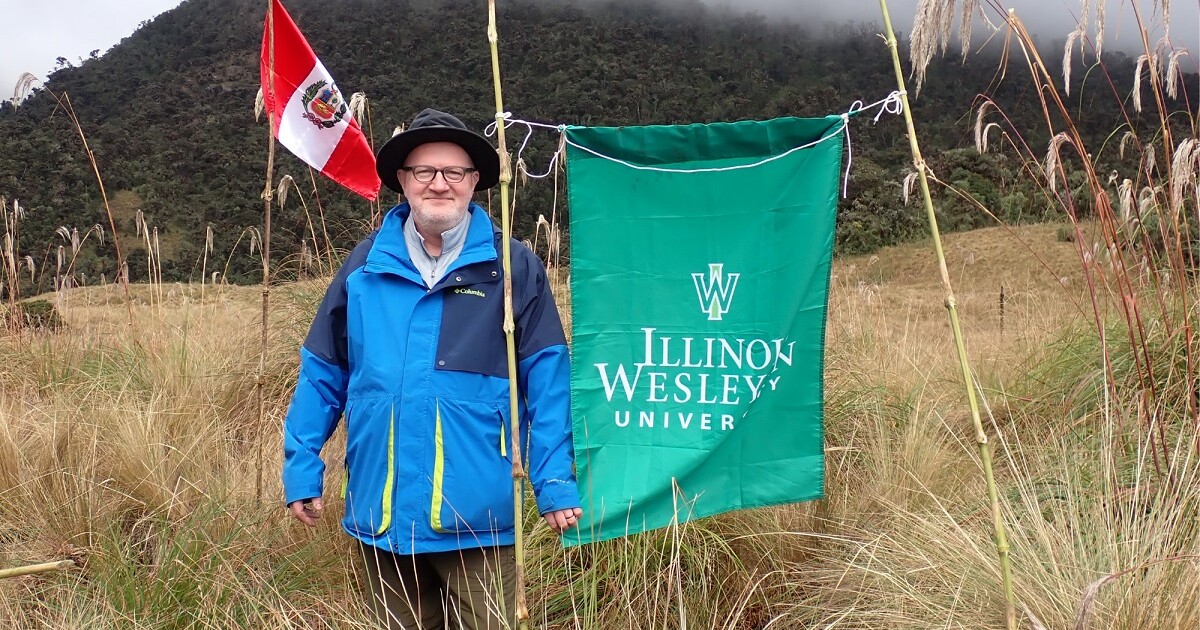 A biology professor at Illinois Wesleyan University discovered a new species of lizard during a trip to Peru.

After three long years of planning, Edgar Lehr spent two weeks camping in Otishi National Park, at an elevation of over 10,000 feet, with a team of Peruvian biologists to study reptiles and amphibians.

On the second day of the trip, the team was searching through grass and moss when they discovered a strange-looking species of lizard. “Then we found them and they were so different in color from what I had seen before. Black belly, it was immediately clear that this was a new species,” Lehr said in an interview on IPR is the 21st lounge.

Lehr has helped discover more than 100 species in his career and doesn’t plan to stop, saying his work is crucial for the protection of amphibians and reptiles, as well as for further research in Peru.

“Biodiversity research is very important because you can only protect something you know about, and that will justify protecting the area,” he said.

Lehr has been named a 2022-23 Fulbright Scholar, which will allow him to return to Peru to continue his research.

He also had the honor of naming the new species of lizard. The results of the expedition will be published in a scientific journal later this year, along with the unveiling of the species name.

The discovery of a new species was not the only event that had an impact during the trip. Lehr said his team was dropped near drug dealers in the national park.

On the fourth day of the expedition, the team came across an abandoned campsite with traces of cocaine paste. Biologists knew they weren’t alone after picking up a signal on their walkie-talkies of two men talking.

“We were very concerned because these walkie-talkies can usually pick up signals up to about five kilometers away, so very close,” Lahr said.

The team decided to cancel the rest of the expedition soon after. “One morning, very early, around 5:25 a.m., we were still sleeping in our tents. We heard a drone flying over our camp. And so they knew where we were and were spying on us,” Lehr said.