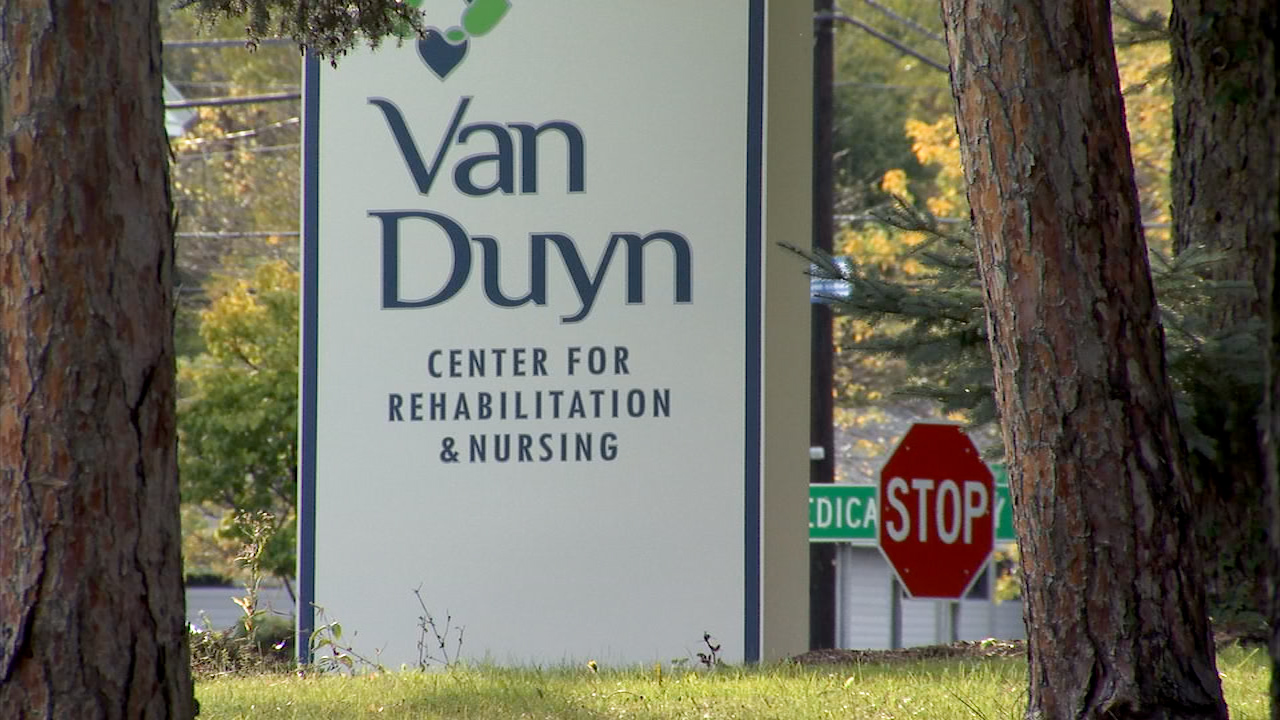 SYRACUSE, NY (WSYR-TV) – For Baldwinsville resident Vicki Broekhuizen, placing her father in a nursing home was not an easy decision and in January 2016 the only place available to send him was the Van Duyn Center for Rehabilitation and Nursing.

“It’s something I wouldn’t wish on anyone,” Broekhuizen said of her father’s time at the facility and she said the problems started the first week he arrived.

Broekhuizen said her father hadn’t put on new clothes for days, his bedding was rarely changed, and staff members often sat in the break room on the phone not responding to residents’ needs.

“I would say the whole time he was there, which was about a year and a half, I bet he was showered maybe five times,” Broekhuizen said.

When Broekhuizen went to visit, she found her father black and blue-eyed from falls that had never been brought to his attention, but she says that wasn’t even the worst.

Broekhuizen said his father’s feet were rotting and no one was doing anything to take care of them. It was then that she went to the administration with her concerns. She said the admin addressed some of her concerns with temporary fixes, but they would come back a week later.

Broekhuizen then decided to take his complaints to the New York State Department of Health instead. She says she filed the complaint in May or June 2017 and heard back in September 2017, a month after her father died inside the facility.

The letter stated that an investigation into the allegations had been completed and, “At the conclusion of the investigation, it was determined that there was insufficient credible evidence…and the matter is now considered not founded and has been classified.”

“I actually just sat down and just cried because I couldn’t believe they would let this happen to a human being, especially when they’re supposed to be the Ministry of Health and helping people,” Broekhuizen said.

She tried to transfer her father to another facility, but he died before she could, the guilt she lives with every day.

“I mean, that was four years ago, things haven’t changed and it’s absolutely heartbreaking to know that these people are in there and they’re still being treated as badly as they are. “, she said.

The New York State Department of Health and a representative for Van Duyn responded to NewsChannel 9:

“The New York State Department of Health is reviewing all complaints received regarding nursing homes to determine whether the allegations violate federal regulations. When a complaint is not substantiated, the complainant receives notification from the Department, including a letter from the surveyor to discuss the results of the investigation. In addition, the results of the survey form part of the nursing home’s complaint profile and will be reviewed by Ministry visitors when preparing the nursing home’s next recertification survey. The Department will continue to hold suppliers who violate regulations accountable for their actions. »

“While we cannot comment on specific details due to HIPAA laws, the allegations outlined in this story are not accurate. The complaint was fully investigated at the time of the event in 2017, both internally and by the New York State Department of Health. With no evidence to support the allegations, the complaint was deemed unfounded and subsequently dismissed.

Small animals overwhelm the Denver Animal Shelter, which begs the public for help

Could California Condor ‘Virgin Birth’ save the species?