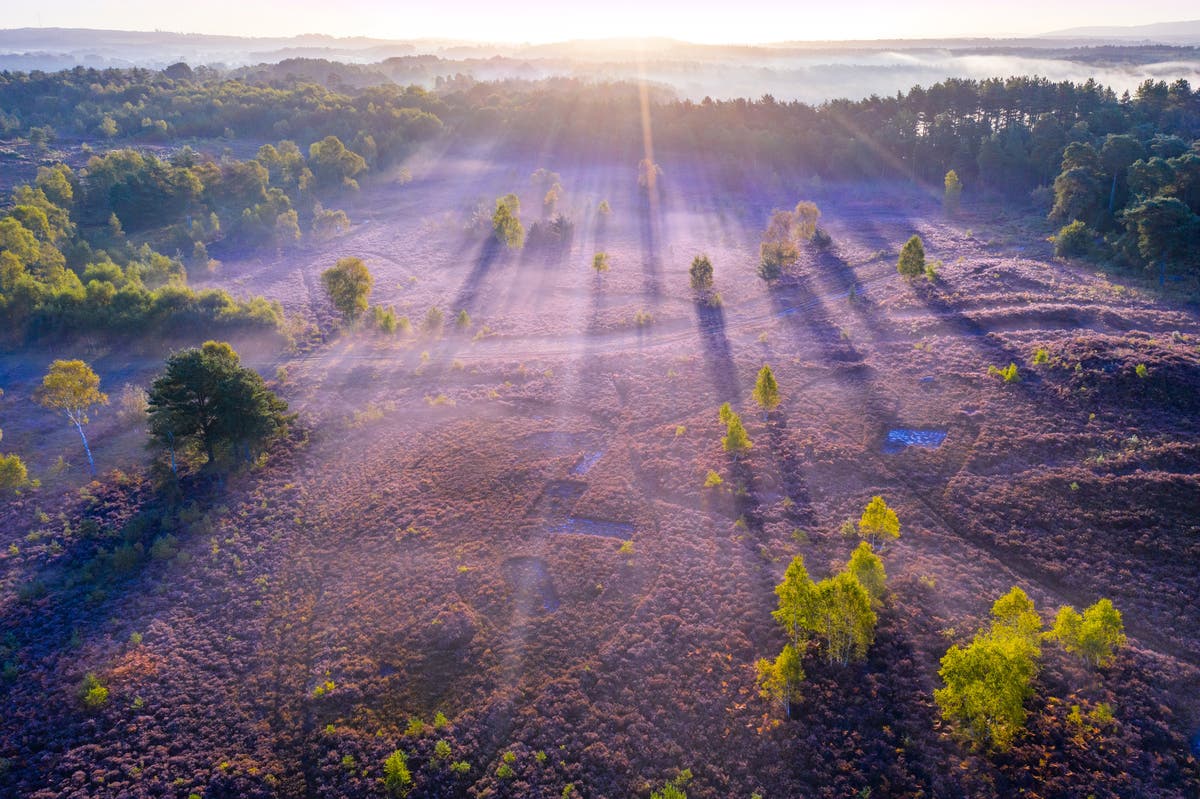 Crucial wildlife refuges have been saved through a five-year conservation effort.

Moorland has been restored at 41 South Downs National Park sites in Hampshire and Sussex, creating new habitat for the sand lizard, the UK’s rarest reptile.

In total, the venues cover an area roughly equal to 18,000 football pitches.

The Heathlands Reunited initiative, which received £2million from the National Lottery Heritage Fund, has also resulted in the return and recovery of endangered species including field cricket, Dartford warbler and natterjack toad.

A National Park spokesperson said: ‘The project focused on moorland at 41 sites, stretching from Bordon in Hampshire to Pulborough in West Sussex.

“The need was profound as less than 1% of the former moorland remains in the national park and what remained was highly fragmented, leaving animals and plants vulnerable to extinction in these isolated island habitats.

“Heathlands are, in fact, man-made and only exist because our ancestors used them to dig peat for fuel, harvest heather and graze animals, unintentionally creating a unique mosaic of habitats without which many plants and animals can no longer survive.”

Among the restored areas was Woolmer Forest, a Site of Special Scientific Interest in Hampshire which is home to 12 species of reptiles and amphibians native to Britain and is now classified as ‘favorable status’ for wildlife.

Andrew Lee, director of policy and campaign management at the National Park Authority, said: “We all know biodiversity is under unprecedented threat, but Heathlands Reunited is one of the success stories, showing how much can be accomplished if we make room for nature.

“To see animals such as the wood lark, sand lizard and field cricket blooming again is truly inspiring.”