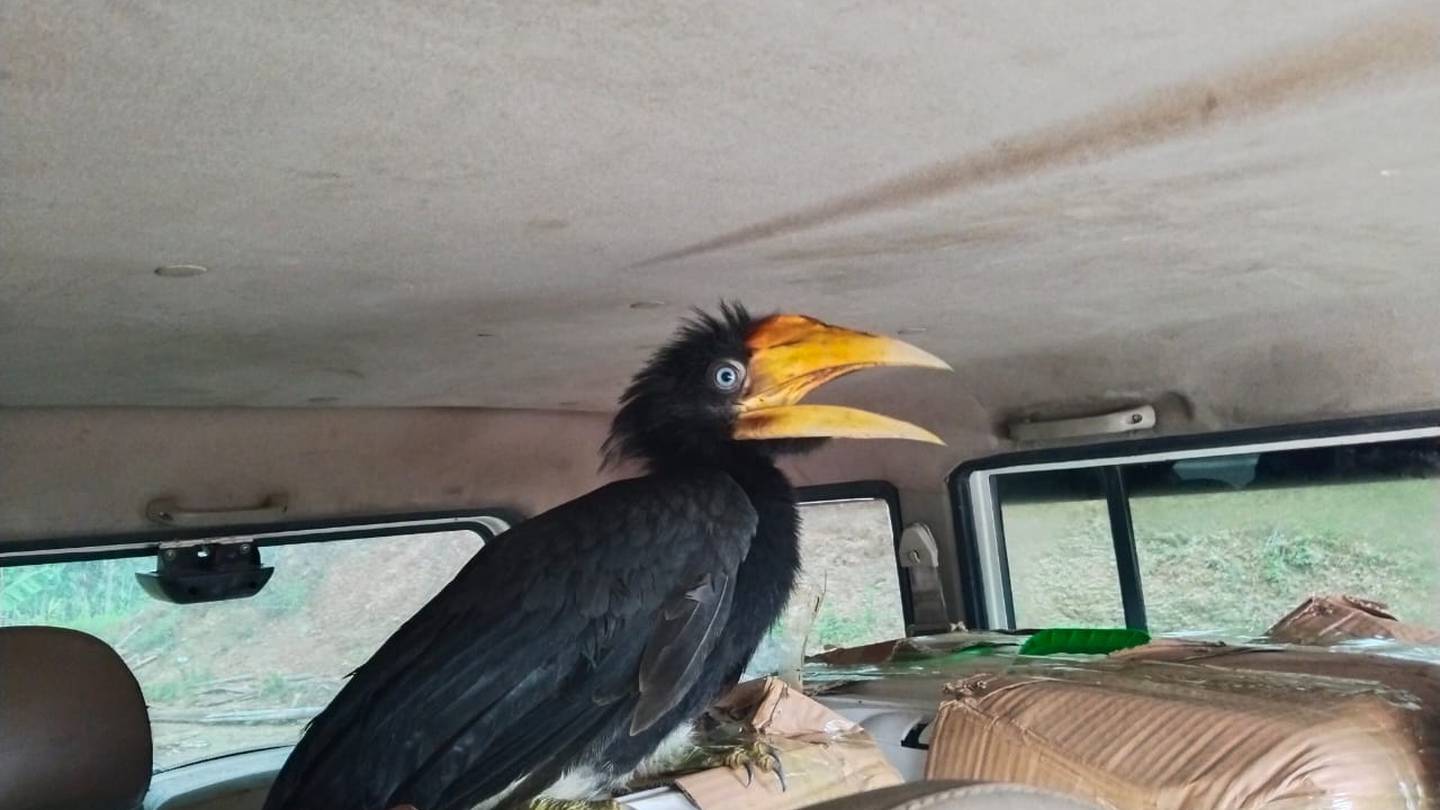 Six live animals have been seized from a passenger’s checked luggage in Chennai, in a case that highlights a growing trend of rare species smuggling in India and loopholes in its wildlife laws.

Airport officials found five dwarf mongooses and a common spotted couscous, a marsupial that lives in Australia and New Guinea, last week. They were hidden in the bags of a Thai traveler.

The animals were sent back to their country of origin and the passenger was arrested, but the incident once again revealed the increase in wildlife smuggling cases in the country.

In recent years, India has seen an increase in the smuggling of rare and exotic animals such as turtles, birds including cockatoos and macaws, civet cats and snakes. They come from Southeast Asian countries such as Malaysia and Thailand and are used for meat, superstitious practices and to be owned as pets.

On 23.10.22, customs officers seized/detained 5Nos. dwarf and spotted Couscous hidden in the checked luggage of a passenger arriving from Bangkok. All Cuscus were deported to Thailand as advised by AQ authorities. pax arrested@cbic_india pic.twitter.com/PDew3FxmVy

More than 70,000 native and exotic animals were trafficked through 18 Indian airports between 2011 and 2020, according to a report by Traffic, a partner of the United Nations Environment Programme.

Smugglers generally use overland routes through the northeastern region of the country bordering Nepal, Bhutan, Myanmar and Bangladesh to smuggle the animals, but many land at airports.

The animals were smuggled from Malaysia by air freight. More than 100 of them were found dead.

In August, police in the remote northeast state of Mizoram arrested two men carrying six crates of exotic animals, including gray langurs, two hoolock gibbons and a Phayre leaf monkey – all of which are from South Asia and Southeast – in a truck.

In April, residents of Siliguri, West Bengal, were puzzled when a pair of kangaroos – which are native to Australia, not India – were spotted bouncing along a highway.

Hours after two injured kangaroos were rescued near Gajoldoba in West Bengal’s Jalpaiguri district on Friday night, two more were spotted in the Farabari Nepali region of the Dabgram Range Forest on Saturday, sending forest officers in awe. pic.twitter.com/akAVfTvK6I

The animals were rescued and sent to an animal park, where one of them later died.

The directorate said in its 2020 annual smuggling report that one of the challenges faced by law enforcement officials is the volume of international trafficking and “the ever-changing methods used to smuggle commodities”. ‘wild species’.

In 2020, as the coronavirus pandemic gripped the country, the Ministry of Environment introduced a unique voluntary disclosure program allowing owners of alien living species acquired illegally or without documents to report them to the June government of this year to March 2021.

More than 32,000 people said they owned exotic pets, with experts believing most were acquired illegally.

Wildlife experts say the reason for the increase in smuggling of these animals and birds is the high demand for them as pets, combined with significant legal loopholes that encourage illegal trade in the country.

India has strict wildlife protection laws and lists animals according to the threats they face and the levels of protection required. But the legislation is only applicable to native or listed animals.

There are no regulations to protect non-native species described as “exotic animals” in legislation, making their smuggling a negligible offence.

Nothing in the Indian Wildlife Protection Act 1972 mandates arrest or prosecution for possession and smuggling of exotic animals and birds. Most arrests are made under Indian criminal law.

India is also a signatory to the Convention on International Trade in Endangered Species of Wild Fauna and Flora, a 1975 treaty designed to ensure the protection of plants and animals. But due to a lack of proper legislative structure, it often fails to stem the problem.

“Smuggling has also taken place earlier, but there is a higher demand after Covid,” said Tito Joseph, program manager at the Wildlife Protection Society of India. The National. “We used to think only the wealthy were buying, but there is demand even from the middle class.”

Mr Joseph said that while customs can arrest people, there is no way to prosecute them under the Wildlife Protection Act.

Customs officials have the power to stop people from transporting wild animals if they don’t have the proper permits and to deport animals back to their country of origin, but smugglers often get away with minor penalties .

“Most of the time, laws like cruelty to animals are applicable to smugglers, for whom the punishment is [much lower].”

India has an archaic law to prosecute those accused of cruelty to animals, with offenders being fined ten rupees (12 cents) to 100 rupees ($1.22) for a repeat offense and three months’ imprisonment. jail.

India’s parliament approved a bill in August to amend the Wildlife Act. This would help regulate the domestic trade in exotic animals and their possession.

However, the bill still needs to be passed by the upper house of parliament.

Mr Joseph hopes that if the government “integrates these species” and the law is enacted, smuggling will be reduced.

Petition: Ban animal abuser who kept 665 animals locked up from having animals again