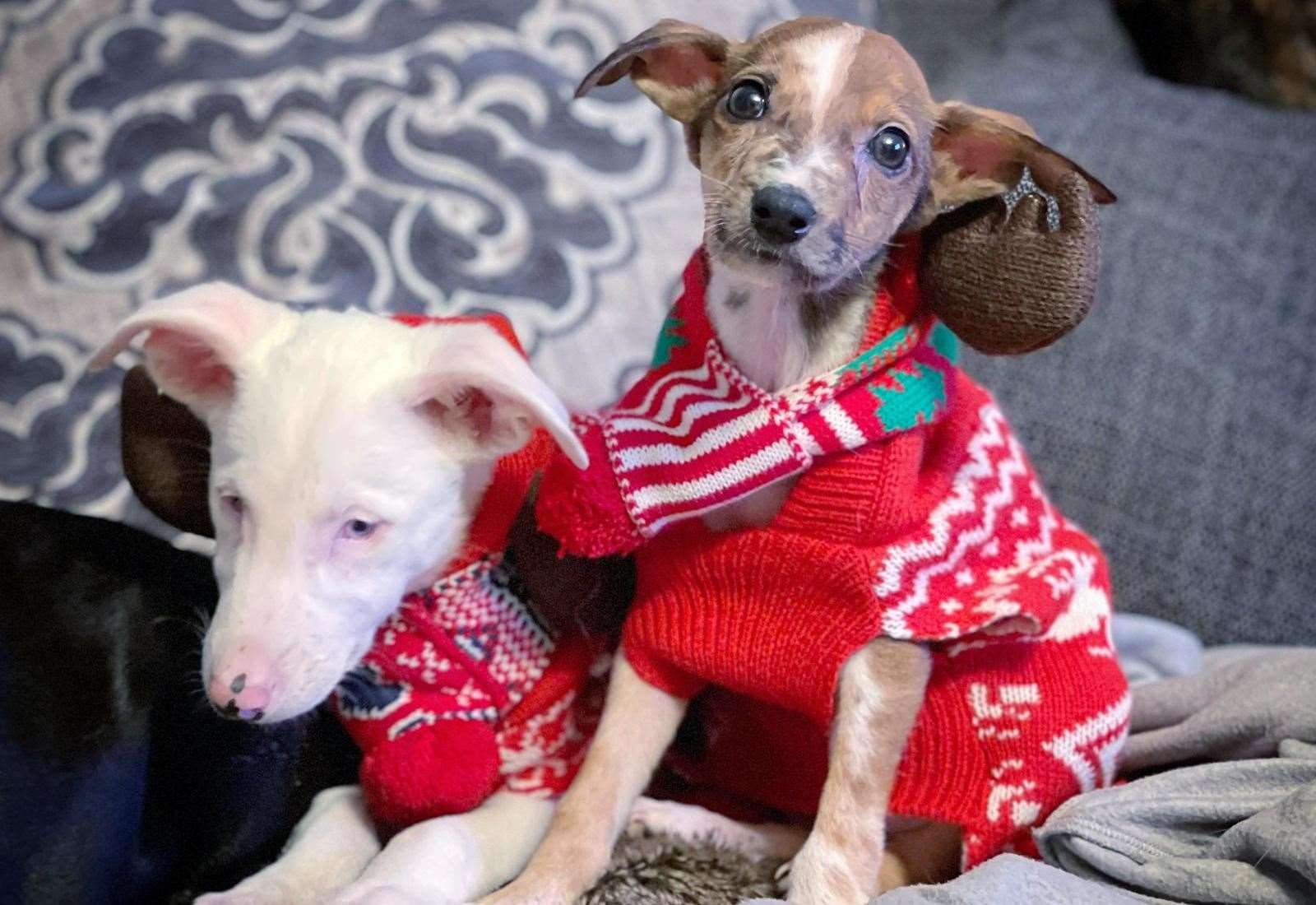 A sanctuary that cares for 450 abandoned animals has been granted a last-minute stay of execution after being threatened with closure just days before Christmas.

Swale council planners had recommended that Happy Pants Ranch’s retrospective request – to change the use of its 20-acre site at Iwade Lane, Bobbing, near Sittingbourne from farming to a shelter – be denied.

He would have left the future of the association, and that of its animals, at stake.

But last week, councilors chose to postpone a decision for three months.

Founder Amey James said, “We’re still in limbo, but hopefully that means we can right the issues and they’ll have no reason to refuse it then.”

The news came just as two trembling lurcher puppies were dumped in a cardboard box outside the sanctuary gates.

Amey, 36, said: “The responsibility of caring for them isn’t exactly what we need at this time with so much stress with counseling, but we would never turn down an animal in need.

“I’m just happy that they came here and that we can help them.

“Obviously, they didn’t come from the best homes because the smell was terrible and they were absolutely hungry.

“They didn’t have a blanket or towel with them – not even a sheet of newspaper.

“You could see the boy’s ribs sticking out,” she said.

The largest puppy, a girl, is blind and deaf while the other is limping from a previous injury. Both are between eight and 12 weeks old.

Amey said: “It is very likely that they were bred for hunting or for sale and those are the two suckers.

“As soon as I brought them in, they were warmed up, fed, had a flea bath and then snuggled up on the sofa, probably happy for the first time in their little life. In fact, the little boy decided to sleep the first night. wrapped around my neck like a scarf. I think they know they’re safe now. “

The rescue center, founded 10 years ago, has experienced problems since it was forced to leave its old site in Stockbury in January.

He has been threatened with fines and coercion after neighbors complained about the noise made by his roosters.

Then her scheduling request was initially rejected as part of an issue when a young council official accidentally determined a number of requests with sarcastic comments, believing they were testing the website and would not be published. .

The most recent release was for environmental health reasons and because of the site’s proximity to ancient forest. It will now be determined on February 10.

Amey said, “Things could have been a lot worse. Hopefully that means we can rectify the issues and they will have no reason to refuse it.”

Now she’s asking animal lovers to name her two newcomers – and help pay for their upkeep and vet bills at the same time. She said: “We just know them as Christmas puppies. Two festive names could be cool. “

His fundraising site Facebook has already raised almost £ 2,000 for the puppies.