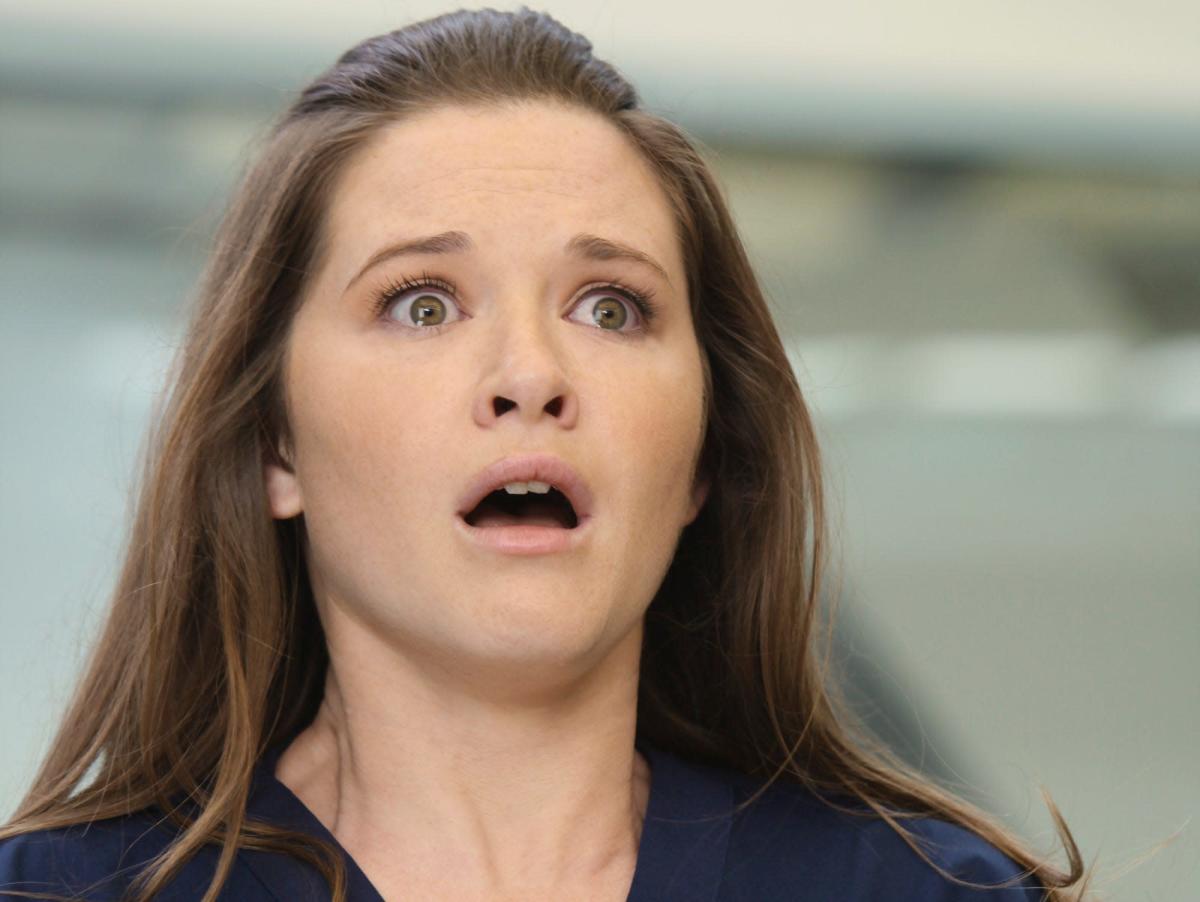 ‘Grey’s Anatomy’ star Sarah Drew has revealed she had ‘nightmares and panic attacks’ while filming the hospital shooting episodes, according to a new book

“Grey’s Anatomy” actress Sarah Drew had just wrapped up her first season on the hit medical drama in 2010 when the show filmed one of its most terrifying finales: the hospital shooting in season six, “Sanctuary” and “Death and All His Friends”.

In the two-part episode, a grieving widower named Gary Clark (Michael O’Neill) enters the hospital with a loaded gun, seeking revenge against Derek Shepherd (Patrick Dempsey) and a group of doctors who he blames for the death of his wife.

Drew’s character, April Kepner, is part of the team targeted by Clark, and she has two particularly traumatic scenes in the finale. First, April slips on some blood and finds the corpse of her friend Reed (Nora Zehetner) in a medical supply closet.

Then, when she comes face to face with Clark in the hospital hallway, she must fight for her life at gunpoint by telling him intimate details of her life. “No one has loved me yet. Please, please!” April begs in the scene. Thus, Clark turns his gun on Derek again and injures him with a near-fatal blow.

Drew has revealed how psychologically traumatic the filming experience was for her in the revealing new book ‘How to Save a Life: The Inside Story of Grey’s Anatomy’ by Entertainment Weekly editor Lynette Rice.

“I had nightmares and panic attacks while we were shooting this, even for several days after we finished,” she said.

“It was very intense and scary and difficult to go to these places and then leave them at the door and then come home and be like, ‘I’m fine, I’m fine. Nobody’s trying to kill me, I didn’t. I didn’t just watch my best friend die, I didn’t just get covered in her blood,” she continued.

Drew explained that, from his perspective, when an actor has to get into the mindset to film trauma, it “does something to your body because your body doesn’t know it’s do not happens” in real life.

According to the book, O’Neill said he almost didn’t play the shooter because a family member was murdered. “I know what happens to families when someone is shot,” he said. “You never really get over it.”

O’Neill also reminded Rice of how he told “Grey’s Anatomy” creator and then-showrunner Shonda Rhimes “it scares me” regarding the disturbing scenes.

According to O’Neill, Rhimes told him “that scares me too”. He said his wife eventually convinced him to play the role, and he did so on the condition that his character “didn’t point a gun at a child and the character end his life at the hospital”.

“How to Save a Life: The Inside Story of Grey’s Anatomy” is now available.