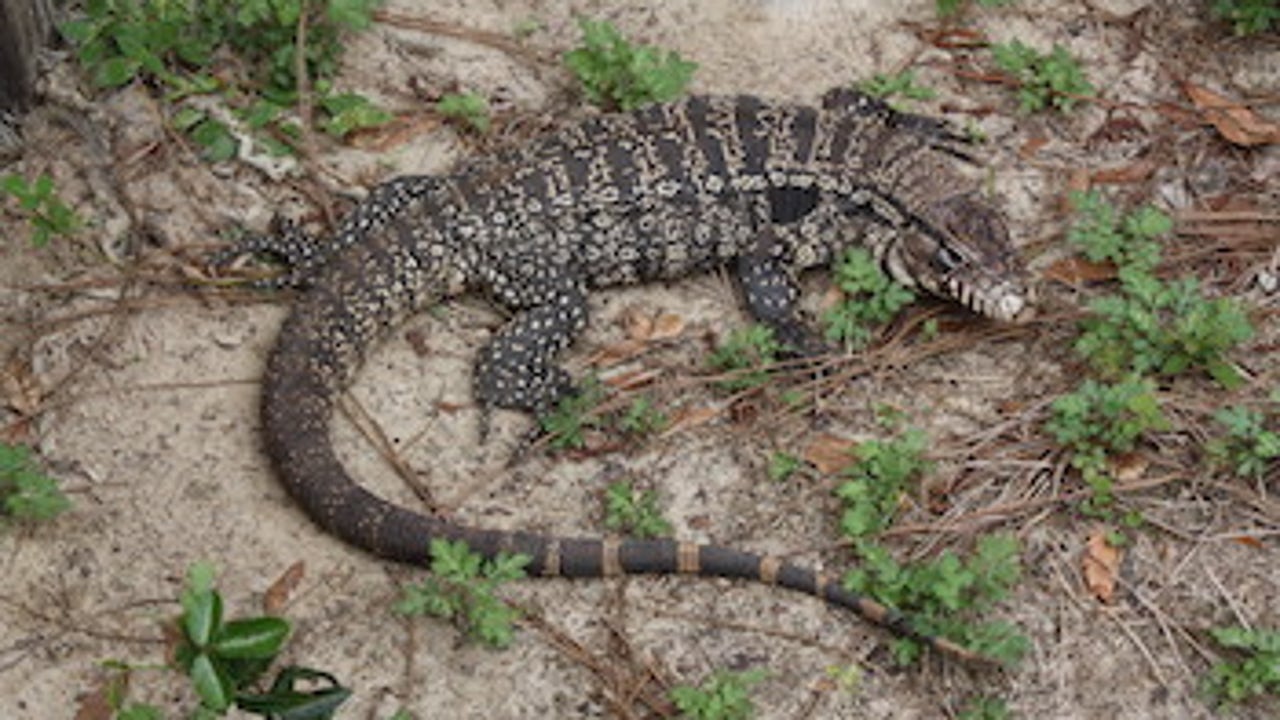 Georgia wildlife officials are asking the public to be on the lookout for a wild South American lizard setting foot in the Peach State.

Over the past four years, the Georgia Department of Natural Resources worked to try to remove the Argentine black and white tegus from the state.

The lizard, the largest of its kind, can be up to 4 feet long, weigh 10 pounds or more, and is native to South America

Tegus is considered an invasive species and can pose a significant threat to native Georgia wildlife. They will eat the eggs of ground-nesting birds, including quails and turkeys, and other reptiles, such as American alligators and gopher tortoises, two protected species. They will also eat chicken eggs, fruits, vegetables, plants, pet food, carrion, and small live animals, from grasshoppers to young gopher tortoises.

Authorities are asking anyone who sees the black and white lizards to report any sightings as temperatures begin to warm and the lizards get back on the move.

“With locals, hunters and others helping us monitor and control tegus, we are cautiously optimistic about our ability to control this population,” Sollenberger said.

While lizards are legal as pets in Georgia, it is illegal to release them into the wild.

Black to dark gray with speckled white bands on their backs and tails, these reptiles live up to 20 years, according to MNR’s Wildlife Resources Division. Hatchlings have a bright green color on their heads, which fades at around one month of age.

In Georgia, tegus could be confused with native reptiles such as juvenile alligators (which are protected) and broad-headed skinks, wildlife experts say.

They are asking anyone who sees this lizard, alive or dead, to report it to the authorities. The DNR asks you to note the location, take a photo if possible, and report the sighting to gainvasives.org/tegus or by calling (478) 994-1438.

As an invasive species, tegus can be legally trapped or killed year round, out of animal cruelty and local rules apply.

3D Printed Turtle Shells Could Help Save This Endangered Species