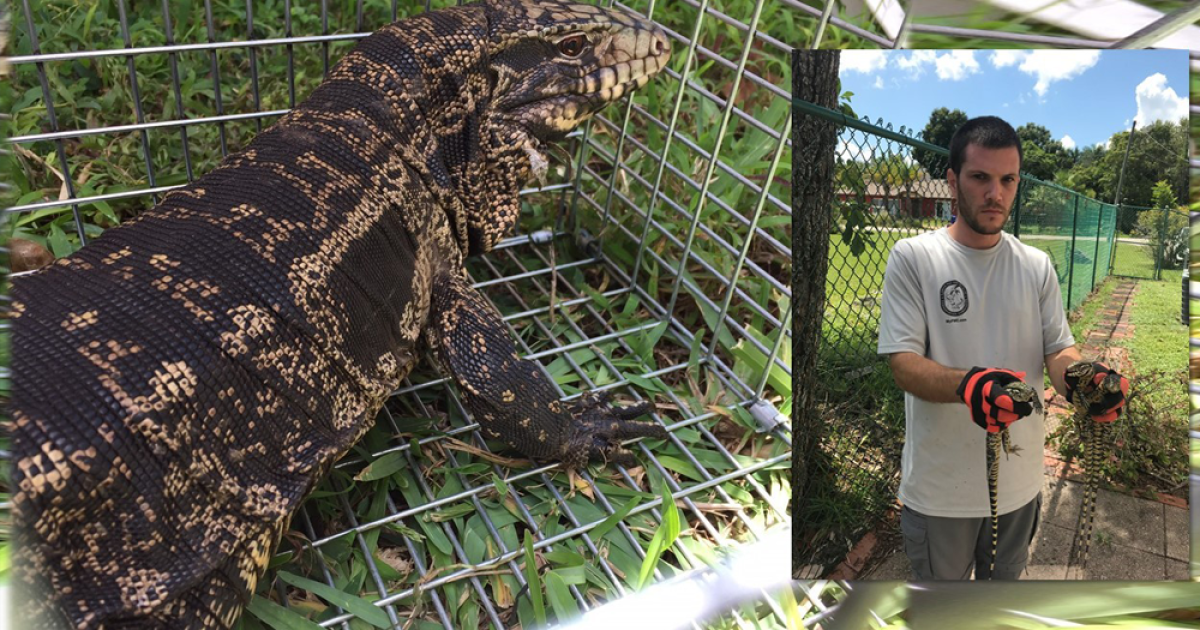 FWC wants your help to stop this invasive species of lizard

TAMPA, Fla. – The Florida Fish and Wildlife Conservation Commission is asking Floridians for help in controlling an invasive species of lizard that poses a threat to native wildlife.

“Argentinian black and white tegus are not native to our state and they pose a serious threat to native species, including ground-nesting birds and reptiles such as burrowing owls and alligators,” FWC said on Facebook. .

A tegu is a large lizard with a mottled black and white coloration that is often arranged in a striped pattern on its back and tail, according to FWC.

Lizards can grow to four and a half feet, weigh around 10 pounds, and live for up to 20 years. They eat fruits, eggs, insects and small animals like reptiles and rodents. FWC says they can also eat pet food left outside.

From February, the lizards begin to breed. FWC says females lay an average of 35 eggs per year. According to FWC, breeding populations are established in Hillsborough and Miami-Dade counties.

FWC says biologists just removed the hundredth tegu from the wild in Florida.

If you encounter a tegu, report it to the FWC here or by calling their exotic species hotline at 888-483-4681.

If you have a tegu or other exotic animal that you can no longer care for, not let it go – call FWC and its Exotic Pet Amnesty Program can help you rehabilitate the animal.