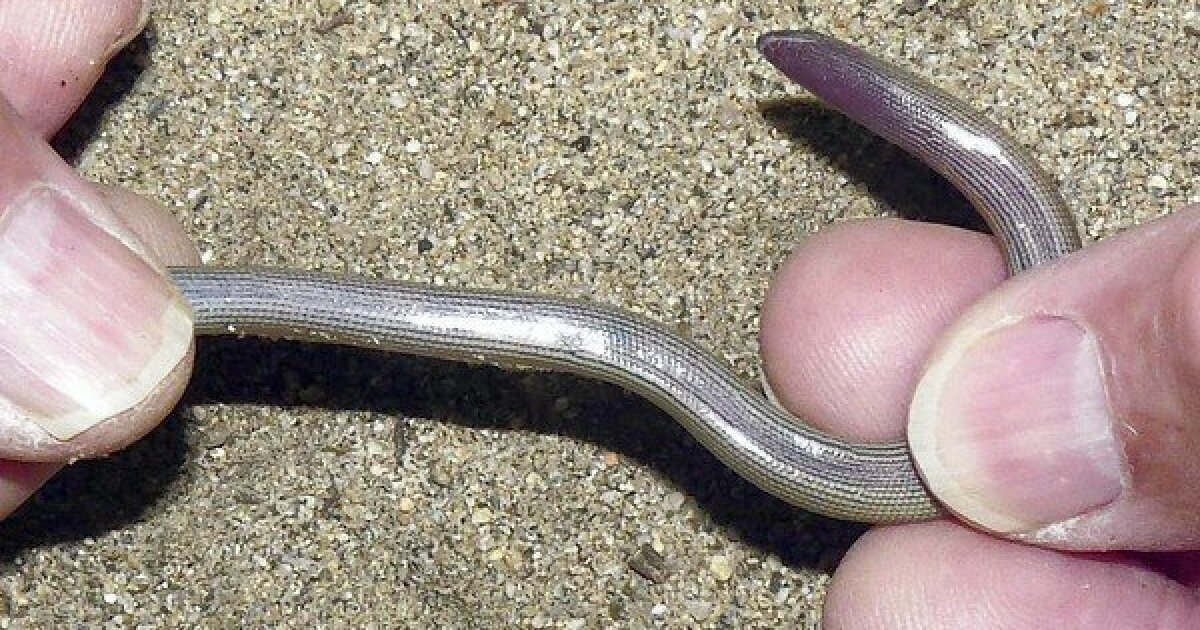 Scientists have discovered four new species of legless lizards in California, including one that lives under sand dunes near Los Angeles International Airport.

Throughout the evolutionary history of lizards, several lineages of lizards have lost their legs, said James Parham of Cal State Fullerton. Snakes are the best known and most diverse of these lineages, but more than 200 other types of limbless lizards exist throughout the world.

In California, five species of legless lizards have been identified, all part of a group called Anniel. Four of these legless lizards are new to science and were recently described in Breviora, a publication from Harvard University’s Museum of Comparative Zoology.

And how do they differ from snakes?

“Anniel can blink, but snakes can’t because they don’t have eyelids,” said Parham, one of the paper’s authors.

They also don’t shed their skin in one piece like snakes do, and they move differently.

“Snakes can coil up a lot more, and they’re more slippery,” Parham said. “Anniel tend to be stiffer.

Anniel are pretty little animals, about as thick as a pencil and rarely more than 8 inches long. They spend their lives squirming around under loose, sandy soil, munching on insects and grubs.

They don’t move quickly or far, and researchers say they can spend their entire lives in an area the size of your dining room table.

Other than that, scientists still don’t know much about them.

“They are one of California’s least studied reptiles,” Parham said. “Because they live under the sand, you can’t see what they’re doing, and you can’t even do mark and recapture because you can’t reliably capture those things.”

Parham and his co-author, Theodore Papenfuss, a herpetologist at UC Berkeley’s Museum of Vertebrate Zoology, have been scouring the state for legless lizards for 15 years. When they began their research, only one type of legless lizard was known to live in California.

One of four newly identified species of Annielthe Southern California legless lizard, was found under leaf litter in the dunes at the west end of LAX.

The Bakersfield legless lizard was found in three vacant lots in downtown that city.

To find these lizards, scientists scattered 2,000 pieces of cardboard and plywood throughout the state to create moist, cool areas that attract the lizards. Then they came back months later to see if any of the lizards had appeared.

Parham says he and Papenfuss still have 1,000 boards in the state that they plan to check in the spring, when legless lizards are most likely to surface. And who knows, maybe they will discover even more species.

“This is an evolving study,” he said.