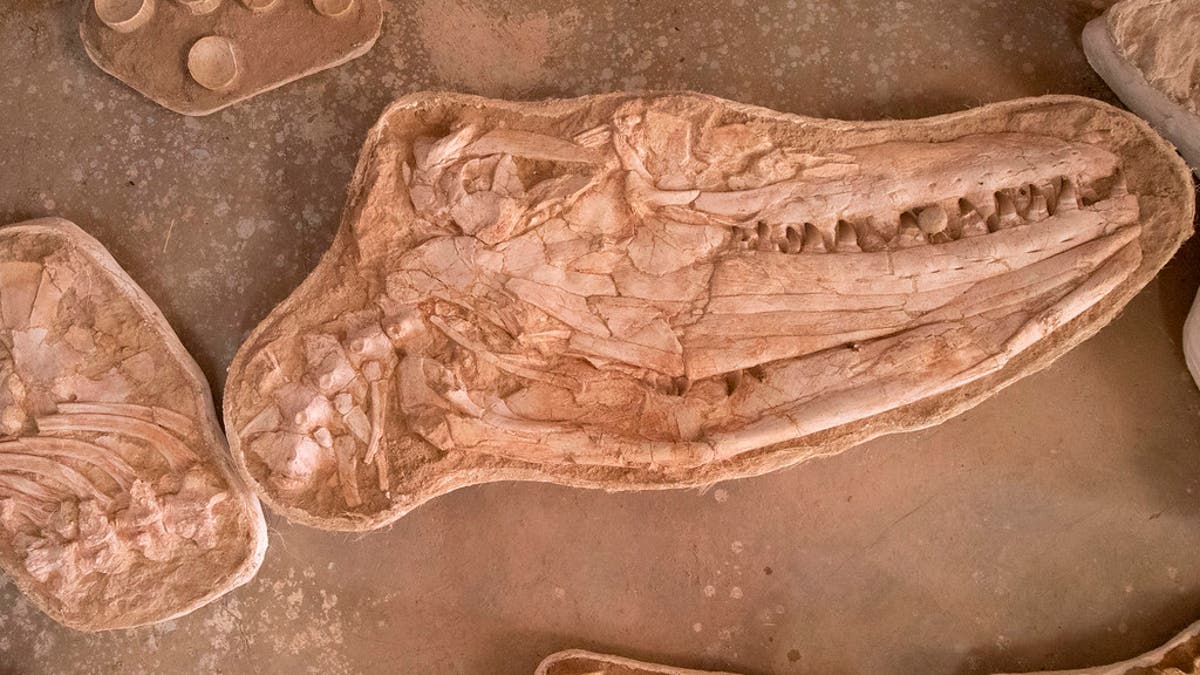 The atrox Thalassotitan was a mosasaur, which were giant sea lizards. It had “massive jaws and teeth” which enabled it to “seize and tear apart huge prey”.

The mosasaurs are not dinosaurs, but lived in the last million years of the age of the dinosaurs, which means that the atrox Thalassotitan lived on Earth at the same time as the T. Rex and the Triceratops.

The researchers also found fossils of Thalassotitan’s potential prey, which include at least three different species of mosasaurs and a plesiosaur, which is another type of marine reptile.

Fossils show that Thalassotitan had injuries that would suggest it fought violently with other mosasaurs over feeding grounds or mates.

Thalassotitan’s teeth are broken and worn, suggesting that the animal attacked other marine reptiles and broke its teeth by biting into their bones.

“Thalassotitan was an amazing and terrifying animal,” said Dr. Nick Longrich, who led the study.

Fossils of the atrox Thalassotitan have been discovered in Morocco, near Casablanca, which was flooded by the Atlantic Ocean during the late Cretaceous.

Professor Nour-Eddine Jalil, co-author of the article from the Paris Natural History Museum, said: “Phosphate fossils from Morocco provide an unprecedented window into paleobiodiversity at the end of the Cretaceous.

“They tell us how rich and diverse life was just before the end of the ‘age of the dinosaurs’, when animals had to specialize to have a place in their ecosystems. Thalassotitan completes the picture by taking on the role of the mega predator at the top of the food chain.

“There is so much more to do,” Longrich added. “Morocco has one of the richest and most diverse marine fauna known from the Cretaceous. We are just beginning to understand the diversity and biology of mosasaurs.