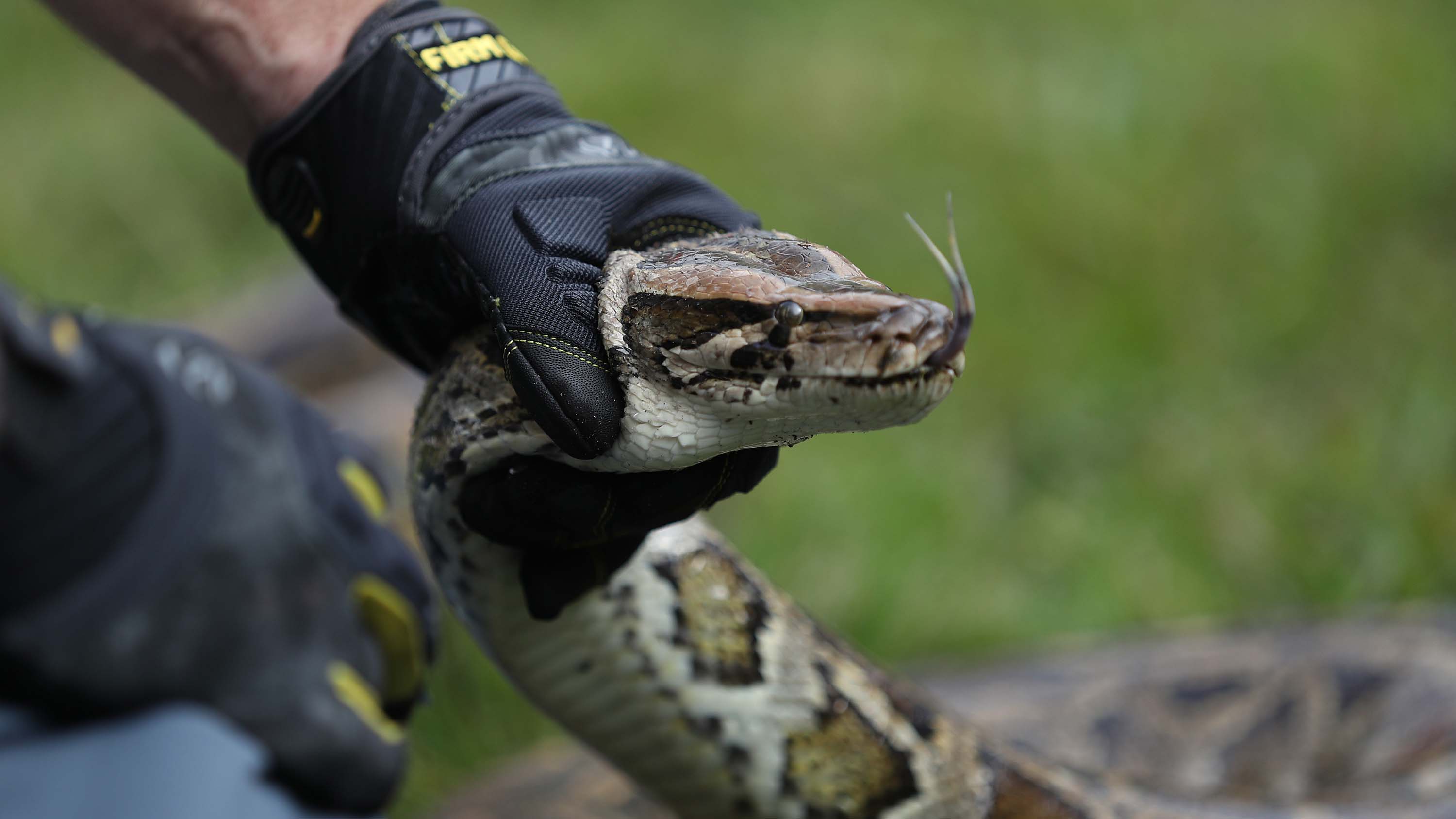 From pythons to giant lizards to iguanas known to fall from trees in cold weather, Florida is imposing new restrictions on the import, breeding and possession of more than a dozen invasive reptiles.

Many, such as pythons and green iguanas, are already well established in the wild, mostly due to release or escape from pets.

Invasive species can cause significant environmental and ecological damage by attacking native wildlife and destroying habitat and infrastructure. State and local governments spend millions of dollars a year to control invasive species and repair the damage they cause.

(CONTINUED: Incredible image of blue and red lightning captured by the Hawaii Telescope)

Yet imposing restrictions on the breeding and sale of snakes and other non-native reptiles is not without controversy. More than 4,000 people submitted written comments to the FWC, while others called in to speak at Thursday’s meeting. Many have expressed dismay at the new rules.

“People who own reptiles have a mental and emotional connection to them,” said reptile owner Nicole Tisdale, who lives in Maryland and reconsidered moving to Florida due to the new rules, according to the Tampa Bay Times. “They are part of our family, they are part of our being.”

Those who raise and sell the animals said the new rules will limit their livelihoods.

FWC commissioners, who voted unanimously for the ban, said the state had no choice but to act.

“We have to put our foot downCommissioner Rodney Barreto said during the meeting, according to the South Florida Sun-Sentinel. “It is wreaking havoc in Florida. People move to Florida, why? They come here for our environment, our beaches, our lakes.

Florida’s tropical climate, combined with its position as a shipping and air transportation hub, has led the state to have one of worst problems with invasive animals and plants in the country, according to the US Fish and Wildlife Service.

“Farming invasive alien species in Florida is like playing with matches in a powder keg,” said Julie Wraithmell, vice president and executive director of Audubon Florida, in an FWC press release. “With such hospitable winters, a few escapees can become populations, and then taxpayers and private landowners have to pay millions each year in eradication and management costs.”

More than 500 non-native species have been reported in Florida, including more than 139 with established populations, meaning they breed in the wild, according to the FWC. Eighty percent of non-native species were introduced via the live animal trade.

While the problem is seen primarily as affecting the Everglades and southern Florida, invasive species in the state are moving further north. Black and white Argentine giant tegu lizards, for example, have established populations in central Florida and have been spotted in two counties in Georgia. They can be up to four feet long and live for up to 20 years.

Green iguanas, famous for falling from trees when stunned by the cold during periods of cold temperatures, were first reported in Miami-Dade County in the 1960s. They now have established themselves in at least six other counties along the Atlantic and Gulf coasts, according to the FWC.

Perhaps the Florida invasive species that gets the most attention is the burmese python. The snakes have settled in parts of South Florida and the Everglades, where they prey on several native species, including Key Largo woodrats, a federally endangered species.

The primary journalistic mission of The Weather Company is to report on the latest weather news, the environment and the importance of science in our lives. This story does not necessarily represent the position of our parent company, IBM.