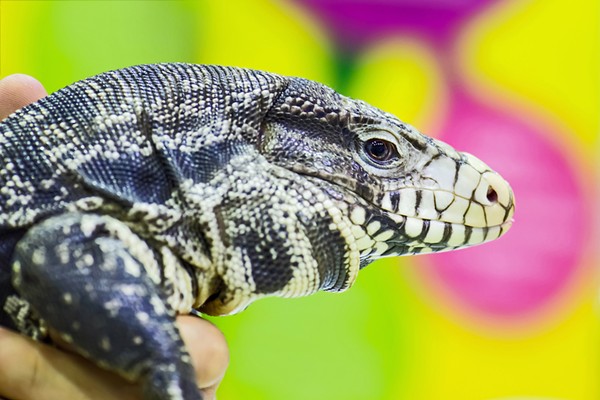 Arguing that a new law and executive order would “devastate Florida’s commercial reptile industry,” a trade organization and business owners are challenging the constitutionality of state rulings that would largely prevent possession, breeding and selling certain types of non-native reptiles.

The Florida Chapter of the Reptile Keepers Association of the United States and six individual plaintiffs filed a lawsuit last week in Leon County Circuit Court challenging the constitutionality of a law Governor Ron DeSantis signed. on June 29 and an executive order issued the following day by Florida Fish and Eric Sutton, executive director of the Wildlife Conservation Commission.

The case alleges that the legislature exceeded its authority in passing the law to suppress species such as tegu lizards, green iguanas and reticulated pythons because the Fish and Wildlife Conservation Commission has constitutional authority to regulate the species. The lawsuit also alleges that the executive order violated the plaintiffs’ due process rights.

Plaintiffs’ attorneys are seeking a temporary injunction to block the law and executive order, pointing to “irreparable harm” to members of the industry.

“They have invested substantial sums and other resources to comply (with regulations of a state program) and now face the imminent destruction of their businesses and investments,” the Tallahassee attorneys wrote, Tiffany Roddenberry and Larry Sellers, in the lawsuit, filed Friday.

“Many will be forced to give up their reptile inventories, which in (many) cases contain priceless animals that have been specially bred for their genetics. Some companies will be forced to relocate their animals in a hurry and in some cases will have no recourse but to euthanize those animals in an attempt to comply with the abrupt change in state regulations.

Under the new law, tegu lizards and green iguanas cannot be bred and kept for commercial purposes except for “educational, research or eradication or control purposes”.

Lawmakers passed the measure (SB 1414) as part of broader efforts to restrict or, in some cases, eradicate non-native species that officials say threaten Florida wildlife and even things like than roads and dykes. The most publicized example has been efforts to kill pythons in the Everglades.

A presentation to be presented to the Fish and Wildlife Conservation Commission next week said “the greatest route by which non-native fish and wildlife find their way into Florida habitats is through escape or release from the trade of pets”.

“The level of concern for an individual species is determined by assessing potential impacts,” the presentation said. “These impacts can be ecological such as direct predation, human health and safety including injury or disease transmission, or economic impacts resulting from the introduction. Economic damage includes iguanas undermining levees and levees. …Pythons feed directly on a wide variety of birds and mammals, including deer.

The new law relates in part to so-called “conditional” species, such as reticulated pythons and green anacondas, which companies were able to receive possession permits for breeding and commercial sales, according to the trial. These species were not allowed to be kept privately as pets.

Tegu lizards and green iguanas were not considered conditional species, but licenses were required to sell or display them, according to the lawsuit.

The law, which came into effect on July 1, tightens restrictions so that conditional species, tegu lizards and green iguanas cannot be bred and kept for commercial purposes, with the only use permitted for “educational purposes.” , research or eradication or control”. In a caveat, owners of tegu lizards and green iguanas would be allowed to sell or breed the species as long as their licenses remain active, with sales to be out of state.

The lawsuit alleges that the legislature’s passage of the measure improperly infringed on the Fish and Wildlife Conservation Commission’s constitutional power to regulate wildlife. He also alleges that Sutton’s executive order, which is designed to help advance the law, was issued without following proper due process, such as the possibility of a hearing.

The Fish and Wildlife Conservation Commission is expected to consider draft rules to enforce the law next week, beginning a process that could lead to eventual approval of the rules. The presentation before the commission said Sutton’s executive order “was signed to help bridge the gap between the new wording of the law taking effect July 1 and the FWC conforming our rules to the new legal requirements.”

_
Please follow CDC Guidelines and Orange County opinion to stay safe, and please support this free post. Our small but mighty team is working tirelessly to bring you news about how the coronavirus is affecting Central Florida. Please consider making a one-time or monthly donation. Every little gesture counts.

What kind of animal is it? | Local Features