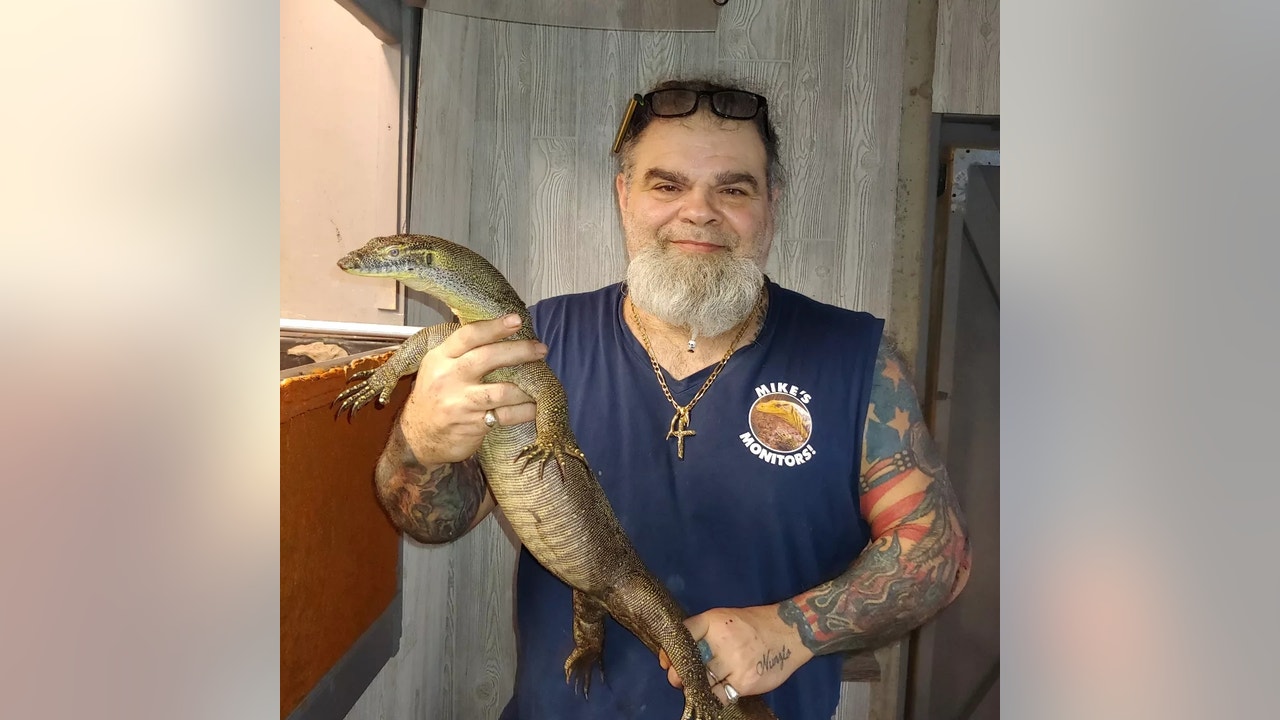 Reptile expert Mike Stefani, who specializes in monitor lizards, says his first thought upon seeing the video was that someone’s pet has probably escaped.

“IIt’s pretty irresponsible to let any type of animal escape your care,” Stefani said. “As a responsible animal and reptile owner, you need to know where your animals are at all times. Those few people – and there are really very few – who are irresponsible really give us a bad name.”

Stefani says the reptile in the video is likely a savanna monitor, which is an invasive species from Africa.

“It’s a medium-sized African Varanus. A Varanus is a monitor lizard. And they’re insectivores, so they eat a lot of scorpions, insects, molluscs like snails,” Stefani explained. “It’s not those big Komodo dragons that are going to tear your dogs and cats apart.”

Mike Stefani of Mike’s Monitors shows off a monitor lizard

Stefani says if you see one, you can call Fish and Wildlife, or you can try to trap it yourself.

“They’re really slow. Even the savages, they’re really not that aggressive,” Stefani said. “Just to be on the safe side for those who weren’t sure, if you went with a large beach towel and threw it at the animal – once you put a beach towel on that animal, you can safely catch it by the back of the head and the base of the tail, then you can control it very easily.”