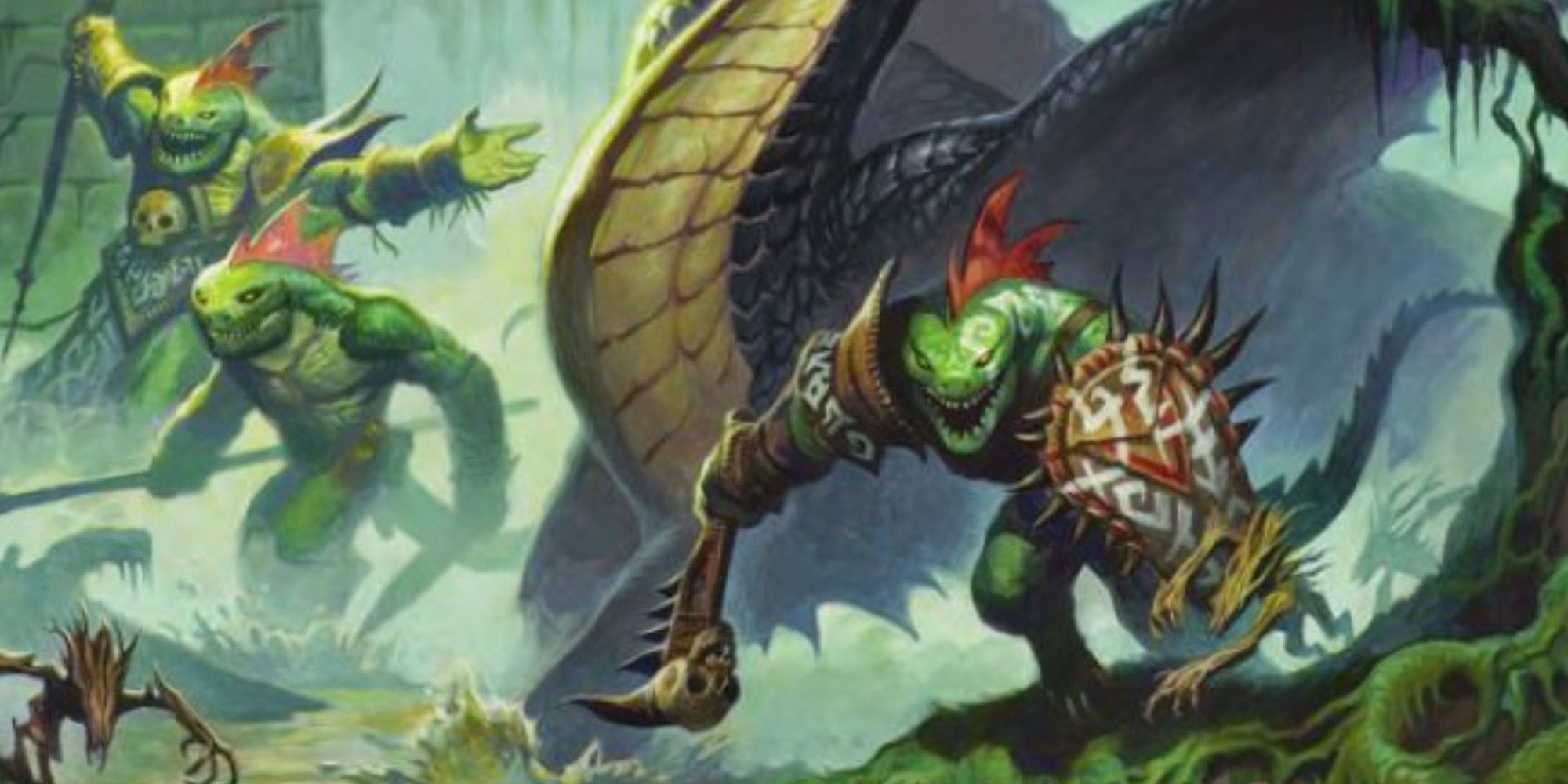 The Dungeons & Dragons The 5e ruleset features a host of playable breeds for players to choose from, many of which are based on real-world animals. It is not difficult for J&D characters to turn into animals, as that is the purpose of the Druid’s Wild Shape ability, and there are various spells that allow the player to shapeshift, but there are many options for playing an animal all the time. It just depends on whether they want to spend the whole game playing like a rabbit or a cat with a sword.

A major change in J&D 5th that has happened over time is how playable races work. The fact that Tasha’s Cauldron of Everything removing racial stat bonuses meant there was much less pressure to play specific builds, making it easier for players to create the characters they wanted to play. Many monstrous races have also been updated, making them more viable as character options. This means that any race/class build is now viable, including animal races.

There are many playable races in J&D which are based on real world animals. The following list will not include anything Unearthed Arcana (this includes the hippo inspired Giff, like Spelljammer: Adventures in Space hasn’t been released yet), shape-shifters or creatures inspired by Greek mythology like satyrs and minotaurs, which are bizarre animal/human hybrids that don’t quite fit the theme. There are still plenty of animal breeds for players to choose from, should they wish to walk on the wild side with their character.

D&D Tabaxi are felines, Harengons are hares/rabbits, lizards are reptiles

In J&D, the human and humanoid races have many gods of their own, some of which govern ordinary animals. Some animals have their own protective deities, and all felines fall under the banner of the Lord of Cats. The Lord of the Cats is said to have created a race called the tabaxi, which are humanoid cats that generally resemble jaguars, though they can look like any type of feline. The most recent version of tabaxi appeared in Mordenkainen Presents: Monsters of the Multiversewhere his climbing speed is the same as his walking speed, he has natural claw weapons, can see in the dark with darkvision, and can perform bursts of speed.

The Feywild is home to all manner of whimsical beings, for that is where they originated, and the elves of the J&D the multiverse originally originated there. The campaign called Nature beyond the witch’s light introduces herringons, which are humanoid rabbits and hares. Herringbones were also printed in Mordenkainen Presents: Monsters of the Multiverse, where they can leap without provoking attacks of opportunity, gain proficiency with initiative rolls (known as Hare-Trigger), and add 1d4 to Dexterity saving throws, in order to demonstrate their great agility and abilities of perception.

There are races in J&D who are descended from dragons, such as dragonborn and kobolds, while some were created to have serpent-like elements through magical rituals, such as yuan-ti purebloods. Lizards are neither, as they are modeled after real-world reptiles, and they are one of the oldest races in the material foreground. They are found hanging out in swamps or jungles all over the campaign worlds, where they generally keep to themselves and do not interfere with the lives of warm-blooded humanoids. The most recent version of the lizard people appeared in appeared in Mordenkainen Presents: Monsters of the Multiversewhere they are skilled swimmers, possess a deadly bite, can hold their breath for fifteen minutes, and have scaly skin that acts like armor.

The Magic: The Gathering D&D Races introduced owls, elephants, and lions to the game

J&D and Magic: The Gathering both belong to Wizards of the Coast, but it took years for the two to intersect in any meaningful way. There are now several Magic: The Gathering source books for J&D which bring concepts from the card game into the tabletop game. The first of these manuals was Ravnica Guild Masters Guidewho introduced the loxodon into J&D. Loxodons are humanoid elephants with an incredible talent for carving stone. In Ravnica Guild Masters Guidethe loxodon can carry weight as if it were one size class larger than itself, have advantage on saving throws against charm or fear, have a natural AC 12, and can use its trunk to perform simple tasks , including doing an unarmed hit against an enemy.

In Strixhaven: A Program of Chaosa breed called the owl was introduced J&D. In J&D tradition, owls are descended from giant owls that resided on the Feywild, and they were transformed into humanoids by the chaotic magic of that realm. The version of owlin in Strixhaven: A Program of Chaos have flight speed equal to walking speed (but only with light armor or no armor), proficiency in the Stealth skill, and darkvision of 120 feet.

Mythical Odysseys of Theros details an airplane inspired by the myths of ancient Greece. It is here that the leonins are found in the lands of Oreskos, where they guard the immense lands of pride of their house. Leonins are humanoid lions, which differ from tabaxi in several ways. A few leonins leave their homeland and become adventurers, after which they can be used as playable characters. The version of leonin in Mythical Odysseys of Theros have a walking speed of 35 feet, 60 feet of darkvision, a natural claw weapon, and a powerful roar attack that can inflict fear on enemies.

D&D Aarakocra are eagles/parrots, tortoises are tortoises, Kenku are crows

Aarakocra are native to the Elemental Plane of Air, though they can be found in the wild in many J&D campaign settings, such as the jungle of Chult in the Forgotten Realms. These are birds that most often resemble eagles or parrots, although they can look like any bird. The recent version of aarakocra in Mordenkainen Presents: Monsters of the Multiverse gave them flight speed equal to their walking speed, natural talon weapons, and the ability to throw Gale at level 3.

Continuing with the bird theme, there are also the kenku, which are humanoid crows. Kenku do not have the ability to fly, and although they are often known as expert tricksters and thieves, thanks to their incredible talent for mimicry, many have different professions. The recent version of the kenku in Mordenkainen Presents: Monsters of the Multiverse have mastered the art of duplicating handwriting, imitating sounds and remembering information.

People who want to create a teenage ninja, but have trouble thinking of a playable race for the character can’t go wrong with a turtle. Turtles are a race of humanoid turtles, with a huge protective shell on their backs, which (oddly) doesn’t slow them down. The recent version of the turtle in Mordenkainen Presents: Monsters of the Multiverse has a natural claw weapon, the ability to hold its breath for one hour, a natural AC of 17, and they can hide in their shells for an additional +4 bonus to AC. This makes it an ideal choice for a Dungeons & Dragons caster, as they never have to worry about wearing armor.