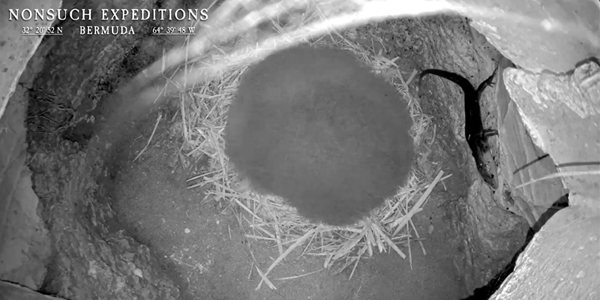 As the world celebrates “Endangered Species Day”, Dissimilar shipments highlights two of Bermuda’s IUCN Red Listed species – the cahow and the skink – noting that the two critically endangered species interact on Nonsuch Island where they can “thrive without the threat introduced predators.

Jeremy Madeiros, Senior Terrestrial Conservation Officer responsible for the Cahow Recovery Project, observed something remarkable this year: as he records the highest number of chicks ever recorded at the Cahow breeding colony on the On Nonsuch Island, the population of another critically endangered animal is also increasing: the endemic Bermuda skink.

“It seems that where the Cahows nest, the skinks tend to do better too,” says Madeiros.

He thinks it’s likely that the Bermuda skink co-evolved with Cahows and Audubon’s shearwaters that lived in large breeding colonies on the islands of Bermuda, and that the skink’s success may be linked to Cahows. .

“Thanks to a 60+ year rewilding effort that has allowed Nonsuch Island to restore its pre-colonial Bermudian habitat, allowing cahows and skinks to thrive without the threat of introduced predators, we can observe these two critically endangered species from interaction once again.”

“The skinks hang out in and around Cahow burrows – and the birds don’t seem to care,” said Nonsuch Expeditions founder and CahowCam creator Jean-Pierre Rouja, as documented in the footage from CahowCams, its specially configured cameras that allow video from inside underground nest burrows to be broadcast to the world without disturbing the birds.

“Why do skinks want to get comfortable with fluffy chicks? Likely to take advantage of the safe shelter of their underground burrows and forage for food. Skinks have a highly variable diet, including fruits, insects and carrion.

“They take on a cleaning role in Cahow’s nests, eating insects like ants that bother the chicks. They also eat spilled food and bird droppings, and when an egg fails or a chick dies, they quickly enter and retrieve it.

“They perform a valuable function for Cahows, protecting the nests from burrowing disease. They are almost like little housekeepers. They benefit from the shelter and, in turn, they keep the nests beautiful, clean and healthy,” Mr. Madeiros explained.

“Living in a Cahow burrow probably gave skinks a better chance of survival when they first colonized Bermuda, probably traveling over the ocean on floating debris about 400,000 years ago. 2 million years ago. Thanks to the restoration of the Cahow, this ancient relationship has also been reconnected.

Extract from the video above showing the skink “visiting” the cahow

A conservation team in New Zealand had a similar story, Madeiros said.

“In areas where they were increasing shearwater populations [a ground-nesting bird related to the cahow]tuataras have also increased – a reptile endemic to the region that looks a bit like a cross between a lizard and a dinosaur.

“The tuataras used the burrows for shelter and the birds were not bothered by the lizards. Now we can see a similar thing happening with the skink in Bermuda. It seems increasingly clear that the cahows and the skinks have had this semi-symbiotic relationship for thousands of years – possibly millions.

On the mainland of Bermuda, skinks are now only found in small, fragmented populations in specific habitats. On Nonsuch, Madeiros says skink populations far from the Cahow colony have plateaued or even declined, while those living near Cahows have skyrocketed.

The next step will be for Madeiros to prove his observations empirically by conducting another skink survey, which will involve trapping the skinks and determining their population numbers.

“It’s a nice little symbiosis. Cahow’s recovery plan has unintended beneficial side effects – we’re even helping other species as well,” he said.

To learn more about the work done by Nonsuch Expeditions, visit their website.

Here’s how to protect 1,300 endangered animal species in Texas