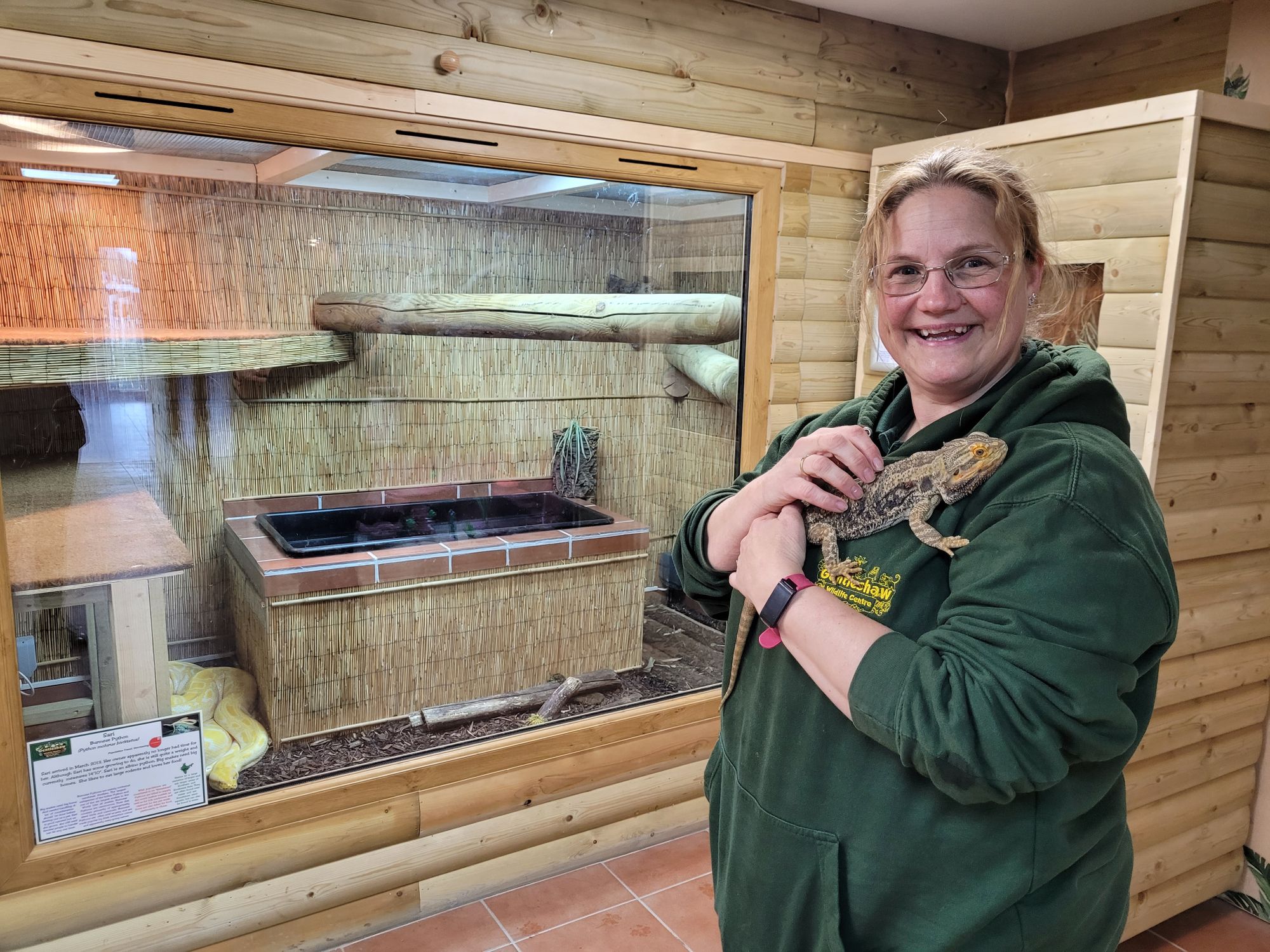 A Staffordshire animal sanctuary has celebrated its 29th anniversary.

Gentleshaw Wildlife Center in Eccleshall opened to the public on April 9, 1993 and since then has housed hundreds of rescued animals and shared their stories with thousands of visitors.

Currently, the Stone Road attraction is home to over 140 animals and is open to visitors six days a week.

It was started by the late Rob Smith, and today its work is continued by his family and a group of volunteers.

To celebrate, the wildlife center marked the occasion with additional activities on the day, including the animals opening gifts and additional meet and greets with some of the animals for guests.

The past few years have been trying for the wildlife center.

A little over three years ago, a fire triggered by an electrical failure destroyed three enclosures and resulted in the death of 23 animals.

Just over a year later, they were forced to close to the public in March 2020 when the UK entered its first nationwide lockdown.

The following year, the shrine was barely able to open to the public, missing vital revenue from ticket sales.

The sanctuary continued to raise funds to cover their running costs of £1,200 a week and continued to rebuild the enclosures lost in the fire.

Being able to celebrate their 29th anniversary was something special for staff and guests.

Director Jenny Morgan explained: “The last two Easters have been beautiful and sunny but we have been closed due to Covid-19. This year the forecast was uncertain and we had a few showers but the sun shone and there were lots of smiles.

“Saturday was a great success, the animals all enjoyed their treats and gifts and despite the mixed weather the birds flew well and our visitors had a great time.”

Recently, a long-standing project was completed, the 30-year-old reptile building was refurbished.

Manager Jenny Morgan said: “Our most recent project is the refurbishment of our reptile area, which has just been completed.

“The Reptile Zone is home to large snakes, Bruce the monitor lizard, who was found climbing a lady’s house, and a family of marmoset monkeys rescued from the pet trade.

“We started this project three months before the fire, then the reconstruction took priority and the reptiles had to wait.

“It was our first building, so it’s the oldest of the places, which means it was ready for renovation.

“This is the most expensive and time-consuming project we’ve ever done, but it’s finally done!

“I’m very relieved but already ready for the next one.”

Now the reptiles have a new home Gentleshaw’s latest fundraiser is a small project that will benefit two feathered residents.

Walter and Neville the Laughing Kookaburras have been around for several years after their zoo closed. But the couple have been staying in several different enclosures while plans were made, and now an old enclosure will be refurbished for them when the necessary amount is raised.

Jenny added: “Once the small project for the Kookaburras is complete, we also hope to redo the Capuchin enclosure – these are the two big projects planned for this year.

“I might run out of plans,” she laughed, “but I’m sure we’ll have to do something else after that.”

To donate to their current Kookaburras project, visit their gofundme page by clicking here, or to view and purchase items from Gentleshaw’s Amazon wishlist, click here.

You can also sign up for Amazon Smile which donates money to charity every time you shop at no extra cost to you, visit smile.amazon.co.uk for more information.

Get all the latest news, updates, things to do and more at Eccleshalldevoted from Staffordshire InYourArea Feed.