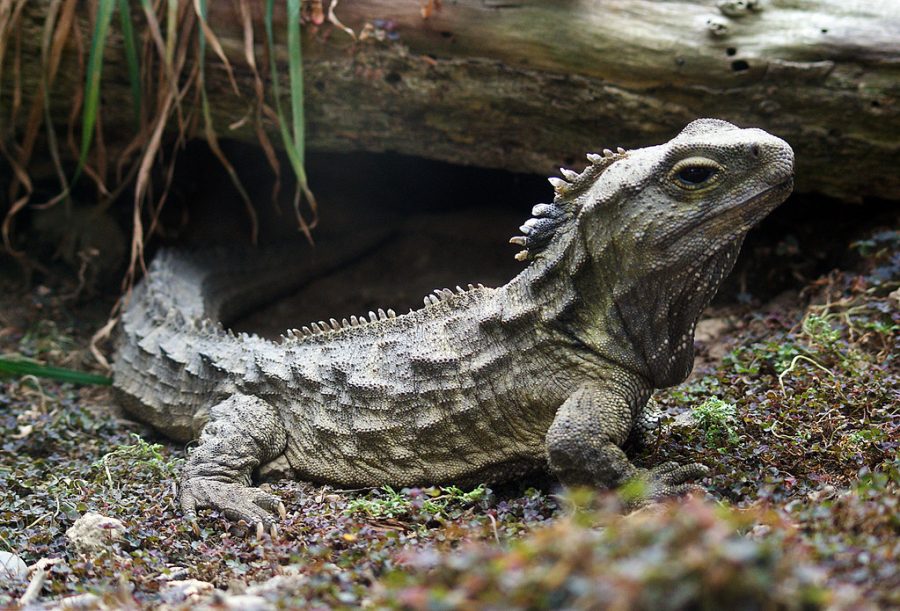 An extinct species of reptile believed to have lived among dinosaurs has been discovered by researchers at the Smithsonian National Museum of Natural History.

The new species is Opisthiamimus gregori and was closely related to the living Sphenodon punctatus, also known as tuatara reptiles. Land inhabited by Opisthiamimus 150 million years ago in Jurassic North America.

Researchers discovered the fossil with the intention of reaching an Allosaurus nesting site, but came across the Opisthiamimus fossil instead. It is considered one of the most complete fossil formations of small reptiles ever found in the formation.

While the reptile was estimated to be about six inches from nose to tail, a well-preserved and complete fossil has greater implications for life history and its coexistence with other organisms than larger but larger fossils. more incomplete.

“What’s important about the Tuatara is that it represents this huge evolutionary story that we get to capture in what is likely its final act,” Carrano said. “Even though it looks like a relatively simple lizard, it embodies a whole evolutionary epic dating back over 200 million years.”

Scientists had originally thought that most of the lizard-like reptile remains belonged to a genus called Opisthias, meaning that Opisthias were considered a dominant, broad-spectrum species. However, the discovery of Opisthiamimus means that other species of Tuatara existed at the same time between them.

Opisthiamimus’ similarity to lizards has led researchers to believe that they became extinct due to competition with lizards. Climate and habitat changes may also be factors.

Fossils like Opisthiamimus, while of little relevance, are key to understanding major environmental changes and evolution as one dominant species is replaced by the next.

“These animals often took precedence over the dinosaurs which means that there is still much to discover, study and understand about them”, Carrano said.

Although the Morrison Formation has been the subject of research and excavation for years, much remains to be discovered to truly understand Earth’s prehistoric organisms.