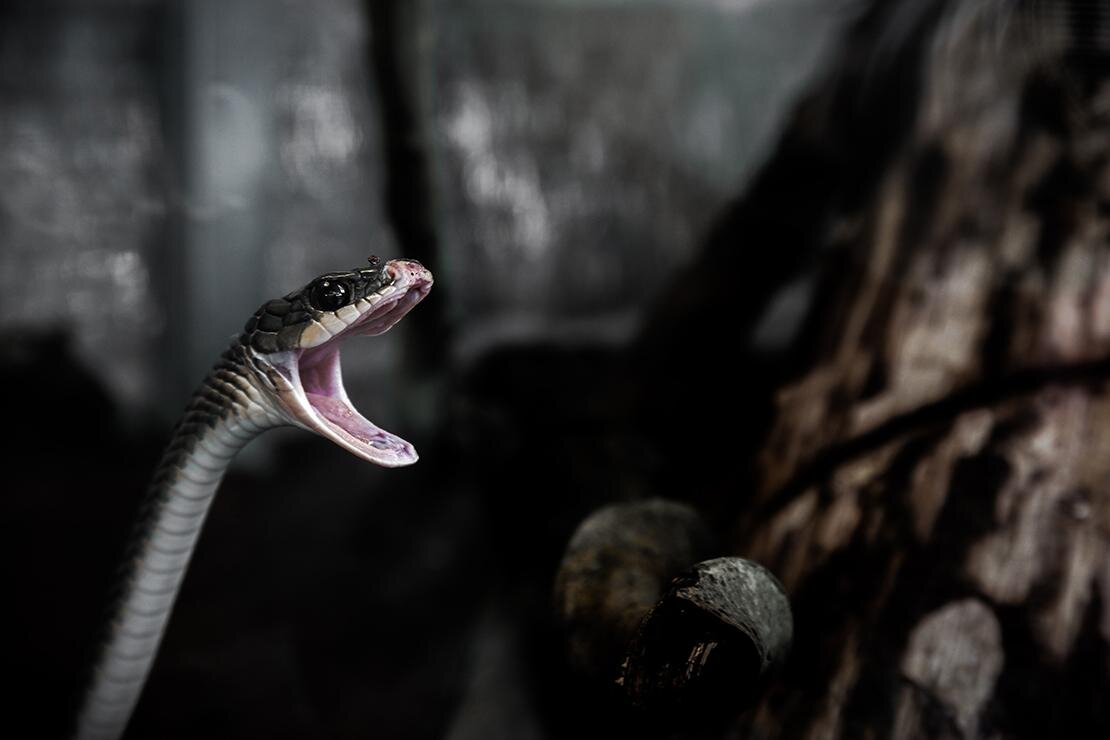 It all started with a big claim: Scientists had discovered the first four-legged snake fossil known from Brazil. The specimen, named Tetrapodophis amplectus, was small, the size of a pencil, with tiny limbs. It was considered an important discovery that offered paleontologists a major clue to the link between lizards and snakes.

Scientists have long believed that snakes lost their limbs during evolution, and UTM biology professor Robert Reisz says there is a very rich fossil record of snakes that have the cranial adaptations of a snake, and who still have remains of limbs.

But the conclusion of this latest discovery did not please him or his colleagues.

“I was so upset with this kind of mediocre science that makes it one of the best scientific journals,” said Reisz, who, along with Michael Caldwell of the University of Alberta, asked to see the fossil in person. “Shortly after the original publication (in 2015), we secured access to the specimen by raising hell, and then we were able to study it. And basically, we did our detective work properly and we have found a much more plausible alternative explanation that it is not a snake, but a small lizard. “

Reisz says the way the fossil was first obtained raised red flags. By the mid-20th century, Brazil had banned exports of fossils, but this artifact was illegally exported and purchased by a private collector who allowed researchers to publish the article on it.

“It was pretty unethical,” he says. “There are now laws to protect (these national treasures) and we must respect them and work within the system rather than being tempted by the pull of an exciting fossil you get through unethical means. . “

Reisz and Caldwell traveled to Germany to examine the artifact, which was in a small private museum that displays materials from the region, including Jurassic reptiles and dinosaurs.

“We re-examined it, spent a few days with it and found that the available evidence was much better than that presented by (the authors) because in addition to the actual fossil there was also a considerable impression,” Reisz said, adding that he and Caldwell got a lot of information from the print of the specimen’s skull.

He explains that when a fossil forms, it forms between layers of rock. The impression it creates as it becomes rock, along with the sediment, is extremely valuable due to its precision.

In this case, the rock from which the fossil was extracted was split, with the skeleton and skull on opposite sides of the slab. The shape of each has been kept as a print on the opposite side. The original study ignored the natural impression that the skull looked “more like a lizard than a snake”.

Reisz says snakes have extremely mobile skulls where many bones are reduced and others are loosely connected to each other, especially around the back end of the skull and the jaw joint. He adds that snakes can also move multiple bones out of the way, while still being connected to each other in the skull, to swallow prey whole.

Reisz and Caldwell also discovered that the original authors’ claims regarding the arrangement of the specimen’s teeth were false.

He explains that a snake’s teeth are designed to allow prey to go in one direction along the mouth, but they are sharply curved to prevent any movement of the mouth.

While he and his colleagues discovered that the Tetrapodophis amplectus was not a snake, Reisz says it is still an important fossil in some way.

The team discovered that the anatomy matched the anatomy of dolichosaurs, an extinct marine lizard from the Cretaceous period. This shows yet another example of how lizards evolved and shrunk their limbs to accommodate their surroundings, he says.

Reisz adds that the story also serves as a reminder that “science is a quest for truth, and the closer we get to the truth the better.

“We want to find out and get as close to the truth as possible,” he says. “Every time we find another interesting fossil, it brings us closer to it. We learn more about the life that precedes us.”

Provided by the University of Toronto Mississauga

Airborne DNA could revolutionize our ability to monitor animal biodiversity