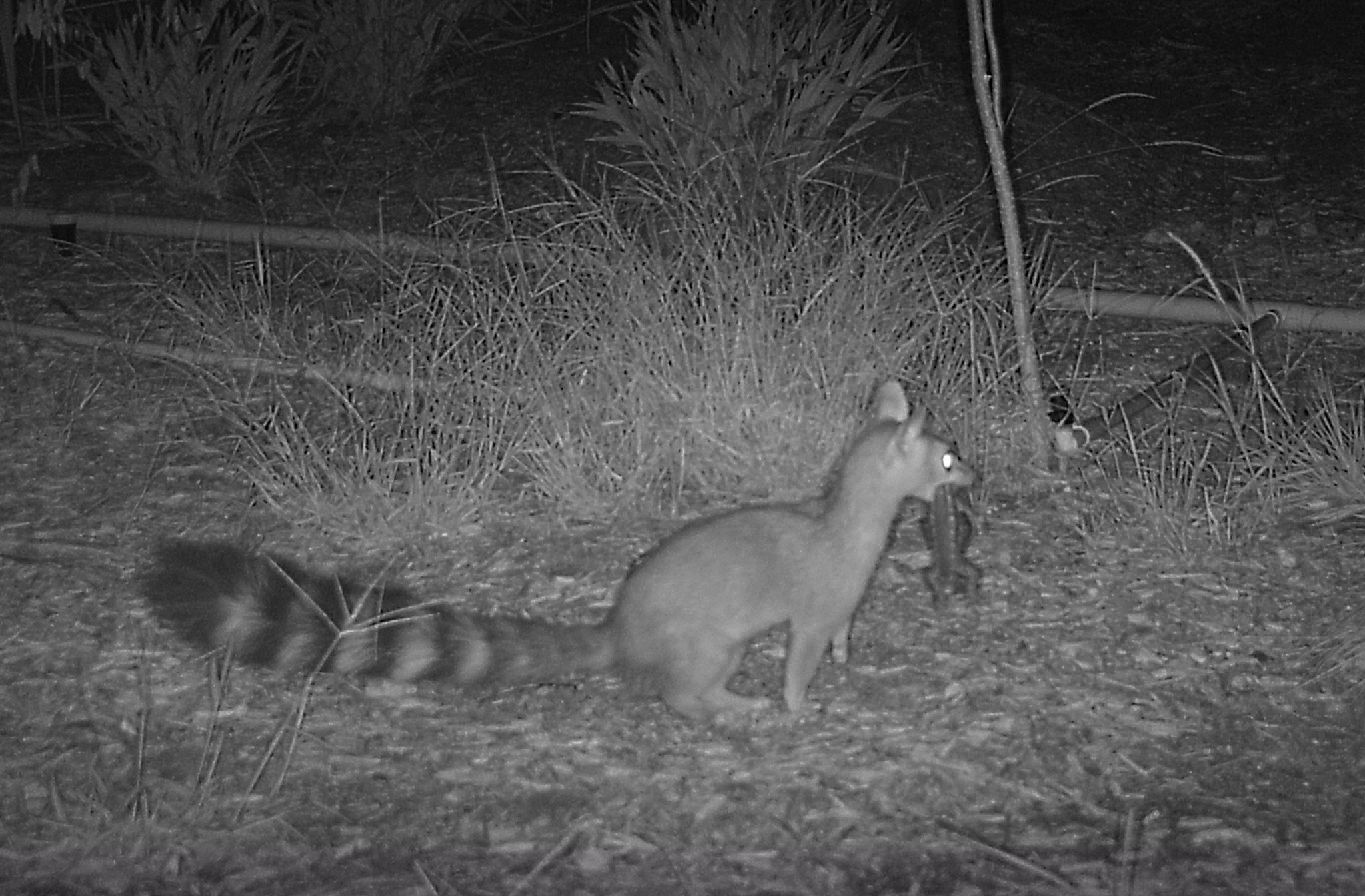 A new species has been spotted taking advantage of San Antonio’s new land bridge at Phil Hardberger Park, according to surveillance footage captured by the San Antonio Department of Parks and Recreation.

On Thursday, November 11, Phil Hardberger Park Conservancy posted a photo to Facebook of a Ringtail cat with a Texas spiny lizard in its mouth. The species is part of the raccoon family, according to conservation.

“Ringtail cats are rarely seen because they are nocturnal and very shy,” the post notes.

The species is one of many wild animals that have been found on the bridge, which was completed in December 2020 and officially opened in April. The species that have been photographed on camera are the tailed opossum, cottontail rabbit, white-tailed deer, and coyote.

The 165-foot-wide land bridge provides food, water, and shelter for the animals. It has two water bubblers, trees, shrubs and grasses for food and native vegetation for shelter.

In mid-April, staff from the Natural Spaces Division of SAPRD launched a study assessing the use of wildlife on the land bridge. The study is expected to last five years. As vegetation becomes more established, more animals are expected to use the bridge.