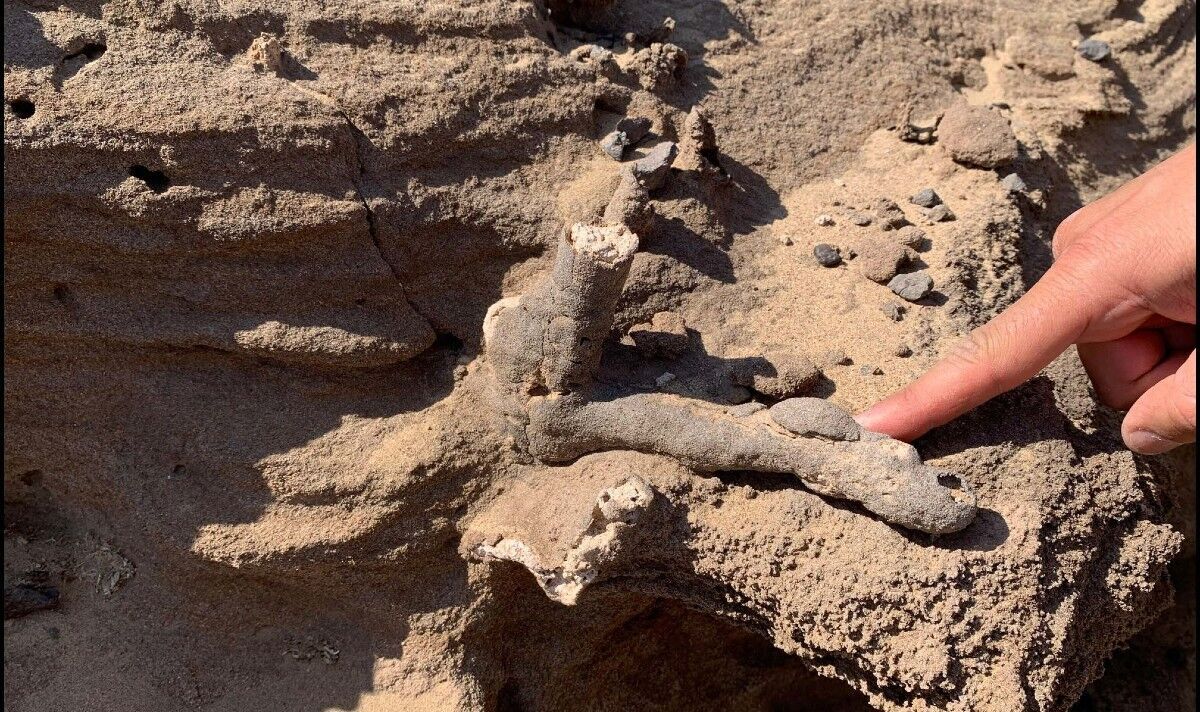 During redevelopment projects in Saudi Arabia, archaeologists have discovered the fossils of an 18-meter-tall Mosasaur, a 14-ton sea lizard often referred to as the ‘T-Rex of the sea’. The fossil was over 80 million years old and was discovered as part of a ten-day dig led by paleontologists from the Saudi Geological Survey (SGS). Besides the mosasaur bone, the researchers also unearthed various samples ranging from the Late Cretaceous to the Eocene, around 80 to 45 million years ago.

About half of the sites surveyed have yielded rare fossils, with researchers expecting to uncover many more in future excavations.

The findings offered new insights, as this is the first record of marine mammals from the Paleogene period found in the Red Sea coastal zone.

Speaking to Express.co.uk, Abdulla M Memesh, Geological Studies Program Director, said: “Cretaceous vertebrate fossils from the Red Sea Coastal Plain are part of the global Tethys Ocean assemblages. which dominated most of the second half of the Mesozoic Era before the Great Cretaceous Extinction.

“New fossils and localities in the Arabian Peninsula will greatly add to the international paleo database and to our knowledge of the prehistory of this region.”

Memesh noted that in the future, he and his team expect to find many more such large creatures in the regions, many of which lived around the same time period.

He continued: “We already knew that these creatures once lived in the Tethyan Ocean in this part of the world, based on information obtained from previous geological expeditions.

“But only now have we had access alongside our Red Sea partners to visit and explore this part of the Arabian Peninsula with greater depth.”

Along with mosasaur fossils, scientists who excavated the site also discovered numerous fossilized remains of sea cows, crocodiles, and one of the largest turtles ever discovered in the area.

Oliver Wood, director of adventure and sports at The Red Sea Development Company, which will soon be developing a regenerative tourism project at the site, said: “All over the world, coasts and cliffs close to the sea have always unearthed stories from the past, including Britain’s Jurassic Coast.

“We wanted to discover what was hidden under the rocks, dunes and sands of the coastline on which we are developing our destination, linking our fossils and finds to that of the world, and allowing us to better understand the history of the planet and the role that the lands and seas of Saudi Arabia have played millions of years ago until today.