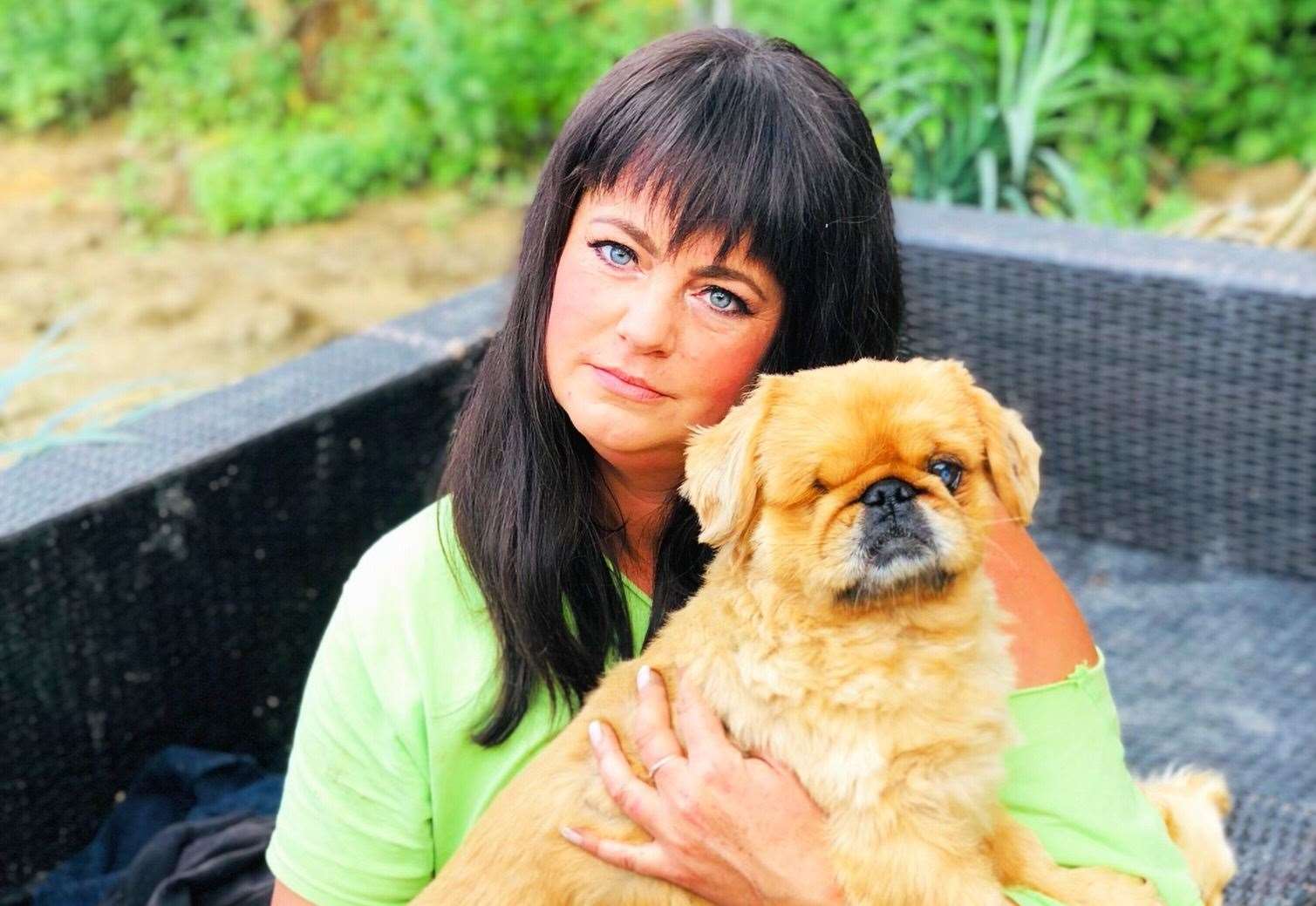 An animal shelter boss has been rushed to hospital with a suspected heart attack days before a crucial board meeting to decide the fate of his charity.

Amey James and his partner Phil Greenhalgh are seeking retrospective permission to change their land use so they can continue to operate Happy Pants Ranch near Sittingbourne.

But officers are recommending the denial ahead of a crucial Swale council planning meeting on Thursday night.

Last Friday Amey, 36, was rushed to hospital with a suspected heart attack.

She said: “I was sitting in the ER waiting for an ECG because of chest pains. I’m pretty sure it was stress related. I just want this whole nightmare to be over. It’s literally killing me. “

The saga began when the couple moved to 20 acres near Hawes Woods – an ancient woodland in High Oak Hill near Iwade Road – in Bobbing last January.

Since then they have been hit with a series of complaints, one of which ended with a noise notification for having annoying roosters, geese and cows.

They were also told to stop using potentially contaminated waste to build roads.

Amey, who said she felt victimized, said: “I got counseling because all the stress and bullying had such a huge negative impact on my mental health to the point that I had many suicidal thoughts. over the past few months.

“I’m not sure the board even understands the devastating implications of denying change of use permission.

“I’ve spent every penny of my divorce settlement (over £50,000) on the site. Either the charity or I just don’t have the money to move again so soon.”

The application is to change land use from agricultural use to animal rescue and includes fencing and barriers, field shelters, animal shelters, shipping containers for storage and a caravan for staff.

Officers insist the proposal is not “consistent with the overarching principle” of sustainability in the countryside.

They claim the gates, fences and structures will cause ‘substantial damage’ to the ‘rural character and appearance of the street scene’ and add: ‘There is insufficient information provided to reasonably assess whether the proposed use (open houses) would result in a significant increase in traffic levels to a point which would be detrimental to the character, appearance and intrinsic visual amenity value of a designated rural thoroughfare.”

The application was first presented to the council on December 9, but was postponed for three months to get more information about the charity’s plans. Officers say the charity missed the deadline.

The council’s environmental health team said it was ‘clear from the evidence’ that use of the site was ‘untenable’ and filed a ‘strong objection’.

The application received 29 letters of support and two objections, one of which asserted: “In its fiery rush to illegally occupy this land using innocent animals as land, this company has killed more wild animals than any other that ‘she will never save.’

Another said: ‘Residents cannot safely walk down our own street for fear of being run over or attacked by one of their fleeing animals.’

One supporter replied, “I’ve never been attacked by a farm animal. It seems silly when you’re surrounded by fields of sheep that might attack you, which has nothing to do with the ranch. It might to be the most ridiculous objection I’ve ever heard.”