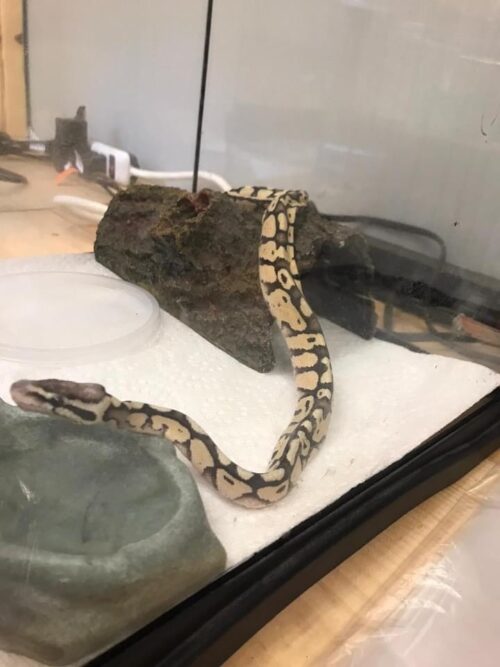 The two students wish to remain anonymous and will be referred to as John Smith and Jane Doe.

Smith is a wildlife biology major. Smith has various leadership roles in the biology department working specifically with reptiles.

Doe is a graduate student in general biology.

Both students said they had experience running a zoo.

Aquatic Life opened November 11, 2020 as an aquarium store, but began housing reptiles before fall 2021. The owners, in response to a Facebook post accusing the store of animal abuse and poor care of their reptiles, said they do not personally. have experience with reptiles, but hire employees who know proper husbandry and care deeply about the animals.

However, Doe said, whenever they ask employees questions about animals, employees miss answers and refer to other employees. Smith said it appears they don’t have employees who know the proper procedures for caring for reptiles.

“Starvation was one of the immediate things [I noticed]”, Doe said. “I have a gecko and I could tell immediately that their dishes hadn’t been changed for much longer than they should have.”

In a photo posted to the aforementioned Facebook post, the store’s ball python is shown with its head in the water, likely due to exhaustion from illness. Doe said this animal has mites, which is not directly confirmed on Facebook, but Aquatic Life said in the comments section that the snake was sick and receiving treatment.

Due to the disease, the snake’s nutrition has depleted to the point where its spine and skull are visible. Doe said the store claimed the snake was fed regularly, even trying to force the animal to feed.

“[This is] the opposite of what you should be doing,” Smith said. “It’s really stressful for the animal. They cannot digest food as quickly. They also don’t have the heat to digest if they feed them that often.

Smith said one of the animals appeared to have a rib injury and overall the animals were very lethargic.

Doe said his tank didn’t appear to be heated and the only decoration was a bowl of water.

“They say they deal with it every day [as if] that excuses the need for a proper enclosure,” Smith said. “Like, ‘He doesn’t need basic care to survive because we play with him all the time.’ It’s like having a dog and never feeding it, watering it, giving it a bed or toys…”

On Facebook, owners respond with hostility to comments that criticize the store.

“This is not a review to harass the owners,” said a community member. “I’m literally begging you to feed your snakes and geckos… This is animal abuse, and I’ll be happy to leave my full review on BBB and call Animal Control.”

In the attached images, she shows the ball python with its skull visible due to being underweight, as well as lying in water, an unusual behavior for how snakes usually drink water. She also attached a photo of a food bowl in a gecko enclosure, which shows what the poster says are rotting fruit and crickets drowned in the water bowl.

The owners responded by claiming the commenters were all online and trying to harm the store.

“I have already explained that the snake refuses to eat, whether alive or frozen,” the owners of Aquatic Life said. “If you’re so disgusted with the store, don’t come back…I actually prefer [the comments] to show that not all animals are healthy and some need more care to thrive…I have weekly visits from people with more power than a mouth exam that would shut us down if the best possible care were not given to the animals we have.”

One of the geckos was missing a tail, which Smith says is a sign of stress. Another was partially blind. Smith said it was likely due to a genetic defect.

Doe said all sick animals were for sale.

Ultimately, Doe said they wanted the store closed and the animals housed.

Smith said the store should return to selling fish only.

“Bottom line, they need to stop selling reptiles and amphibians,” Smith said. “I mean, the landlady admits she doesn’t know how to deal with them and isn’t willing to learn, it seems.”

The two students contacted Animal Control and the Murray Police Department for wellness checks, as well as an Animal Health and Wellness worker.

The news contacted Aquatic Life but no response received.

No Animal Control updates were available at the time of publication.