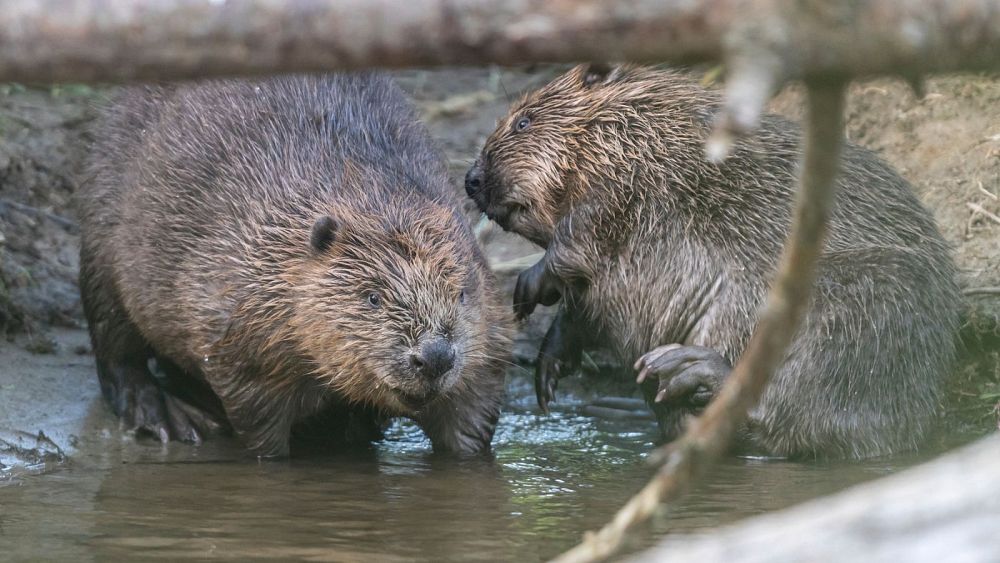 Beavers are now a protected species in England, 400 years after being hunted to extinction.

Since October 1, it has been illegal to deliberately capture, harm, kill or disturb industrious rodents, which have returned to their native land in recent years.

While marking the historic day, environmental groups have expressed concern that the beaversThe newly obtained European protected species status is itself threatened by the British government.

“Changing the legal status of beavers is a game-changer for these incredible eco-engineers, who benefit both other wildlife and humans,” says Joan Edwards, director of policy and public affairs at The Wildlife Trusts, who was the pioneer of their reintroduction.

“However, it is extremely worrying that government announcements last week mean that their new legal status may now be reviewed – alongside all other vital laws that protect nature.”

What does the new English protection mean for beavers?

There are believed to be hundreds of Eurasian beavers living in the wild in England, mainly in the South West where they make valuable improvements to waterways.

This follows a successful reintroduction by the Devon Wildlife Trust to the River Otter in 2015 – as well as a number of unlicensed releases. But most of the population lives in enclosures, and that’s not expected to change anytime soon, says Elliot McCandless of the Beaver Trust.

The charity awaits further guidance from the government, but understands that landowners will need a wild release permit to take down their fences. Facilitating this process is one of five key steps the trusts are asking for, in a letter to incoming environment secretary Ranil Jayawardena.

Currently, people who release beavers face high upfront costs and may be responsible for managing this wild population for the next five to ten years. This is another obstacle to their full reintroduction.

In Scotland – where beavers have been protected since May 2019 – beaver management is centrally funded. The Beaver Trust wants this to happen in England too, but nevertheless welcomes the big step taken today.

‘We hope people will learn to live alongside them and see them as part of the British landscape, recognize that they should be here and that they can help us,’ says McCandless.

“But first, we really have to help them get back to the level of population they would have been historically in some way.”

To this end, protected species status also makes it illegal to damage or destroy a beaver’s breeding or roosting site such as an associated burrow, lodge or dam.

How do beavers benefit the environment?

As a once native species, beavers are allowed to thrive in Britain. But there is no doubt that they offer a lot to humans and the wider environment. This has earned them the title of “ecosystem engineers”.

“During droughtsthe wet landscapes they create look like green oases as their forested dams hold back water – and in times of heavy rainfall, they slow down flood waters and improve water quality,” says Edwards.

With England increasingly vulnerable to Drought in summer – especially in the south – and flooding in winter, we urgently need the services of beavers. Purify waterways, capture carbonand helping thousands of other species thrive are also high on this list of benefits.

Out of 218 countries, Britain ranked 189th in terms of the completeness of its biodiversity in a recent historical assessment.

“We are one of the most nature-poor countries on the planet,” McCandless says.

Compared to England and Wales, Scotland is well ahead, however, with around 600 to 1,400 beavers according to recent figures from ScotNature. But there’s even more inspiration to be found in the rest of Europe.

Eurasian beavers have been reintroduced into Sweden in the 1920s, and the nation saw their numbers soar to 150,000. Norway and Germany both reintroduced them in the 1960s, and they now have populations of around 80,000 and 40,000 respectively.

“The population is growing in Britain, but we are generationally behind other countries in Europe in bringing this animal back,” McCandless said.

He acknowledges that beavers are not without problems. The large gnawing abilities of rodents can cause difficulties with infrastructure and on prime agricultural land; such close cooperation with Farmersfisheries, forestry and other parties is needed.

“We would like to see coexistence promoted in the first place and where there are still problems we would use well-established mitigation techniques like tree packaging to prevent trees from being felled and flow devices to prevent beaver dams creating localized flooding in certain areas,” he adds.

A mention of “lethal control” licenses to the government tips turned out to be controversial. But McCandless doesn’t foresee it being a necessary last resort in the near future. More likely is the need to translocate, trap and move a beaver to a more suitable site, if mitigation measures do not work.

How the UK government is threatening the beaver revival

New protections for beavers were overshadowed by the government’s mini budget last week, which environmental groups across the UK have denounced as a ‘attack on nature‘.

As well as touting 38 new “investment zones” that would see industries encroach on vital natural areas, Truss’ government could scrap hundreds of environmental regulations with its new “Brexit Liberties Bill.

“Beavers and other wild animals, such as ottersare protected by the Habitat Regulation, which originates in EU law – all of which will be revised by the end of 2023,” says Edwards.

“Under the new bill, there is no guarantee that beavers or other species will retain their protections, and furthermore, with decisions directly under the control of the Secretary of State, the usual process of parliamentary scrutiny and public consultation will not apply.

“We call on Britons to defend nature against the governmentis a dangerous decision.

Shin Godzilla takes the reptile back to its horror roots | Opinion