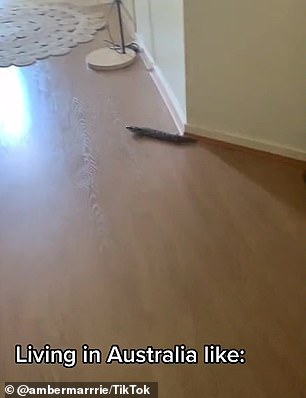 Lizard, snake or giant worm? Woman films disturbing creature squirming around her home – and only Aussies know what it is

A young Australian woman has baffled many foreigners after she shared a video on TikTok of a bizarre creature wriggling around her home.

The woman, Amber, was heard screaming and laughing as the strange animal scurried across her floor in the video shared on Monday evening.

The TikTokker later revealed the animal to be the common blue-tongued lizard, but the video had already terrified many watchers around the world. 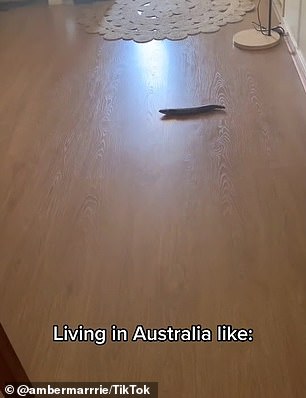 “I was asleep and heard a sliding noise, so I went outside to find this. My dad came and kicked him out,” Amber said.

Blue-tongued lizards are found throughout Australia, but more commonly on the east coast

They can reach a maximum size of 60 cm

The video received over 66,000 views and was inundated with comments, many of whom pointed out how “Australian” it was.

‘What are Jeepers Creepers? You know what? It doesn’t matter, it’s Australia,” one commented.

‘Omg it’s alive and not a toy… what is it? Is it a lizard? wrote another confused TikTokker.

“Maybe Australia isn’t for me after all,” said one.

‘It’s called a land eel for non Australians,’ another joked.

‘What is this alien?’ said another.

Blue-tongued lizards are commonly found in homes and backyards, but are neither poisonous nor threatening.

They are found in all states of Australia, but most commonly on the east coast.

The largest blue-tongued lizards can measure up to 60 cm in length. 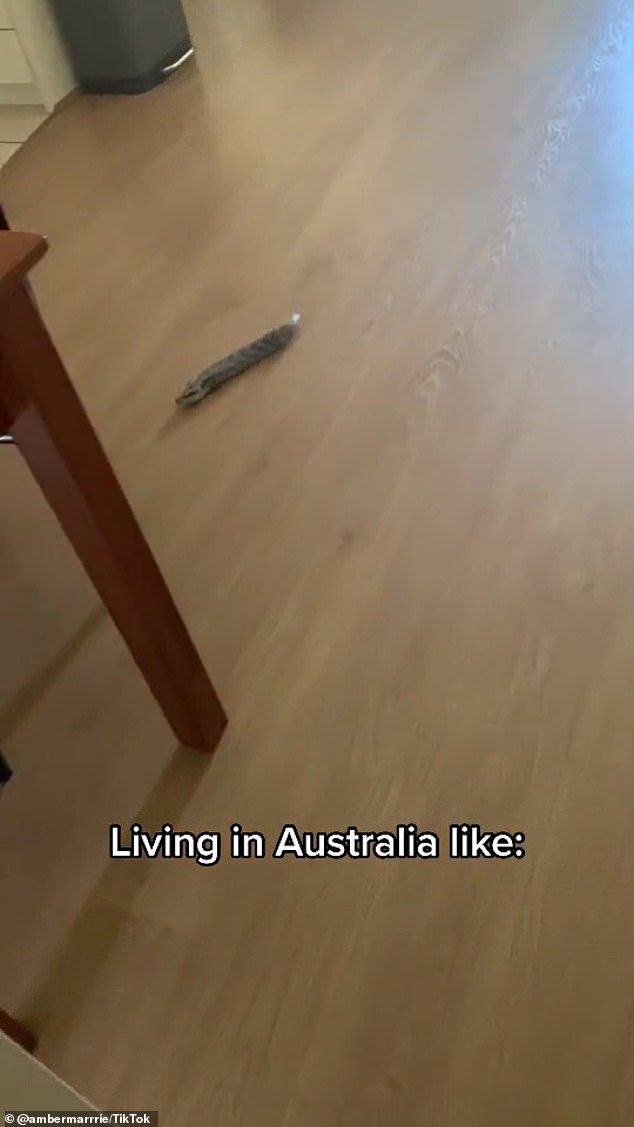