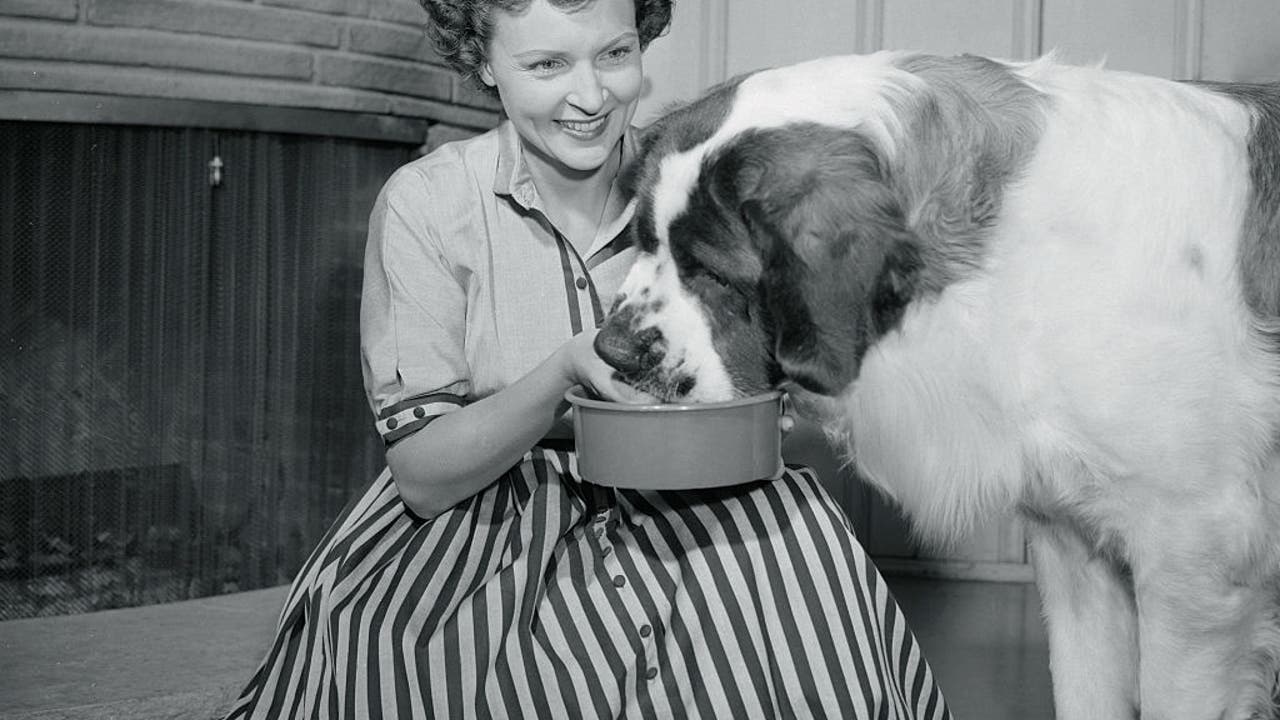 (Original caption) Betty White, star of DuMont’s Life with Elizabeth show, has just about enough time to feed her massive St. Bernard, Stormy, before rushing to the studio from home.

Furkids Atlanta announced it was celebrating Betty White Day – which would have been the actress’ 100th birthday – by participating in the “Betty White Challenge”, a nationwide campaign to donate to local animal shelters.

“Help us honor Betty White today and donate over $5 to support animals in need, a mission close to her heart,” a message on the shelter’s Instagram read.

HOW TO ENTER THE BETTY WHITE CHALLENGE

“Betty White’s love for animal welfare has inspired so many, and she has touched the lives of countless animals in need throughout her life,” the post read in part.

White, the legendary television actress known for her iconic roles on “The Mary Tyler Moore Show” and “The Golden Girls,” also had an off-screen passion: animals.

Fans and organizations have stepped up by donating to animal shelters or rescue missions in his name.