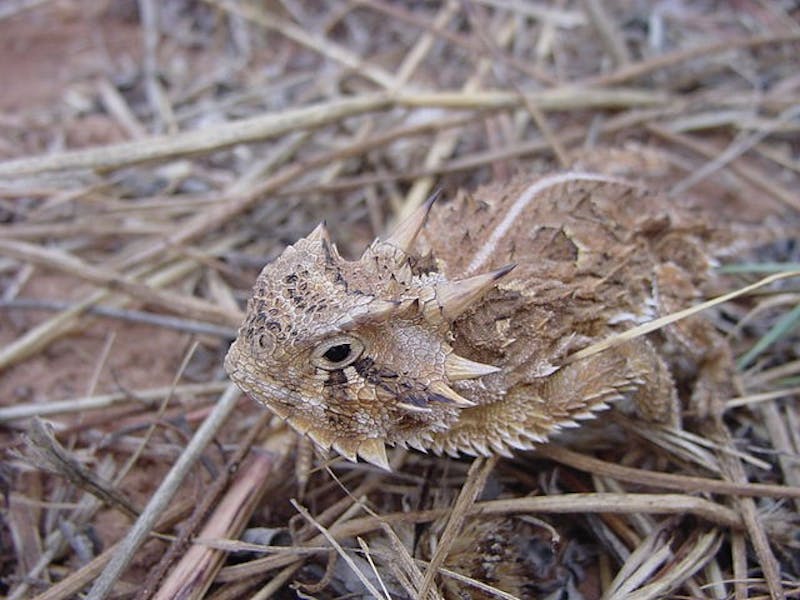 At the zoo: Reptile display shows fangs on grounds – The Cavalier Daily

Freedom of speech is once again the subject of contentious debate on Grounds after a controversial reptile display took place last week at Old Cabell Hall. The highly controversial animal showcase was led by Mike’s Pets, a traveling science assembly program dedicated to introducing young learners to herpetology – the study of amphibians and reptiles – and was hosted by fans of young amphibians, an IOC on the grounds with the stated mission of promoting zoological values ​​at the University.

Opposition to the reptile exhibit began almost immediately after young amphibian fans announced the event during spring break in early March, with some student body members pointing out that Mike, the owner of Mike’s Pets, has a long history of his animals hurting the public. members.

Indeed, at past exhibits conducted by Mike, volunteer participants have experienced a variety of reptile-related incidents ranging in intensity from moderate to severe to downright baffling. These include rashes left on participants’ hands by poison dart frogs, puncture wounds from horned lizards, and baby alligator bites that broke the skin. There was also the widely reported incident last year when, during a presentation given by Mike’s former boss, a member of the public was nearly strangled by a common boa snake when the animals escaped from their habitats and terrorized the crowd.

Mike declined to comment on the incident, although his former boss claims he intentionally did not leave the animal cage doors unlocked and open.

Prior to the event, Cavalier Daily’s editorial board wrote that they did not condone the Mike’s Pets platform, questioning whether the pet showcase was seen as a worthy contribution to the “premise of” diversity of the wildlife »» on Grounds. “Dangerous reptiles are not entitled to their own educational showcase,” the board wrote, “creepy, crawling creatures that threaten student safety are unjustifiable.”

In defense of Mike’s Pets, the Youthful Amphibian Fans characterized the presentation as a response to the unusually cold weather Charlottesville experienced earlier this spring, announcing the event as dealing with a “climate that has become almost inhospitable to blooded creatures cold”. A representative of Youthful Amphibian Fans said that “Mr. Jefferson would be proud of us for bringing reptiles to Grounds,” referring, of course, to the third president’s famous statement about an individual’s inherent rights to “the life, liberty and the pursuit of exotic animals”.

University students, ever dedicated to the pursuit of knowledge, dutifully descended on Old Cabell Hall on Tuesday, with some enthusiastic learners praising the event as “something to do” and “a way to skip class”. Others were more adamant in their opinions regarding the animal showcase. “If I want to go see Mike’s Pets, and I end up getting bitten by a snake and saying, turn yourself into some kind of snake-man, well that’s my prerogative as an American,” said said second-year Tom Cottonmouth, wearing a “Don.” ‘t Tread On Me’ t-shirt, which notably showed a snake cut into pieces.

“The problem for me, says Camila Hares in third grade, is that although I myself am not afraid of snakes, many of my friends have mice. And it just seems unnecessarily dangerous to place mice in such close proximity to their natural predators. »

Freshman year, Kevin McGarter was one of the few students to come to the reptile showcase with an unbiased perspective, saying he was “excited to learn.” However, McGarter changed his tune after attending the exhibit, calling the animals on display “unpleasantly slimy.” He also noted that, overall, the series’ reptiles were “pretty boring”. “Most of the animals seemed to be unconscious,” he said, “Mike kept talking about the importance of reptiles ‘staying asleep’ and the danger of being ‘awakened’ .”

This isn’t the first time Mike has argued against the idea of ​​waking the animals. At a similar showcase at Stanford University in February, he called people who try to bring other living creatures to a basic state of consciousness “radical pests.”

In the end, the reptile presentation was uneventful and uneventful, although Mike devoted a significant portion of his presentation to a discussion of animal safety. Oddly enough, it was the rest of the animal kingdom, rather than the reptiles on display, that Mike felt posed the greatest threat to the university. “These reptiles aren’t poisonous,” Mike claimed, “The real danger is people wanting to keep predators away from their prey. That’s the real poison here. And the antidote to that poison is freedom. All animals should be free all the time to let natural selection take its course.

It should be noted that, despite his reference to Darwinism, Mike is a creationist.

“I don’t know,” said fourth-grade Bernie Panthers after the presentation, “it seemed to me like there was a lot of talk about how important reptiles are to have their ‘freedom’ for a focused presentation. on the presentation of caged animals.”