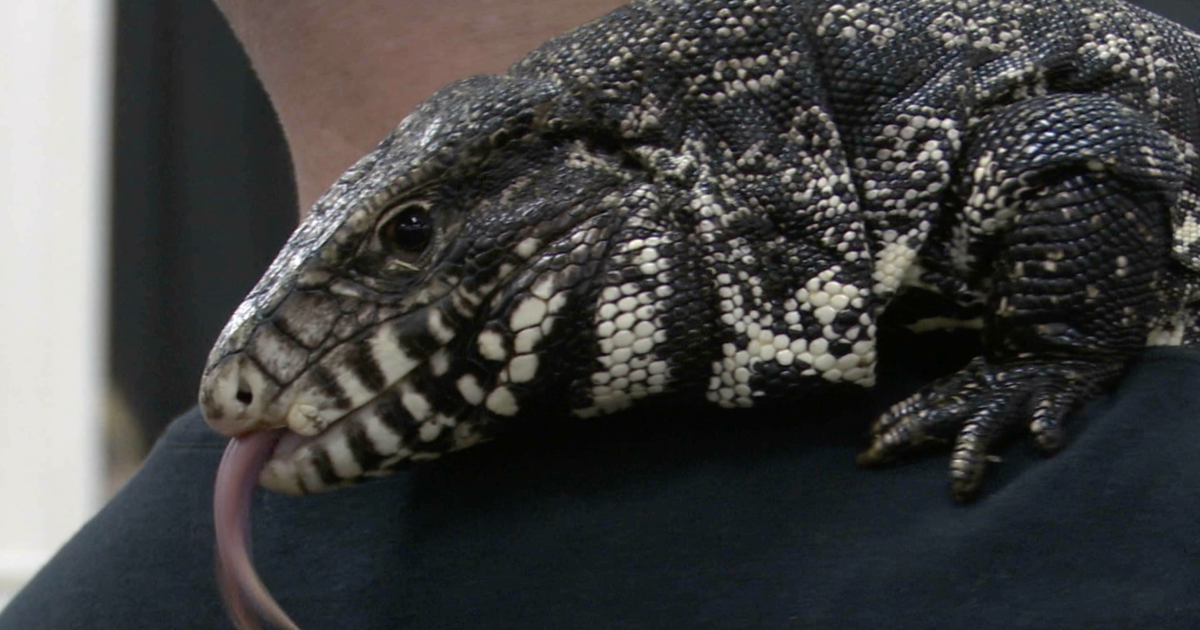 The show began in 2002 and is the largest and longest running reptile show in the state. Their goal is to not only educate people about wildlife, but to send them home with a new pet.

“You have to keep them soft and comfortable,” said Emma Thomas, 5.

But she talks about her new pets, two crested geckos on the show.

Wolfson said the purpose of the event is to educate the community about the roles reptiles and amphibians play in our ecosystem and to debunk any misconceptions or myths.

More than 100 vendors from across the country come to the show to answer wildlife questions and hopefully change the minds of those who are scared.

“The more we know, the less we are afraid of them. These poisonous snakes, yes you have to respect them, and you have to be afraid of being bitten but not terrified. They are behind glass. So it is very important to do that and realize where they are in our ecosystem,” said Russ Johnson of the Phoenix Herpetological Sanctuary.

Wolfson said one of the main reasons he continues the show is to reduce fear in the community.

“There are more reptiles in and around the city of Tucson than virtually any other city in the country,” Wolfson said.

And to hopefully teach viewers like Emma a thing or two.

“I learned that we have to feed dragon fruit and snakes bite,” Emma said.

The annual show will be back next fall.

——-
Faith Abercrombie is a reporter for KGUN 9. Prior to coming to KGUN, Faith worked as a videographer for the Phoenix Children’s Hospital Foundation and as a reporter and producer on the documentary on youth suicide, “Life is…” on Arizona PBS.
Share your story ideas with Faith via email [email protected] or by connecting to FacebookWhere Twitter.