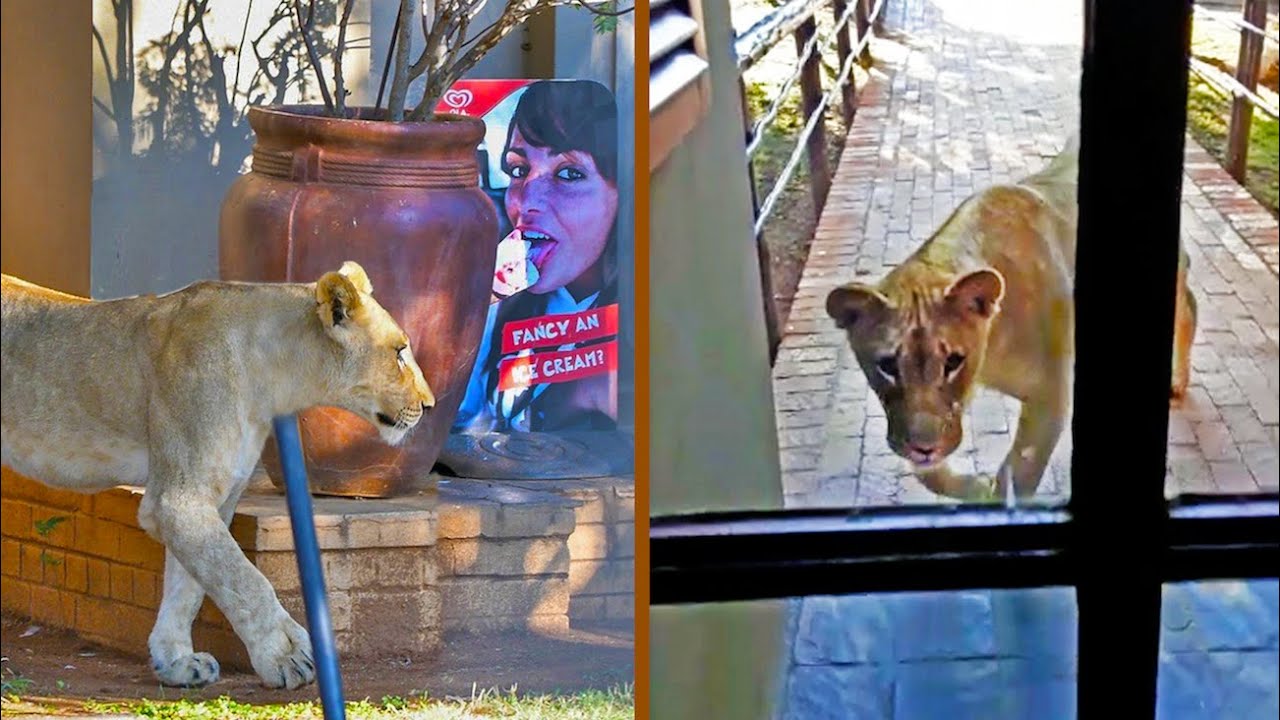 Animal sighting: A lion tries to enter a restaurant full of tourists

This incredible animal sighting video of a young lion visiting the Pilanesberg Center shows just how inquisitive these cats can be.

Sonja Lerm, a salesperson, opened the cafe around 8:00 a.m. to start a normal working day. But it was definitely not a normal day. Last Sightings caught up with her to find out what happened:

“We had just entered the center from the parking lot and watched the lions play in the distance. There were already staff inside and guests using the center’s facilities. On our way to open the gate, we noticed one of the young adult male lions walking straight towards us. We rushed inside and closed the door and walked away from the door.

“We were very excited but a little scared to see them so close as they stood right outside the door of the center. I filmed part of the sighting, but we were very afraid that the lion would try to get inside. After a while of standing in the doorway, peeking through the glass, the young lion walked away, joining the other lions where they were playing in the distance.

“It’s not the first time the lions have been at the center, but it was rare to see them walking towards us. I will always advise anyone in this position to stay calm and keep some distance.