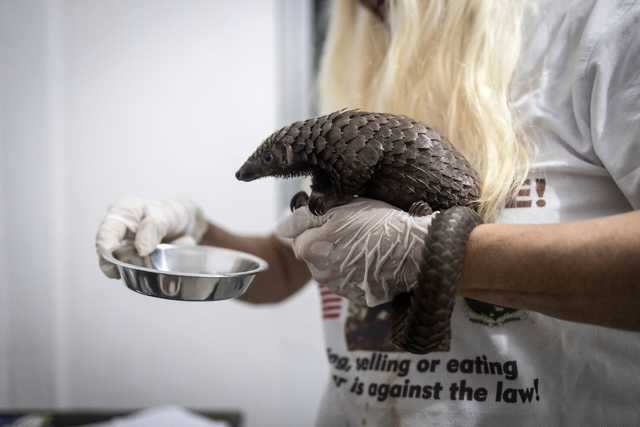 Animal rights organization World Animal Protection (WAP) wants the Convention on International Trade in Endangered Species of Wild Fauna and Flora (CITES) to end the multi-billion dollar animal trade , calling it its devastating impact on wildlife populations around the world.

According to the WAP, 1.6 trillion wild animals are traded each year – dead or alive – and ending the trade would protect Africa’s wildlife from cruelty and exploitation.

WAP investigations revealed shocking images of African gray parrots plucking their feathers, baby cheetahs dying of dehydration and lions so thin their ribs were sticking out, locked in cramped cages waiting to be dispatched, undetected.

CITES is an international agreement between governments to ensure that trade in specimens of wild animals and plants does not threaten their survival in the wild.

CITES data between 2011 and 2015 shows that around 1.5 million live animals were traded as exotic pets and 1.2 million skins were exported legally.

“The top five species from Africa currently exported for the exotic pet trade are the savannah monitor, leopard tortoise, emperor scorpion, African gray parrot and ball python,” said Patrick Muinde, director of WAP search. “Trade can lead to their extinction in the wild. Wildlife is driven out of Africa every day.

Other targeted animals are pangolins, lions and elephants.

Cite appendix two gives countries quotas to export certain products because they have viable animal populations. Appendix 1 does not allow any exchanges. Pangolins are listed in Appendix 1 of the Cites, but the illegal trade in pangolin scales, mainly for use in traditional Chinese medicine, is rampant.

“The sheer scale of wildlife interference impacts not only animals, but also people and our planet. It is high time that CITES parties recognize that wild animals are not commodities. CITES export quota provisions must be completely zeroed out to end the wildlife trade and protect wild animals in their habitats,” Dr Kabesiime said on World Wildlife Day. wildlife this year, March 3.