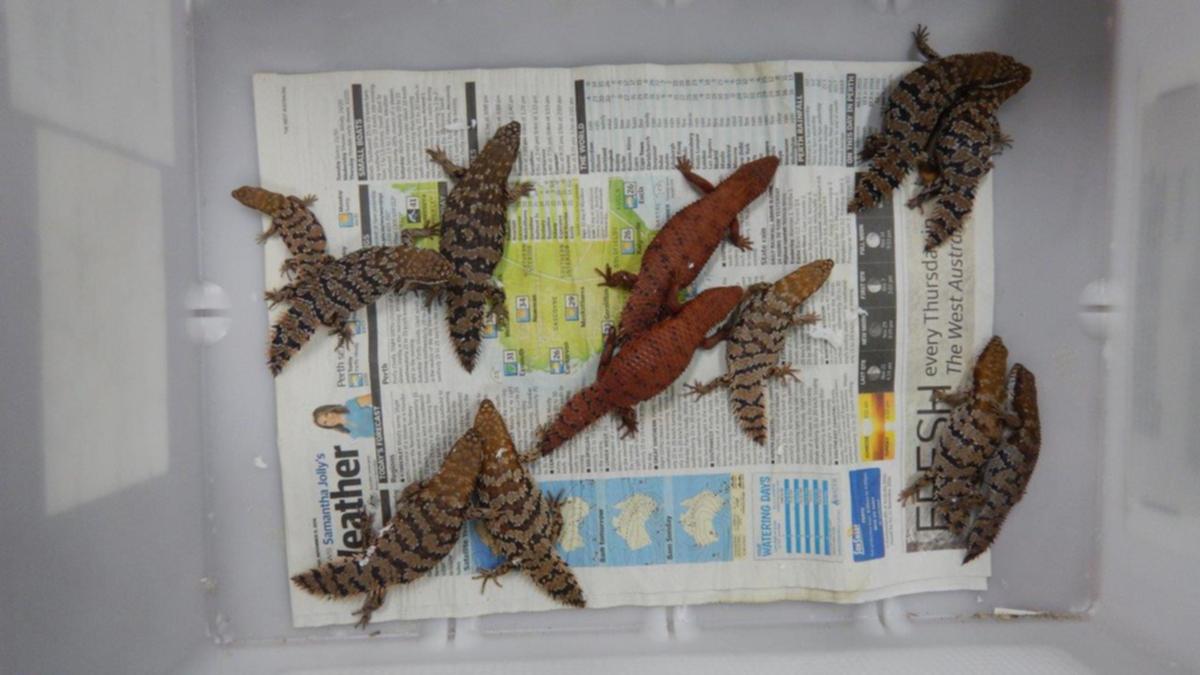 Two men have been convicted after trying to smuggle live lizards from northern WA to America.

The men, aged 31 and 39, pleaded guilty to traveling to Broome in 2018 where they captured Western Pilbara spiny-tailed skinks with the intention of selling them in the United States.

The species was discovered in 2011.

A joint investigation between the Australian Border Force and US wildlife officers found the men captured more than a dozen lizards and attempted to ship them in two separate packages to Miami in Florida and Medford in Oregon .

They hid the lizards in plastic containers with several air holes.

ABF seized one of the packages in April 2018 from a WA postal facility and found 15 lizards concealed in several plastic containers with holes for airflow.

The men were sentenced in February 2022.

“Wildlife smuggling is a global problem and one of the largest transnational organized criminal activities,” he said.

“Sending animals in packages is illegal, cruel and inhumane, many animals smuggled in this way do not survive.”