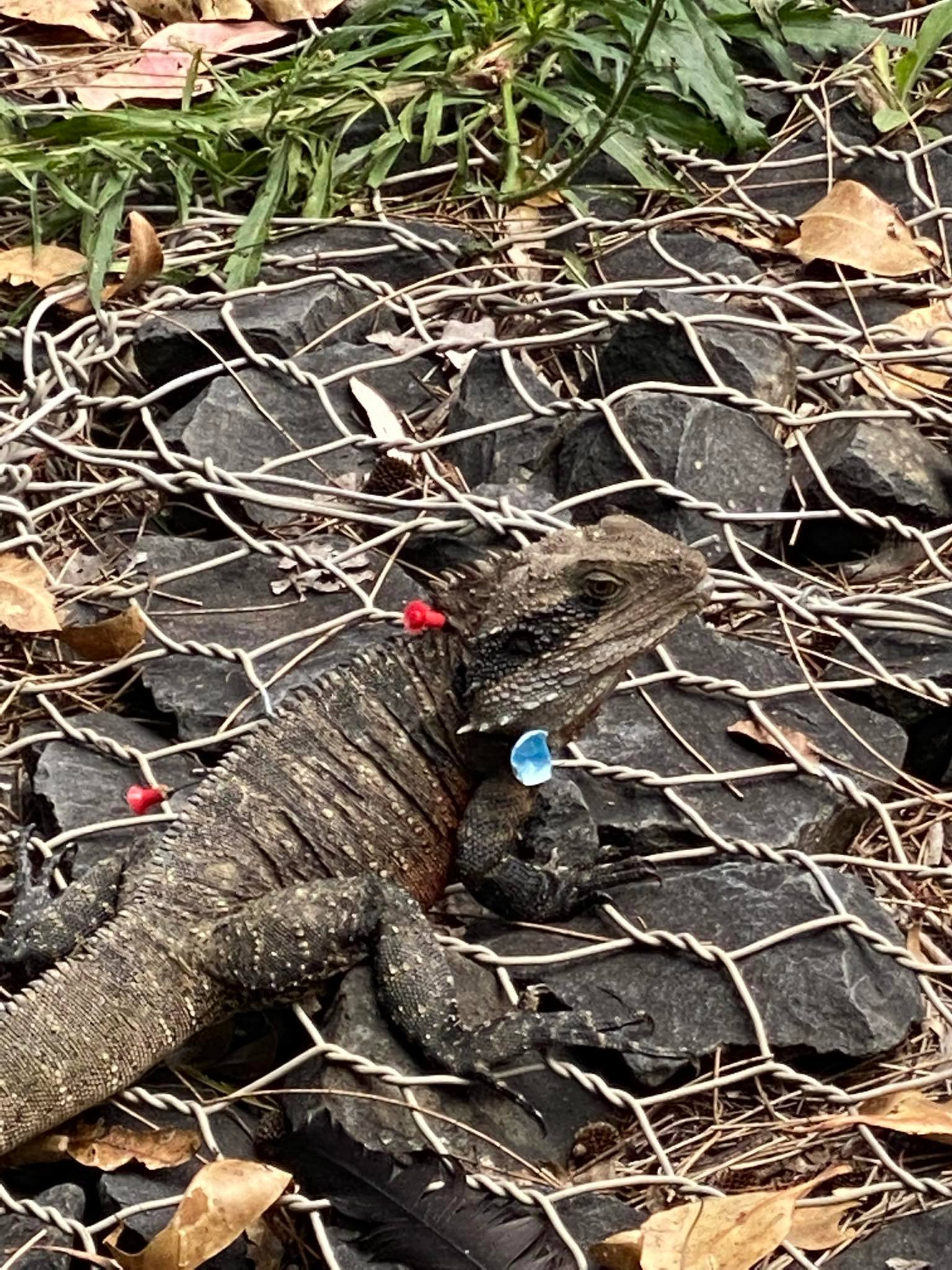 UPDATED FEBRUARY 18: Two water dragons captured by local wildlife rescue teams following a series of ruthless darts on Australia Day have been treated and returned to their habitat.

At least half a dozen water dragons, and possibly birds too, were shot with darts on northern beaches, in a gruesome discovery in Warriewood on January 26, 2022.

The clear case of cruelty was called out in the Sydney Wildlife; the offenses all occurred on the Shearwater estate in Warriewood.

“When we arrived at the scene we saw four dragons, some with multiple darts fired through different parts of their bodies as well as scattered darts in the bush.

“We managed to catch a dragon, which had a dart fired through its shoulder.”

The next day, Collaroy Vet was notified of a second water dragon with similar injuries. The vet removed a dart fully inserted in the middle of his shoulders – luckily it had missed his spine and brain. He too was released after being taken care of by one of the Sydney Wildlife staff and an examination by our volunteer vets.

Sydney Wildlife reports: “Our volunteers and concerned locals continued to search the area daily and on January 28 spotted another dragon with a blue dart in its tail. They failed to catch it – unfortunately Water Dragons are very fast and despite injuries they can still swim and climb trees.

“This incident of cruelty was reported to the RSPCA and NSW Police who immediately attended. Darts collected from the area as well as those removed from injured water dragons have been turned over to police for DNA testing, and they hope to identify the culprits. We would like to see the dart guns used in these cowardly attacks banned. »

DNA may be too compromised to provide reliable information to the police, so it is especially important that anyone with information report to the police. If you have any information that would help their investigations, please contact Dee Why Police on (02) 9971 3399 or Crime Stoppers 1800 333 000.

Police are asking the community to keep an eye out and report suspicious behavior to 9971 3399. If you spot a water dragon injured by a dart, immediately call Sydney Wildlife on 9413 4300.

You can also contact WIRES who have also been made aware of the case and have reported it as animal cruelty.

There are reports of birds injured with the darts but these have yet to be relocated.

Water dragons are Australia’s largest dragon lizard. It is a protected animal native to this region.

A few dozen loose darts were also found in the bush yesterday and some were homemade using nails and silicone.

We will update this article as the investigation continues today.