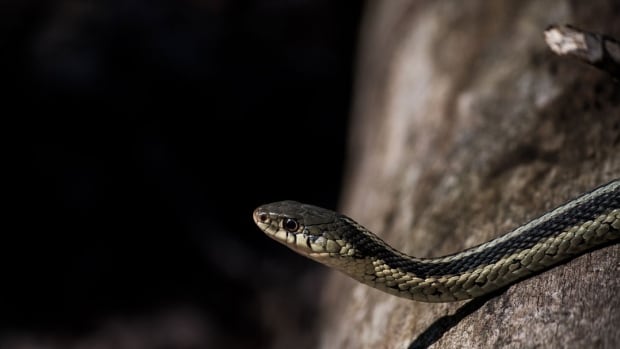 CBC News has learned that a controversial Ontario reptile zoo plans to open a new location in the city, despite the council’s refusal in 2018 and a total ban on private zoos more than a decade ago.

Reptilia is an accredited zoo by the Canadian Association of Zoos and Aquariums (CAZA) and bills itself as “Canada’s Largest Indoor Reptile Zoo”. The company operates two Ontario locations in Whitby and Vaughn and has a menagerie of 250 animals, including crocodiles, lizards, turtles and poisonous snakes, like the deadly black mamba.

Reptilia looked for opportunities to expand its business and considered London in 2018, but was ultimately rejected by city council in December of that year.

I have never seen the staff go against the direction of the city council so blatantly.-Julie Woodyer, Zoocheck Canada

Now CBC News has learned that the company is moving to the city anyway after receiving a building permit from city staff in January 2021 to build its proposed facility at the Westmount Mall.

The information was gleaned from emails obtained by CBC News from Zoocheck Canada, and the documents included a series of notes exchanged between the Toronto-based animal welfare charity’s director of campaigns, Julie Woodyer , and George Kostifas, the city’s building official.

In the emails, Kostifas writes, “Reptilia was interpreted as a ‘place of entertainment'” and obtained a building permit at Westmount Shopping Center in January 2021.

The zoo would be allowed to operate, he wrote, because “Reptilia is exempt” from London’s exotic animal regulations as it is licensed by the provincial government to house native wildlife, such as garter snakes and species of native turtles.

Woodyer told CBC News on Friday that she disagreed with the interpretation, arguing that the building officials’ decision circumvents democratic decision-making.

“Staff are basically working around that, looking for loopholes to allow this facility to work,” she said.

“We work with city councils, hundreds of them, across the country. I’ve never seen staff go so blatantly against city council guidelines.”

Weir Foulds wrote a nine-page assessment of the situation and offered his thoughts on whether staff could circumvent the advice by allowing the zoo to move forward on the assumption that it had a provincial license Ontario Ministry of Natural Resources and Forestry ( MNRF ) Native Wildlife Exhibit.

“Reptilia’s provincial license for its facilities only applies to native wildlife species,” the attorneys wrote in an Oct. 5, 2021, email to Zoocheck that was reviewed by CBC News.

“It is clear from Reptilia’s website that its zoos mainly feature exotic animals, which are not allowed [sic] by the province. »

In Ontario, it is illegal to keep native wildlife in captivity without an exemption. However, there are no provincial laws restricting the ownership of dangerous exotic animals such as crocodiles or deadly poisonous snakes, such as spitting cobras and black mambas, all of which are included in Reptilia’s collection.

Lawyers for Weir Foulds concluded the planning permission was issued “in error” because “Reptilia is not permitted” under London’s zoning and animal regulations or provincial licensing scheme, which, note lawyers, is location specific.

Mayor Ed Holder’s office was contacted Friday for comment, but did not immediately respond to the request.

“Any information about Reptilia’s rental must come directly from the tenant,” property manager April Herlick wrote in an email to CBC News.

Reptilia chairman Brian Childs wrote to CBC News on Friday, saying he understood London City Council voted against moving animal shows in 2018 and not Reptilia expanding into the city.

Childs noted that the company would post a response “soon.”

The Big Read: Saving Singapore’s endangered species, one ‘animal bridge’ at a time