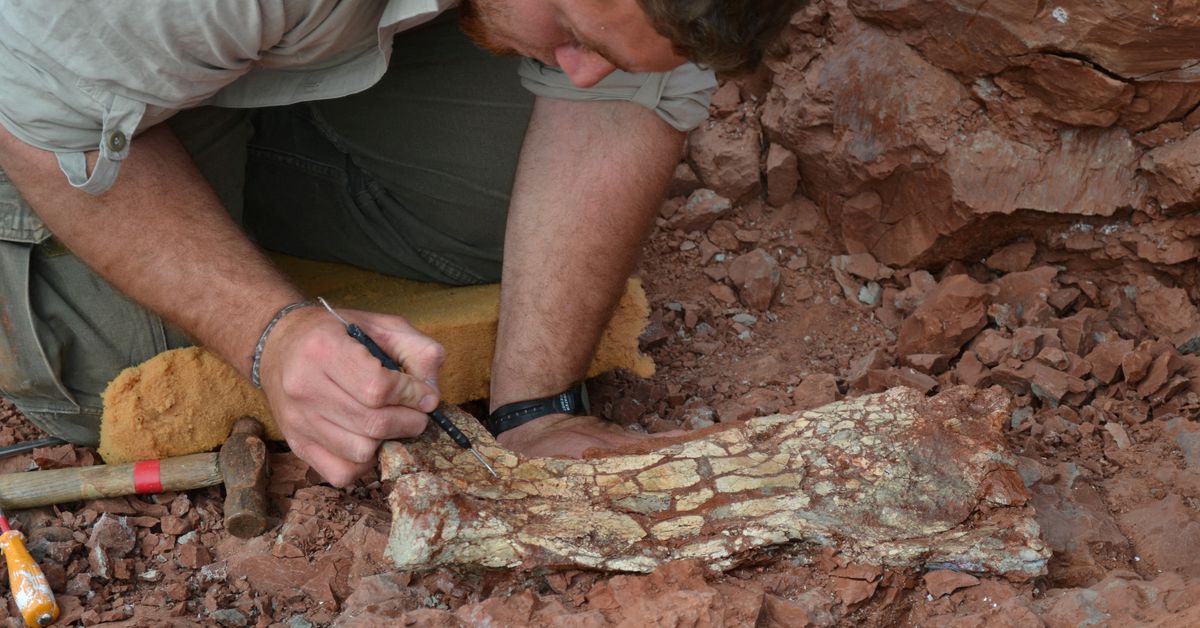 BUENOS AIRES, May 23 (Reuters) – Scientists in Argentina have discovered a new species of a huge flying reptile dubbed “the dragon of death” that lived 86 million years ago alongside dinosaurs, in a discovery that gives new insight into a predator whose body was as long as a yellow school bus.

The new specimen of an ancient flying reptile, or pterosaur, was around 9 meters long and researchers say it preceded birds as among the first creatures on Earth to use wings to hunt prey in the prehistoric skies.

The team of paleontologists discovered the fossils of the new Thanatosdrakon amaru in the Andes, in the western province of Mendoza, Argentina. They found that the rocks preserving the reptile’s remains dated back 86 million years to the Cretaceous period.

The estimated date means these fearsome flying reptiles lived at least some 20 million years before an asteroid impact on what is now Mexico’s Yucatan Peninsula wiped out roughly three-quarters of life on the planet. planet about 66 million years ago.

Project leader Leonardo Ortiz said in an interview over the weekend that the fossil’s previously unseen features necessitated a new genus and species name, the latter combining ancient Greek words for death (thanatos) and the dragon (dragon).

“It seemed appropriate to name it that,” Ortiz said. “It’s the dragon of death.”

The reptile would probably have been a scary sight. The researchers, who published their study last April in the scientific journal Cretaceous Research, said the fossil’s huge bones rank the new species as the largest pterosaur ever discovered in South America and one of the largest ever found. .

“We don’t have a current record of a close relative who even has a similar body modification to these beasts,” Ortiz said.

Here’s how to protect 1,300 endangered animal species in Texas

NJ FFs respond to animal in tree, but it wasn’t a cat