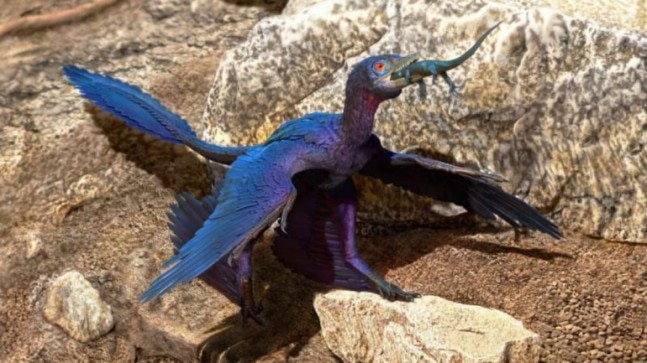 The lizard is unlike any other known from the Cretaceous and represents a new species – Indrasaurus wangi.

The lizard is unlike any other known from the Cretaceous and represents a new species – Indrasaurus wangi. (Illustration by Doyle Trankina)

A team of researchers has discovered a new microraptor specimen – flying dromaeosaurid Microraptor zhaoianus – with the remains of an almost complete lizard preserved in its stomach. The researchers named the lizard after Lord Indra.

The new lizard had teeth unlike any previously known from Jehol Biota, expanding the diversity of this clade and possibly suggesting a unique diet for this new species.

Why was the lizard named after Lord Indra?

The lizard is unlike any other known from the Cretaceous and represents a new species – Indrasaurus wangi.

The name Indrasaurus was inspired by a Vedic legend in which the god Indra was swallowed by a dragon during a great battle (the dragon here referring to Microraptor).

The lizard was also named after Professor WANG Yuan of the IVPP, who is also the director of the Paleozoological Museum of China. Professor WANG is an expert on China’s paleoherpetofauna and has been responsible for many Chinese fossil exhibits.

Details of the study have been published in the Journal of Current Biology. 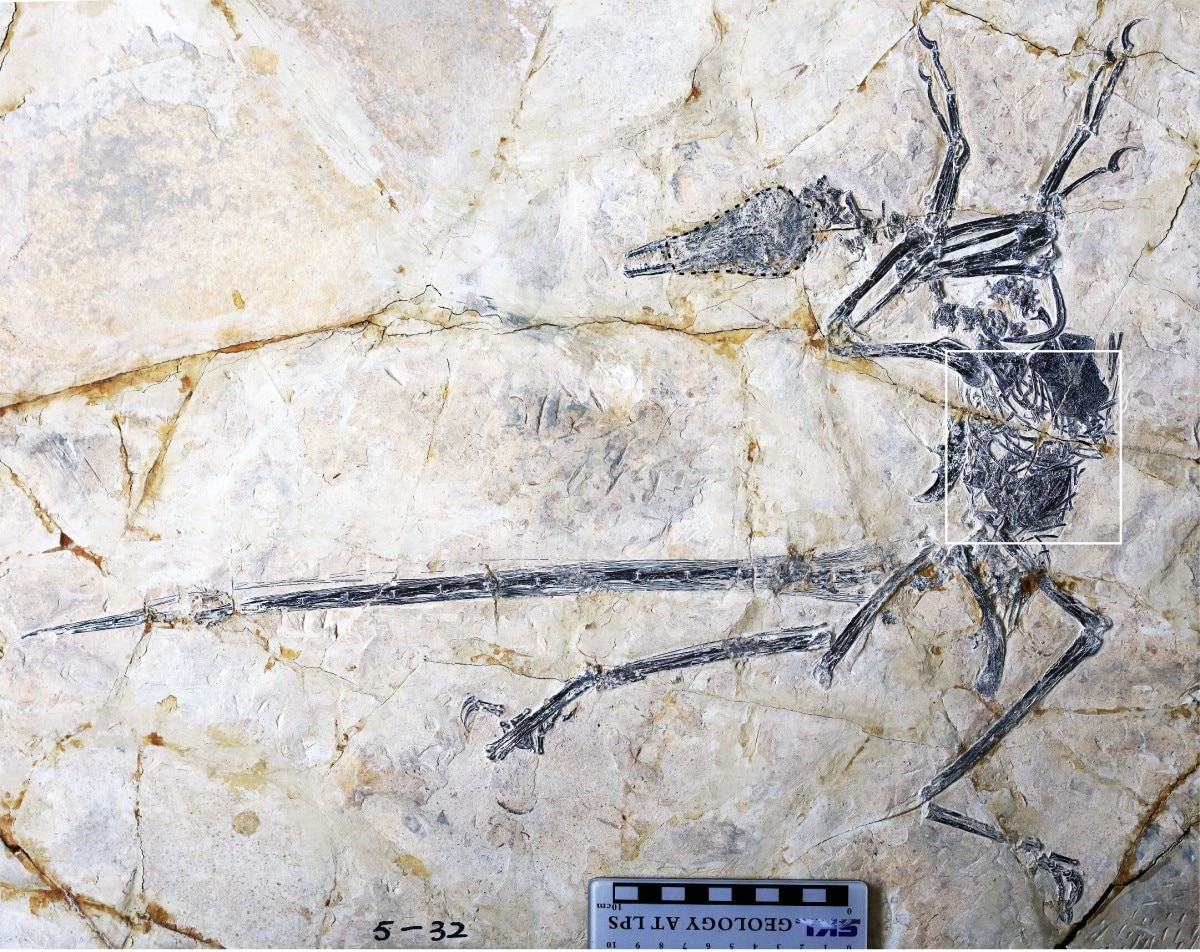 Fourth discovery of Microraptor with other species in the stomach

This is the fourth documented occurrence of a stomach-content-preserving Microraptor — this dinosaur is now known to have fed on mammals, birds, fish and lizardssupporting the interpretation that it was an opportunistic predator.

The lizard is nearly complete and jointed, showing that it was swallowed whole and headfirst, meaning that Microraptor fed in a manner similar to living carnivorous birds and lizards.

Although the Jurassic troodontid Anchiornis was recently shown to have egested pellets similar to extant carnivorous birds (the most famously documented in owls), this ability was apparently absent in Microraptor, further adding to the evidence that the evolutionary transition from dinosaur to bird was characterized by extreme homoplasy – that is, many traits evolved several times independently in closely related groups.

Over the past 20 years, direct evidence of trophic interactions in Jehol Biota has slowly accumulated. There are now 20 predator-prey relationships documented by direct evidence from stomach contents.

Read: Frankenstein Dino: The missing link in the evolution of Dinosaur finally released

Click here for IndiaToday.in’s full coverage of the coronavirus pandemic.