LIMA, Peru – Scientists have discovered a new species of lizard in Peru, the national conservation agency announced on Tuesday.

The new species, called Liolaemus warjantay, was found in the Peruvian Andes at an altitude of 4,500 meters (14,700 feet), according to a statement from the National Service for State-Protected Natural Areas.

“A valuable contribution of Peru’s protected natural areas to the world is the recent discovery of a new species of lizard,” the statement said.

The lizard’s head is dark gray, and females have pale yellow eyelids.

Undated photo released by the Peruvian National Service of State-Protected Natural Areas (SERNANP) on September 28, 2021, of a Liolaemus Warjantay, a new lizard species discovered in the Cotahuasi Reserve, Arequipa, Peru. The new species belongs to the genus Liolaemus, characterized for having one of the greatest diversities of known lizards, more than 280 different species, which inhabit much of the surface of South America and have the ability to adapt to an extraordinary variety of habitats. 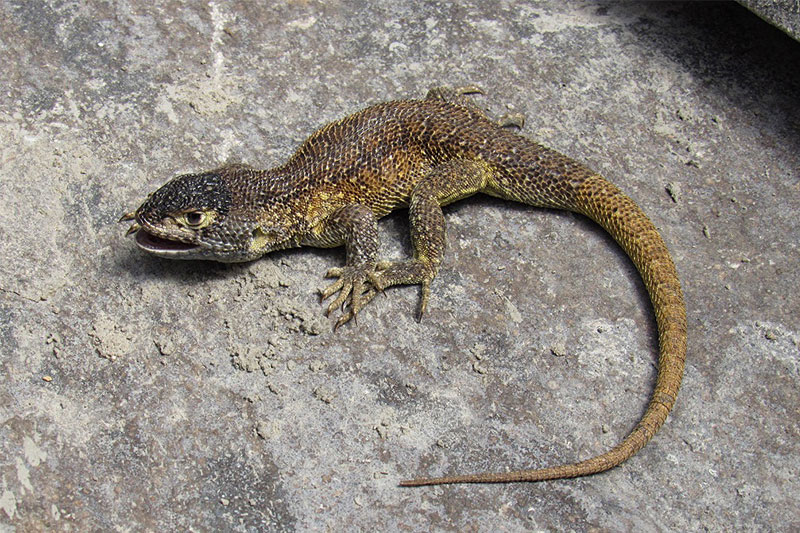 The discovery was recorded a few weeks ago in cooperation with scientists from Argentina, Chile and Bolivia.

The Cotahuasi Sub-Basin Landscape Reserve, where the lizard was found, is a protected area in the Arequipa region of southwestern Peru covering 490,550 hectares (1,900 sq mi) .