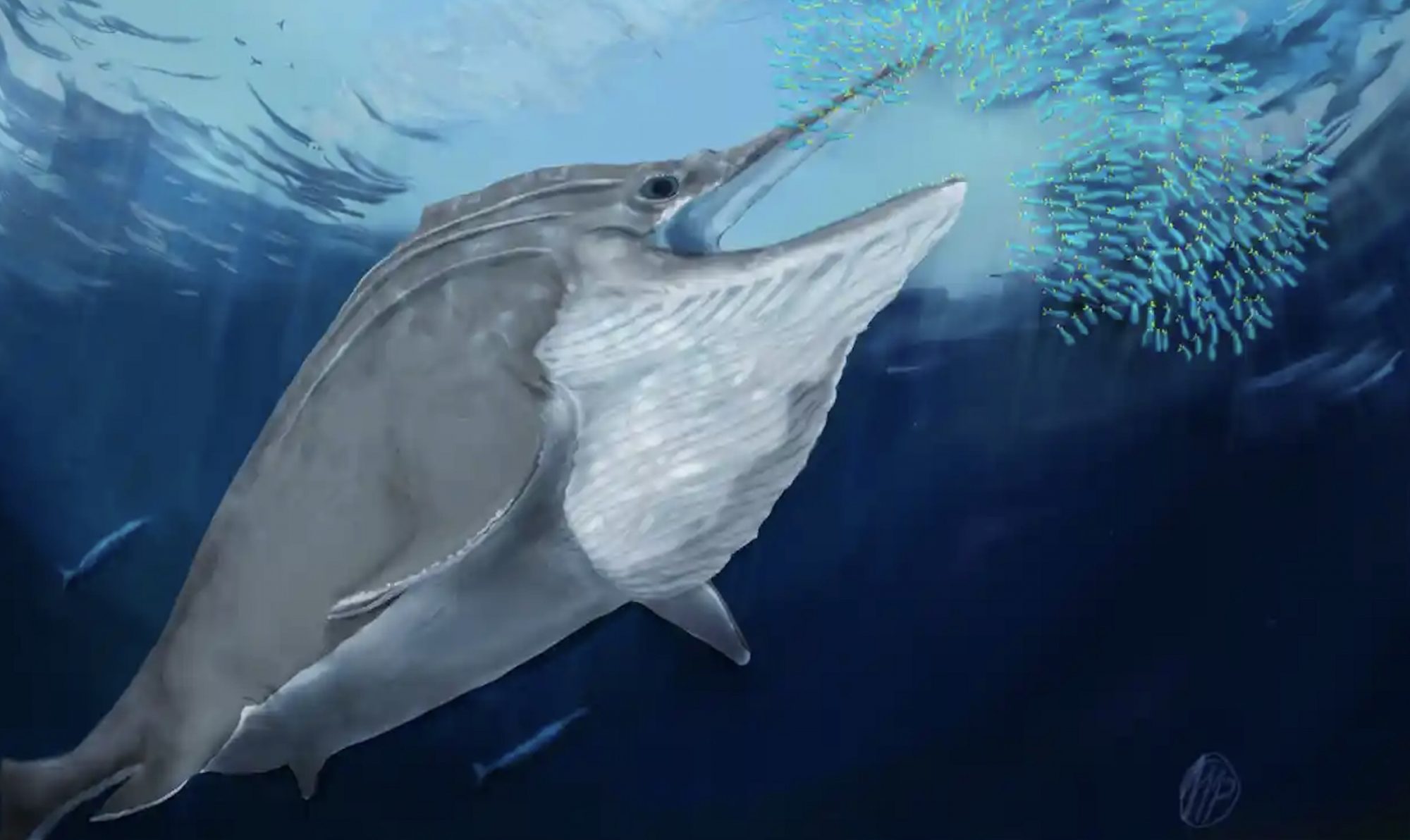 A new ichthyosaur fossil would be the largest animal ever discovered

Researchers have found the largest ichthyosaur tooth ever seen, its width being twice that of any known aquatic reptile

Paleontologists found the largest ichthyosaur tooth ever while digging in the Swiss Alps between 1976 and 1990. The team found sets of fossils depicting three new ichthyosaurs that may have been among the largest animals to ever live .

The fossils were found during geological mapping in the Alps

Dr. Heinz Furrer, co-author of this study, was part of a team that recovered the fossils during geological mapping of the Kössen Formation in the Alps. More than 200 million years ago, the rocky layers still covered the seabed but with the folding of the Alps, they had reached 2,800 meters above sea level.

Dr. Furrer said he was delighted to have discovered “the longest ichthyosaur in the world; with the thickest tooth found to date and the largest trunk vertebra in Europe!

Lead author P. Martin Sandler, from the University of Bonn, said: “Perhaps there are more remains of giant sea creatures hiding under the glaciers.”

“Bigger is better. There are distinct selective advantages to large body size. Life will go there if it can. There were only three groups of animals that had masses greater than 10 to 20 metric tons: long-necked dinosaurs (sauropods); whales; and giant Triassic ichthyosaurs.

Place the new Ichthyosaur in time, 250 million years ago

Fossils have been concentrated in North America and Europe, but ichthyosaurs have also been found in South America, Asia, and Australia. The giant species have mostly been unearthed in North America, with rare finds from the Himalayas and New Caledonia, so the discovery of other mastodons in Switzerland represents an expansion of their known range.

Very little is known about these creatures, with evidence from the UK and New Zealand suggesting some of them were the size of blue whales. An 1878 paper credibly describes an ichthyosaur vertebra 45cm in diameter from there, but the fossil never made it to London and may have been lost at sea.

Sander said, “It represents a major embarrassment to paleontology that we know so little about these giant ichthyosaurs despite the extraordinary size of their fossils. We hope to meet this challenge and find new and better fossils soon.”

The second case of a giant ichthyosaur with teeth

The tooth described by the article is only the second example of a giant ichthyosaur with teeth, the other being the 15 meter long Himalayasaurus. These species probably occupied similar ecological roles as modern sperm whales and killer whales. Indeed, the teeth are curved inwards like those of their mammalian successors, indicating a mode of prehension feeding conducive to the capture of prey such as giant squid.

Because the tooth described in the article was broken off at the crown, the authors were unable to confidently assign it to a particular taxon. However, a peculiarity of the dental anatomy allowed researchers to identify it as belonging to an ichthyosaur.

“Ichthyosaurs have a feature in their teeth that is almost unique among reptiles: the folding of dentin in the roots of their teeth,” Sander commented.

“The only other group to show it are the monitor lizards.”

from the editor Recommended Articles