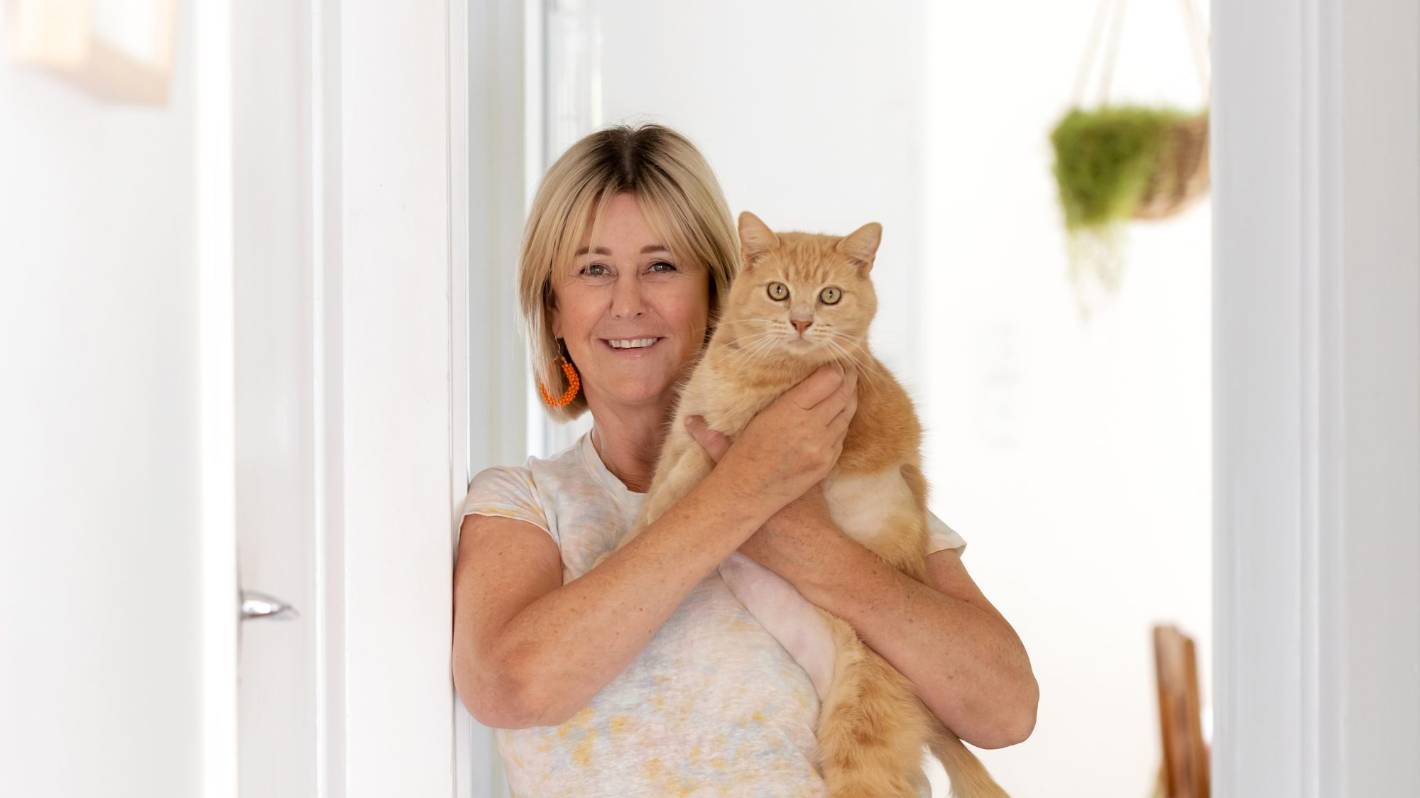 Anti-farm, anti-NZ, traitor: these are just some of the names Debra Ashton has been given.

But the SAFE CEO admits the passion she has for animals and improving their lives far outweighs any personal cost.

Ashton (Te Āti Haunui-a-Pāpārangi) lives in Wellington with her husband Joe Knowles, a business manager, and their two cats, four chickens and a pigeon. She says Sharon Stephenson why she is into it when it comes to animals.

Have you always loved animals? I grew up in Wainuiomata, the youngest of seven children, and we have always had cats.

At the time, desexing wasn’t common, so we ended up with a lot of kittens that I adored. I always joke that I was raised by kittens.

Did you also have a weakness for lizards? My father was a sawyer who found lizards and wētā among the wood and brought them home.

My mother taught me to defend those who had no voice and that, along with my father’s respect for all living creatures, put me on the path to animal advocacy.

There were a few detours though? I was a dancer in a professional dance troupe that performed on 80s TV shows such as Ready to go. I wanted to get into show business so I asked Avalon Studios if I could be a makeup artist and they said I had to learn hairstyling first. So I did that and seven years later they hired me as a trainee makeup artist.

It followed over 30 years in the industry where I worked on everything from the Lord of the Rings movies at home Hello show before it moves to Auckland. I also owned my own hair and makeup salon for four years.

The hairstyle is where you had your A-ha moment? I was 18 when a customer gave me a pamphlet on animal testing and I was mortified.

I didn’t realize they were doing horrible things like spraying shampoo in rabbits eyes. I joined the Anti-Vivisection Society and took the bus and train to Wellington to attend meetings. I started writing letters to companies that used animal testing and educating them about the barbaric practice of animal testing.

Did that bring you to the SPCA? I volunteered for years and then the opportunity arose to serve on their board of directors, which gave me experience in governance.

In 2009, I joined SAFE’s Board of Directors and was later appointed Managing Director. I have been CEO for four years.

You have participated in many campaigns at SAFE. What are your proudest moments? In 2020, we partnered with the New Zealand Animal Law Association to win a case against the government for failing to phase out cruel pig farrowing crates.

We are still waiting for the government to make the necessary changes. We have also worked to ban battery cages, sow cages and a live animal export ban which is due to be phased in next year.

But it was not easy? You can see terrible things in this work. The animal cruelty videos are particularly hard to watch, such as scenes of bobby calves literally being thrown into the back of slaughterhouse trucks.

So there’s the inherent cruelty of farming, which is taking calves away from their mothers, but there’s also the deliberate cruelty of hurting them before they’re killed, which takes things to a whole different level.

Even on my way home from work, I often see slaughterhouse trucks and the eyes of animals staring at me – it really strikes me that they are about to be killed.

Is it difficult to manage this? SAFE has a process for reviewing animal cruelty footage and we also offer psychological support to staff if needed. But the longer I stay in this job, the harder it is to watch these things.

So why do it? Because of my desire to change. And so many things need to change in our country.

I’m not against agriculture and I’m not approaching it aggressively, but the world is changing rapidly and the environment we can’t sustain this level of agriculture. Socially, eating animals also becomes inappropriate. Aotearoa needs to look for alternatives and ways to move away from raising and eating animals.

There are so many great plant-based alternatives, as well as clean meat and cellular meat, being introduced overseas these days that if New Zealand doesn’t follow them and adapt , I fear that we are being left behind.

I can see how it could harm your mental health. How do you de-stress? I walk, grow vegetables and lead a rich life outside of work. I’m pretty good at handling stress.

What would you do if you didn’t defend animals? I’m not sure because for most of my adult life I volunteered with animal charities and for years I had an animal rights show on Access Radio.

So I can’t imagine not being involved in some way. But at some point, everyone has to move on and allow new blood to come in with new ideas. Once I quit this job, I’ll probably go back to volunteering, probably something to do with cats.