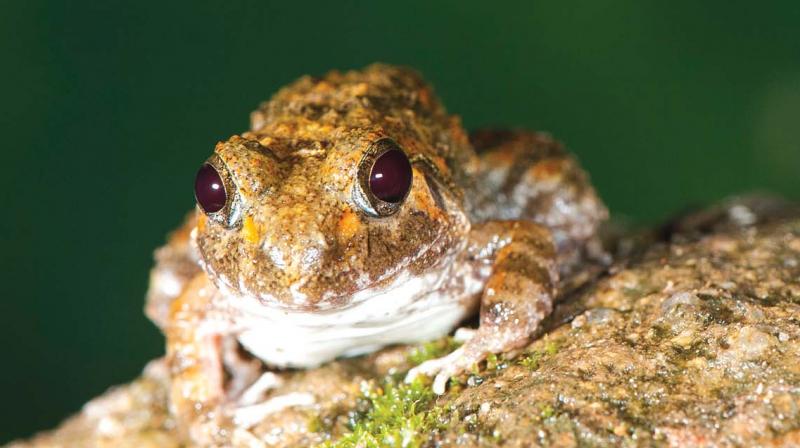 HYDERABAD: For the first time, as many as 98 species of amphibians, lizards and snakes have been discovered in Telangana, according to a study published in the Journal of Threatened Taxa.

Researchers found 16 species of frogs and toads from four families, one species of crocodile, six species of turtles and tortoises, 35 species of lizards and 40 species of snakes
in the state. The research publication was co-authored by Dr. G. Chethan Kumar, whose Ph.D. was based on endemic large-bodied Hemidactylus lizards under
Dr. C. Srinivasulu.

According to the study, frogs, toads, lizards and snakes, collectively called “herpetofauna”, are an integral part of the food pyramid because they play an important role in the ecosystem. These species help control pest and rodent populations that damage both standing crops and stored grain.

“This work documents herpetofauna as a whole for the first time and provides the gold standard database on this important group of animals,” said Dr. C. Srinivasulu, lead author of the research paper and associate professor. of Zoology and Director of the Center for Biodiversity and Conservation at Osmania University.

“For ease of understanding, we provide the accepted English name, Telugu name, IUCN status, whether or not the species is included in the Indian Wildlife Protection Act and CITES, and endemicity. The species that are traded internationally are protected under the Convention on International Trade in Endangered Species of Wild Fauna and Flora, which is an international agreement between governments to ensure that trade in specimens of animals and plants wildlife does not threaten the survival of the species,” he said.