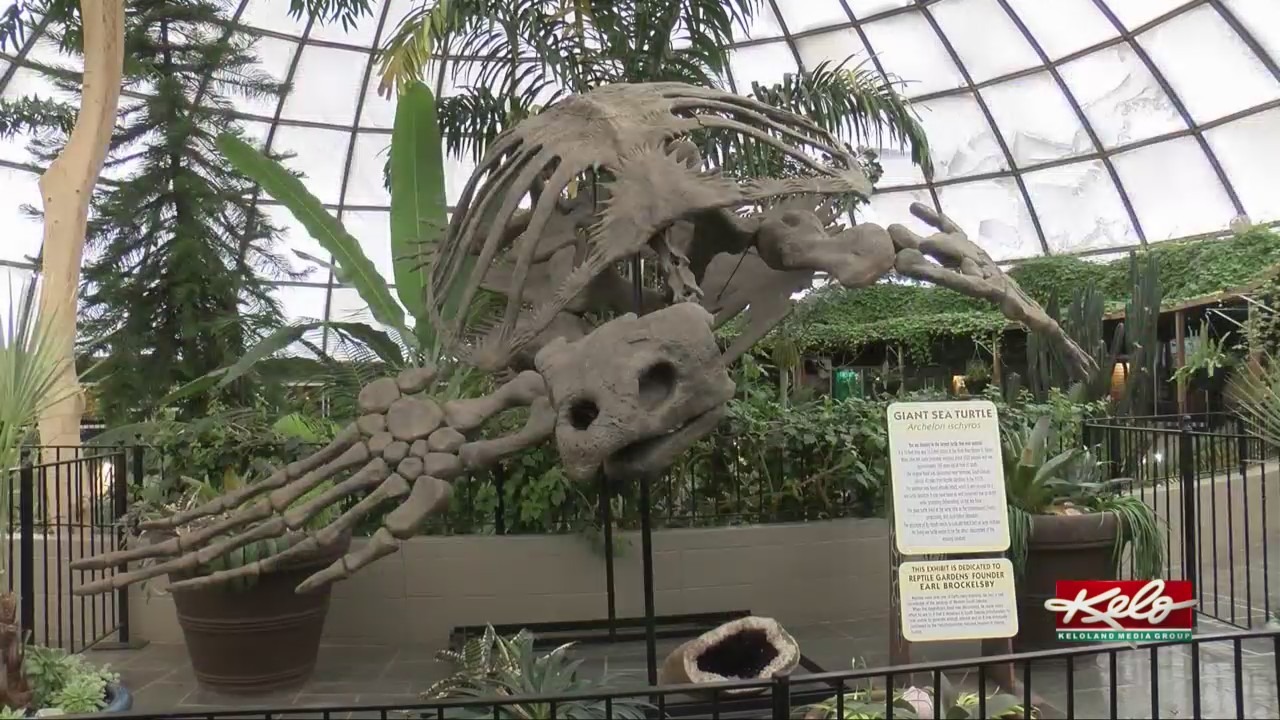 It’s your typical March weather here in the Black Hills.. but that doesn’t stop guests from visiting Reptile Gardens.

Gabriel Michaloski, his wife Jennifer and their son Mark braved the snow to be one of the first visitors of the year.

“We thought rain or shine, we did that. We’re going to Reptile Gardens, we’re going to check it out. And this little guy hasn’t been here yet either, so it’s going to be a good time,” said Gabriel Michaloski.

The Lions Pancake Feed desperately needs your help this year

It’s Mark and Gabriel’s first time visiting the gardens, and you can see the excitement on their faces.

“We’ve been past this for so long, we’ve been up in the hills, we’ve been up Mount Rushmore and every time we looked we said, ‘Someday, someday, we’ll see it. “” Gabriel mentioned.

“Yeah, super excited to see it and hopefully premiering many times this summer,” Jennifer said.

“When I started I was a teacher so I worked my summer vacation here at Reptile Gardens and I love visiting people, meeting people from all over the country, literally. And so it’s been a perfect job for me,” Mullally said.

She has worked at the attraction for over 30 years and says it is becoming more popular every year.

“We are busy, especially last year was a busy year for us,” Mullally said.

From snakes and spiders to alligators and lizards, this Rapid City staple has been catching people’s attention since 1937.

It was founded by Earl Brockelsby and continues to be run by members of his family, including his nephew, Joe Maierhauser.

“Well, in the 1930s, my uncle used to organize tours to a place up the hill called ‘Hidden City.’ even had a rattlesnake as a pet which he wraps on top of his head and puts his hat on and then at the end of visiting this place he makes his hat for all the tourists and of course they went wild,” Maierhauser said.

And from there, Brokelsby decided to create Reptile Gardens. Maierhauser worked here most of his life.

“I was born into this profession. It’s a family business and so my mother was here on opening day in 1937 with her brother Early who started the business and I’m here today,” Maierhauser said.

Over the decades, Maierhauser has seen Reptile Gardens move, change and grow in ways he never thought possible. Including foot traffic from last year.

“Well, last year was an anomaly. We were originally back towards the city, above Rapid City on the hill. When they moved the freeway in the early 60’s we moved here and opened this place in 1965 and it gave us a lot more square footage, a lot more room to grow and we continue to grow year after year . We’ve just become a destination now,” Maierhauser said.

As the business gets busier, Maierhauser hopes to continue to see visitors, like the Michaloskis, continue to return year after year.

“Watching him grow is very rewarding and the fact that so many people love what we do, it really does our family good,” Maierhauser said.

And so Maierhauser’s Uncle Earl can be proud of the Rapid City relic that will stick around for many years to come.

Reptile Gardens opened for the season on March 5. It closes for the winter on November 30.

‘Snake Road’ Farm in Illinois for Reptile and Amphibian Crossing