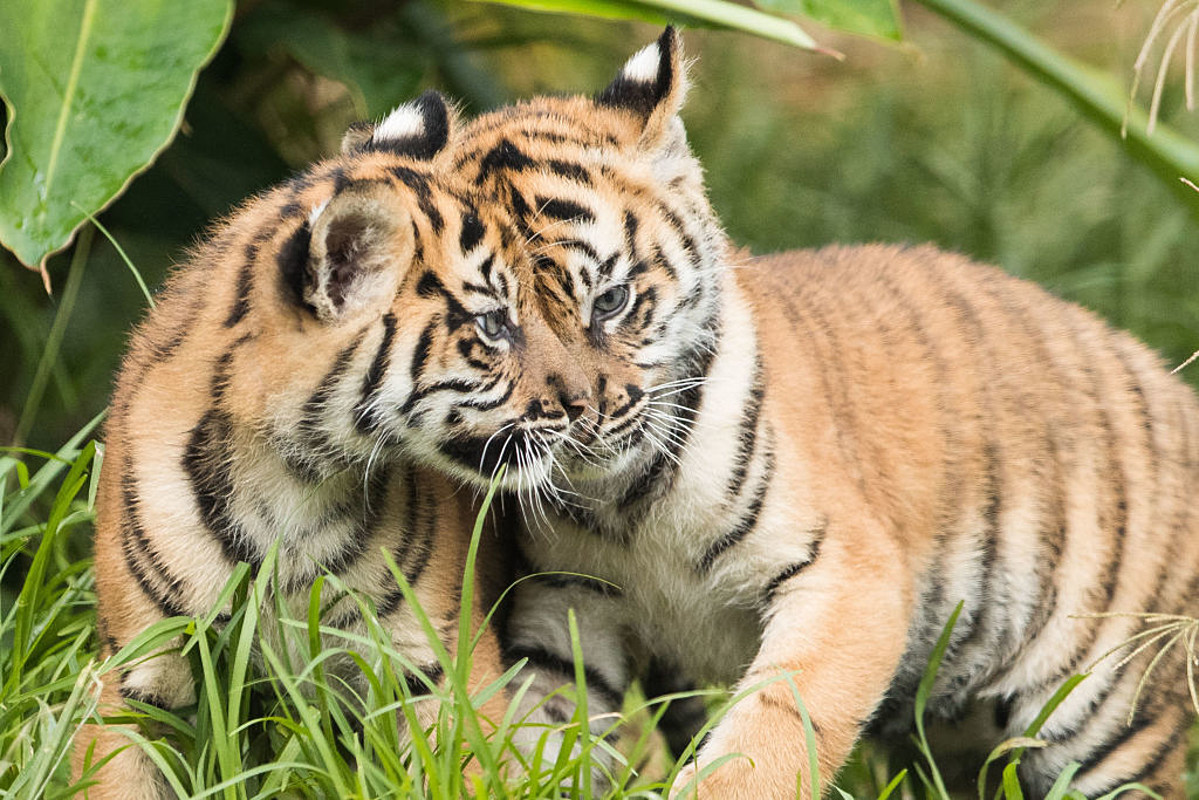 BANDA ACEH, Indonesia (AP) — Three critically endangered Sumatran tigers have died after being caught in traps on the Indonesian island of Sumatra. It is the latest setback for a species estimated to number around 400. Authorities said on Monday that a female and a male tiger were found dead on Sunday with leg injuries from a trap near a plantation of oil palms in eastern Aceh. district of Aceh province. The body of another female tiger was found hours later about 500 meters away with a trap still embedded in her neck and her legs nearly severed. An autopsy was underway by a team of veterinarians to determine the causes of the tigers’ deaths.

BANDA ACEH, Indonesia (AP) — Three critically endangered Sumatran tigers have been found dead after being caught in traps on the Indonesian island of Sumatra in the latest setback for a species estimated to number around 400, authorities said on Monday.

A female and a male tiger were found dead on Sunday with leg injuries caused by a snare near an oil palm plantation in East Aceh district, Aceh province, the head of the local police Hendra Sukmana.

The body of another female tiger was found hours later about 500 meters (550 yards) away with a trap still embedded in her nearly severed neck and legs, he said.
Sukmana said authorities have appealed to the community and plantation companies not to set traps in forest areas where wild animals may cross.

An autopsy was underway by a team of veterinarians to determine the causes of the tigers’ deaths, said Agus Arianto, who heads the conservation agency in Aceh, adding that several traps similar to those used to catch wild boar on farms were found in the area. around the dead tigers.

Snare traps are commonly used by farmers on the island of Sumatra to catch wild boars, which are considered destructive pests with a wide and voracious appetite for a variety of plants. However, poachers have also used snares to kill endangered wildlife for economic gain.

“We strongly condemn this incident and will cooperate with law enforcement in an investigation,” Arianto said in a statement.

Under Indonesia’s Natural Resources and Ecosystem Conservation Law, those who intentionally kill protected animals face up to five years in prison and a fine of 100 million rupees ($7,000).

According to the International Union for Conservation of Nature’s Red List of Threatened Species, Sumatran tigers, the most endangered tiger subspecies, are under increasing pressure due to poaching and declining numbers. their habitat in the jungle. He estimates that there are less than 400 Sumatran tigers left in the wild.

It was the last slaughter of endangered animals on the island of Sumatra. Environmentalists say the coronavirus pandemic has led to an increase in poaching as villagers turn to hunting to supplement their dwindling incomes.

In October, a tigress was found dead from wounds caused by a snare trap in Bukit Batu Wildlife Sanctuary, Bengkalis District, Riau Province, just two months after three tigers were discovered dead, including two cubs, in the Leuser Ecosystem Zone, a forested area for tiger conservation in the provinces of Aceh and North Sumatra.

Police in Aceh also arrested four men last June for allegedly catching a tiger with a snare and selling its remains for 100 million rupees ($7,000). A few days later, another Sumatran tiger died after eating a rat poison-soaked goat in the neighboring province of North Sumatra.

A baby elephant died last November after losing half of its trunk in a trap set by poachers who prey on the endangered species.

WATCH: Exotic pets you can own in New York

Looking for an exotic pet to legally own in New York State? Here is a list of some pets you can have apart from regular dogs, cats, and farm animals.

An invasive fish from Asia that can live on land for days and uses its sharp teeth to eat animals has been spotted in the Hudson Valley and other parts of New York State.

Who knew these vulnerable and endangered animals could only be found close to home at the Utica Zoo?

Reptiles and Fish as Pets Can Become Ill. Insurance covers even Their Veterinarian Visits.