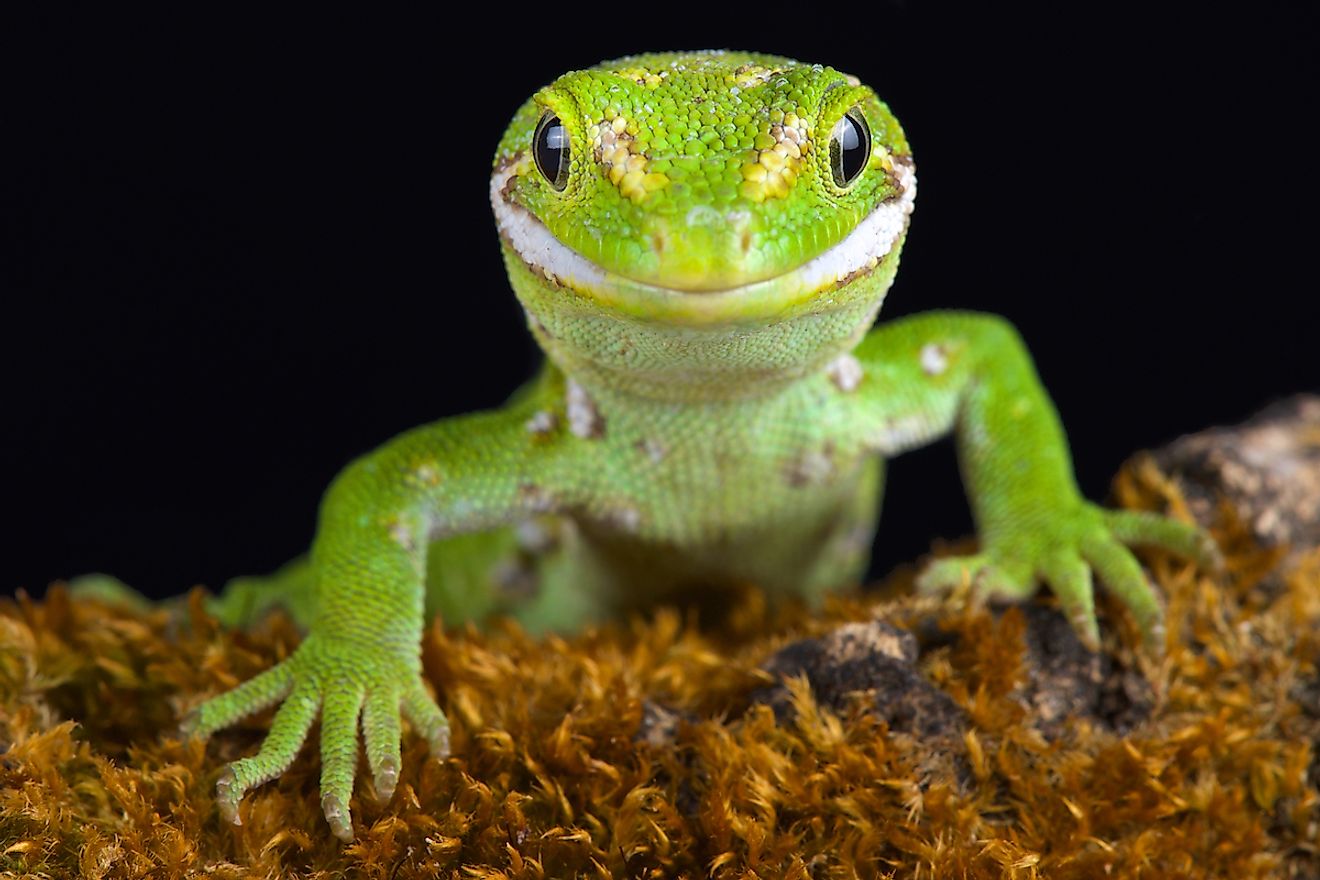 Reptiles come in many shapes and sizes. Lizards, a form of reptile, have scaly or prickly skin, along with a long body and tail, four legs, and movable eyelids. They can exist in a variety of environments, including grasslands, marshes, deserts, rocky environments, and forests, to name a few, and there are believed to be over 4,675 species of lizards living. currently.

These creatures are cold-blooded, which means they don’t produce their own body heat and have to sit in the sun on a hot rock to warm up.

What are the rarest lizards on Earth? Here is a look at ten that you would be lucky enough to find in the wild.

This lizard lives in only one place on Earth. He lives in an isolated piece of desert in Guatemala. It is poisonous and was discovered by scientists in the 1980s, but it is well known to local people who have lived near its home for a long time.

This gecko is originally from an island in Vietnam called Hon Khoai Island, and it inhabits an area that is said to be only 300 square meters (984 square feet). It is estimated that there are only 500 mature psychedelic geckos left in the wild. These colorful creatures look more like a candied lizard than the real thing and can be caught sunbathing on rocks and tree branches in the Vietnamese rainforest.

Native to the south island of New Zealand, the jeweled gecko is brightly colored and patterned. It can have stripes or diamond-shaped patterns on the back, and they are known to have a long life. Unfortunately, recently smugglers took these creatures out of New Zealand to sell them overseas as exotic pets, causing their numbers to plummet in their home countries.

Another lizard native to New Zealand, the Canterbury Skink likes to live in wooded areas, as well as rocky habitats. He is diurnal and as such hunts during the day. This skink is brown and striped almost like a snake, and sheds its scales one at a time.

Described as extremely rare, the Chesterfield Skink is found only on the west coast of New Zealand in an area of ​​less than one hectare. This species was first discovered in 1994. It is so rare that up to seven years have passed between sightings. Its beautiful coloring mixes copper with green, gold and black for a unique look. He can regrow his tail if he loses it, but the new one will not have its original pattern.

This rare lizard lives on only a few selected islands in the Philippines. It can grow to a length of around 5 feet (1.5 meters) – and it feeds on fruit, unlike many meat-eating lizards. The authorities do not know exactly how many the gray monitors can now exist in nature, but the numbers are believed to be low. This species is classified as vulnerable by the International Union for the Conservation of Nature.

The Hidden Dragon lives in the Kimberley region of Western Australia and can camouflage itself very well, which gives the name a good sense. A dusty brown coloring allows this lizard to blend in almost perfectly with its rocky surroundings. It is very elusive and can go years, even decades, without being seen by botanists.

This pale lizard lives only in the shiny oak sand dunes of southeastern New Mexico and a few counties in Texas. the dune sagebrush lizard is like the hidden dragon in that it is very well camouflaged to hide in its living space, being colored a light brown that matches the surrounding sand and rock.

The development of oil and gas in the United States threatens the habitat of this lizard and it is currently listed as Endangered by the New Mexico Department of Game and Fish. It has also been considered for listing under the Endangered Species Act by the US Fish and Wildlife Service since 2001.

This lizard is known to be endangered, and some even claim it is extinct. the Giant Anol from Culebra Islande has not been seen since 1932 in his native Puerto Rico. It is believed that deforestation in Culebra may have caused his downfall, or that feral cats attacked him too much, causing his death. If it still existed, it would be one of the rarest lizards on Earth.

Another lizard native to New Zealand, this one is also listed as Threatened and has the status of Critical at national level in his homeland. It is one of the 39 geckos currently known to live in New Zealand. Not much is known about many geckos in this country, and ongoing efforts are made by researchers to document more about them before they become extinct.